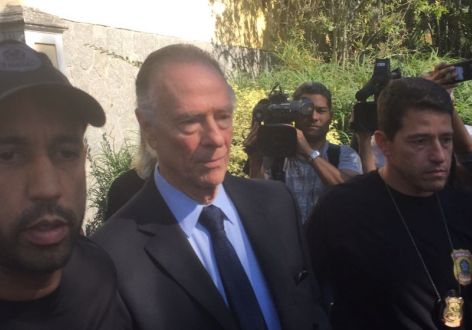 (ATR) Federal Police arrested Carlos Nuzman, president of Rio 2016, and Leonardo Gryner, former chief operating officer of Rio 2016, today as part of an ongoing investigation into vote buying ahead of the 2009 IOC Session.

Nuzman was arrested in his house in the upscale neighborhood of Leblon in Rio de Janeiro early this morning. His house was raided last month by Brazilian police in coordination with French prosecutors, leading to the seizure of multiple passports and around $150,000 in four currencies.

Prosecutors say an arrest warrant for the two individuals was issued after attempts were made to hide evidence after the search warrant issued on Nuzman’s residence, according to Brazilian outlet G1. A press conference is scheduled for later today by investigators to explain the new developments in "Operation Unfair Play." The pair was charged by authorities with corruption, money laundering and participating in a criminal operation.

Included in those hidden assets by Nuzman were a reported 16 kilograms of gold in a safe in Switzerland. In addition, prosecutors say that Nuzman’s net worth grew by 457 percent in the last 10 years without any evidence of income, according to G1.

"It is noteworthy that this amount, [$1.23 million] is due to shares of company based in the British Virgin Islands, known tax haven," the judge’s decision read.

Nuzman’s lawyer told Brazilian press that the measures against his client were unusual and harsh.

"I have no idea, I will [find out] what is going on and what the fundamentals of this measure are," Nuzman’s lawyer said. "It is a difficult and unusual measure in due process."

An IOC spokesperson said in a statement that its Ethics Commission had already started an investigation into Nuzman and "may consider provisional measures," in the wake of his arrest. Nuzman is an honorary IOC member after his membership ended in 2013.

"The IOC’s Chief Ethics and Compliance Officer has asked the Brazilian authorities for full information in order to proceed with the IOC’s investigation, and has offered the IOC’s full cooperation," the spokesperson said. "The IOC will not comment further on this matter until a recommendation is issued by the IOC Ethics Commission. It also reiterates that the presumption of innocence prevails."

The IOC investigation will be the first test of the newly elected members of the Ethics Commission including chair Ban Ki Moon. Although the alleged vote buying comes before the 2014 Olympic Agenda 2020 reforms, the scheme came less than 10 years after the IOC undertook major reforms in 2000 in wake of the Salt Lake City bribery scandal.

Nuzman and Gryner, according to investigators, are the alleged link between now-jailed former Rio de Janeiro Governor Sergio Cabral and Papa Massata Diack, the son of former IOC member Lamine Diack. Testimony from Gryner, reported by the Brazilian media, revealed a previously unknown meeting between Gryner and Nuzman with Brazilian businessman Arthur Soares.

French investigators say Soares paid Papa Diack $2 million to secure votes for the Rio 2016 Olympic Games. At the time, Lamine Diack was a senior IOC member from Africa and influential in the continent, which tended to vote as a block. Previous reports highlighted a multi-country lobbying effortby Nuzman and Gryner in the continent in a final push ahead of the 2009 IOC Session. Such trips are not against IOC rules and are typical for Olympic bids.

Earlier this year, Cabral was sentenced to 45 years in jail on corruption charges stemming from construction contracts related to the Brazil 2014 World Cup and the Rio 2016 Olympics. Soares, who has an international warrant out for his arrest despite his whereabouts being unknown, was an influential Brazilian developer who was close to Cabral during his governorship.