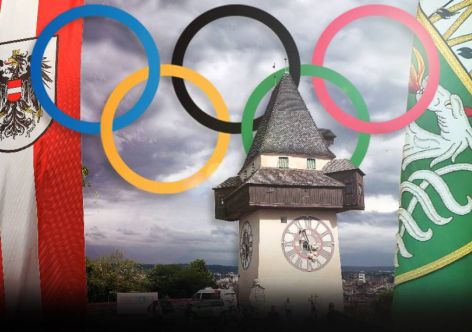 (ATR) Austria returns to the bid race for the 2026 Winter Olympics after a referendum torpedoed its original offering.

The mayors of Graz and Schladming say they will submit a letter of intent to the IOC by the end of March deadline. A more complete concept will need to be turned in by September.

Graz would be the host city and be home to the figure skating, short track and curling venues while Schladming would be used for Alpine skiing. But the potential bid would include other areas of Austria, with the Nordic competitions planned for Ramsau and Bischofshofen, snowboard and freestyle in Kreischberg and the biathlon competitions in Hochfilzen.

Schladming Mayor Jürgen Winter says the city council is to vote on the application on Feb. 7 but that no referendum is planned on the issue, according to Kurier.

A failed referendum in October doomed a potential bid by Innsbruck, with 53.25 percent of voters throughout the Tyrol region voting against it. The city of Innsbruck was even more opposed, with two out of every three voters saying no.

But the Austrian Olympic Committee (ÖOC) supports another try centered in the region of Styria.

"I remain an advocate for a winter sport showcase such as Austria at the Winter Olympics, all the more since the IOC and all international winter sports associations have signaled that they want to award the Olympics again to Alpine winter sports strongholds," ÖOC President Karl Stoss said in a statement.

The joint Austrian bid could face some stiff competition.

Sion, Switzerland has the support of both the Swiss Olympic Committee and the federal government though the bid must still get final approval from all stakeholders through an arduous process that could last until late next year.

Another possible European bid could be Stockholm, but so far the Swedish Olympic Committee and 2026 bid organizers have failed to get the local and national governments to sign off on it.

A potential bid by 1988 Winter Olympics host city Calgary is at a similar stage to Stockholm, with government support at all levels still needed.

The 1972 host city of Sapporo and the Japanese Olympic Committee (JOC) announced in November that they will enter the IOC’s dialogue stage for 2026 ahead of the March 31 deadline. Sapporo’s bid is the only one to be confirmed by its National Olympic Committee and not require additional approvals by stakeholders.

The United States Olympic Committee revealed in September that Denver, Salt Lake City and Reno-Tahoe are all interested in hosting the Winter Games. But the USOC has said it is more likely that a U.S. bid would come for the 2030 Games rather than the 2026 edition.