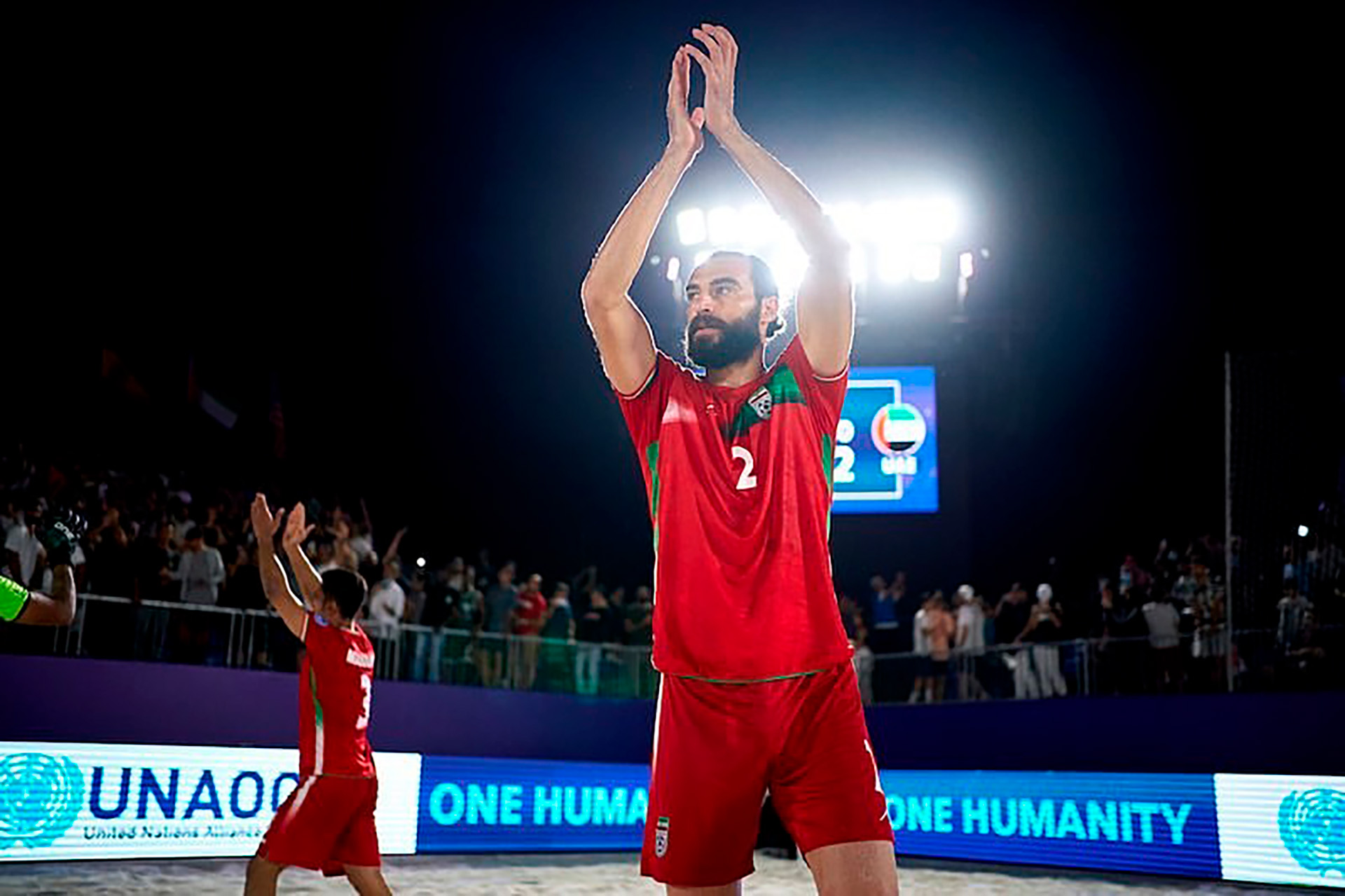 Amir Hosein Akbari, the championship MVP cheers to the crowd. Iran wins for the third time in four years.

Several of the best teams in the world gathered in the Middle East, at the end of the year, with a ball as an excuse and in search of glory. Of course, starting November 20, this dynamic will be adjusted to what will happen in Qatar 2022, but first it applies to the Dubai Intercontinental Beach Soccer Cup, which Iran won, and to the Neom Cup, which will be held this week in the Saudi Arabian arena.

The Main Stadium in Kite Beach, in the United Arab Emirates, is separated by 663 kilometers of highway and desert landscapes from the Lusail Stadium in Doha (host city of the 2030 Asian Games). The first will not host a World Cup final, but it was the scene last Sunday of the decisive clash in which the Iranian team beat Brazil 2-1 in the framework of the eleventh edition of the Intercontinental Cup. The same stadium hosted all the matches of the competition, which also had Paraguay (the new gold medalist at the South American Games in Asunción) on the podium after beating the local United Arab Emirates 4-1 in the third-place match. 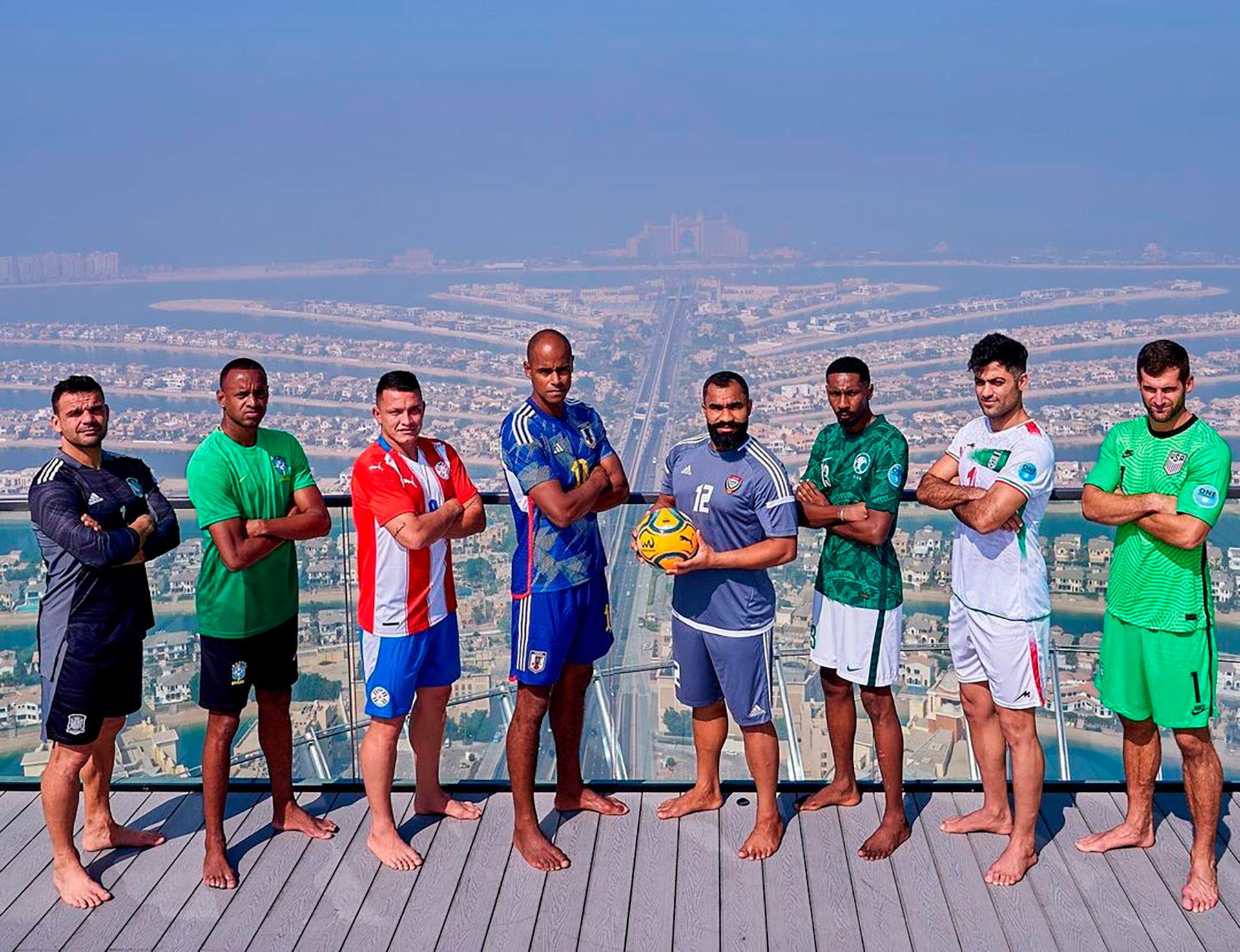 Eight of the best teams in the world met at the Dubai Intercontinental Beach Soccer Cup in November with pure soccer in the Persian Gulf area.

The raised trophy allowed Iran to reach Russia as the top winner of this competition, with four titles. In addition, this was the third feat in the last four editions for the Arab ensemble. The rest of the participating teams were Japan, the United States, Spain and Saudi Arabia, who finished between fifth and eighth place, respectively, in a tournament whose most resounding absences were precisely that of Russia, the last world champion and of this tournament, and that of Portugal, the selection of midfielder Bernardo “Bê” Martins, distinguished as the best football player of 2022.

In a region characterized by high temperatures, which pushed the FIFA World Cup to the end of the year for the first time and forced the installation of artificial cooling systems in the stadiums, this week in Dubai the wind chill hit 37º and the final was played at night with 30º, very similar to the predicted for Doha during the World Cup.

In turn, between Wednesday 9th and Saturday 12th, the beach ball will end its year on the beaches of the futuristic city of Neom, located in northwestern Saudi Arabia and recently designated as the home of the 2029 Asian Winter Games. Unlike the Intercontinental Cup, the Neom Cup will also include a women’s contest, with teams from Brazil, the Netherlands, England and Ukraine. The dispute system will be round robin and then there will be a final between the top two in the table.

For its part, the men’s draw will bring together Japan, Oman, Bahrain and Brazil in group A and Paraguay, United Arab Emirates, England and host Saudi Arabia in B. The leaders of each zone will qualify directly to the final.

The 2023 beach soccer almanac will highlight the World Cup, location to be defined and the World Beach Games in Bali, Indonesia and organized by the Association of National Olympic Committees (ANOC), which will be held between August 5 and 12.