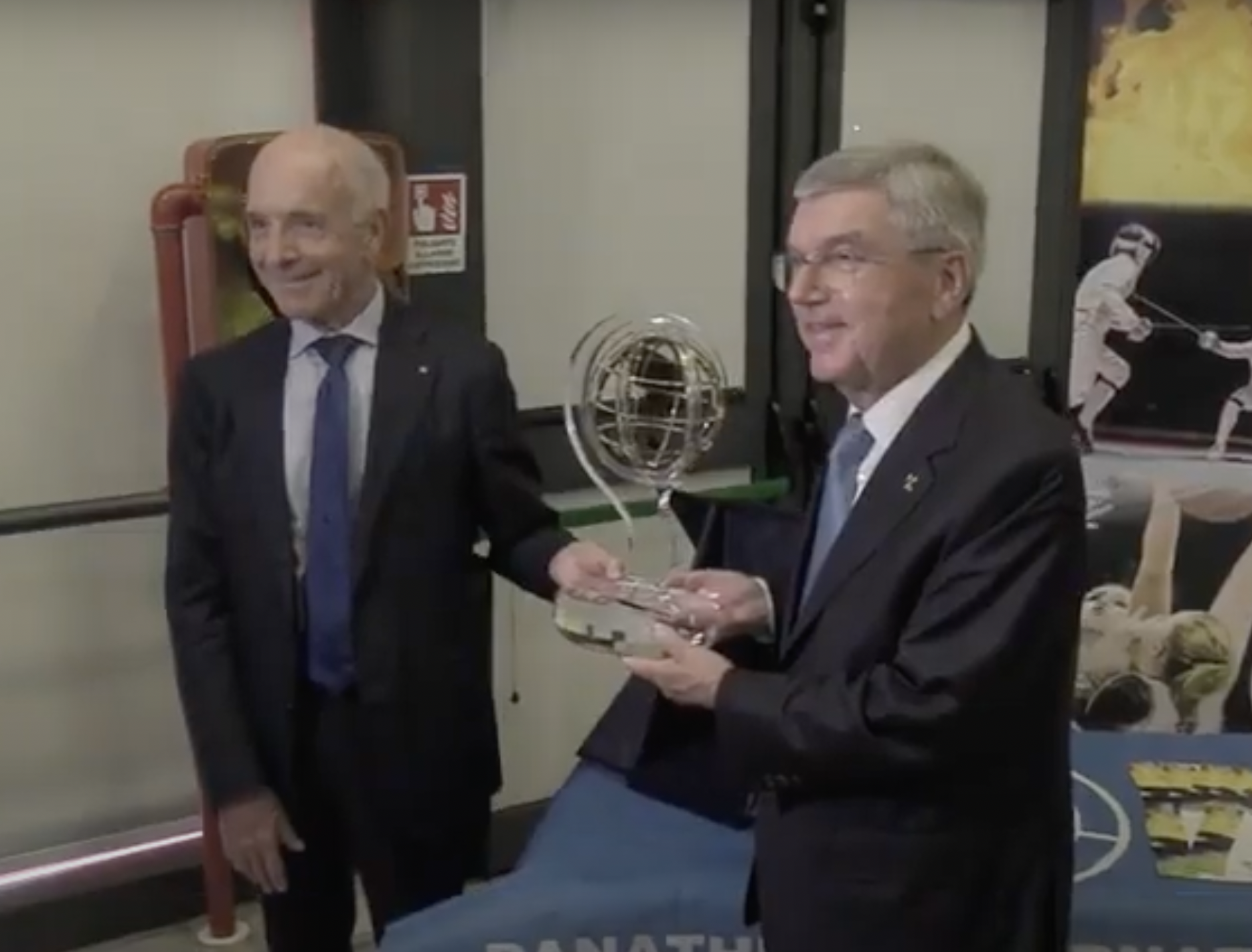 Giovanni Malag, the President of CONI, presented the award along with IOC Executive Board Member Ivo Ferriani. Italian honorary members Manuela Di Centa, Franco Carraro, and Mario Pescante also paid tribute to the IOC president in a ceremony that included Olympians past and present.

Italian fencer Carl Montano, who went toe-to-toe with President Bach at the 1976 Olympic Games in Montreal, warmly embraced Bach as the two had not seen each other since their days in competition. 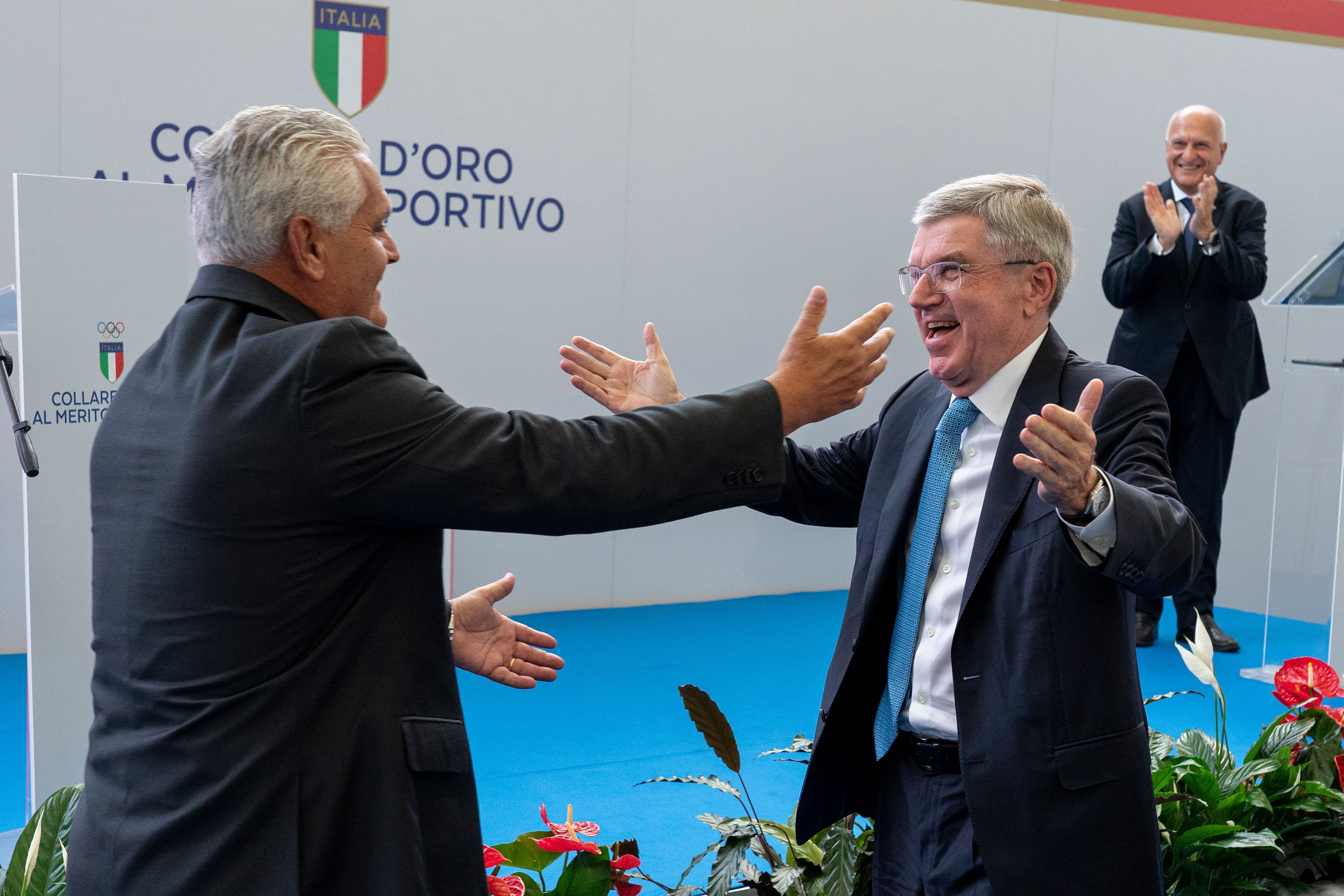 Bach was touched and humbled by the honor; “This award truly belongs to the entire IOC and the whole of the Olympic Movement. Because, without the support of so many around the globe, our Olympic mission to make the world a better place through sport could never be accomplished.”

Bach was also presented with the Flambeau D’Or award, given by Panathlon International, for his “outstanding contribution to the Olympic Movement and advancing the cultural role of sport”.

President Bach had a full agenda while in Italy. Bach also had a meeting with Italian Prime Minister Mario Draghi to discuss preparations for Milano Cortina 2026 as well as the current geopolitical situation that may affect the Games. 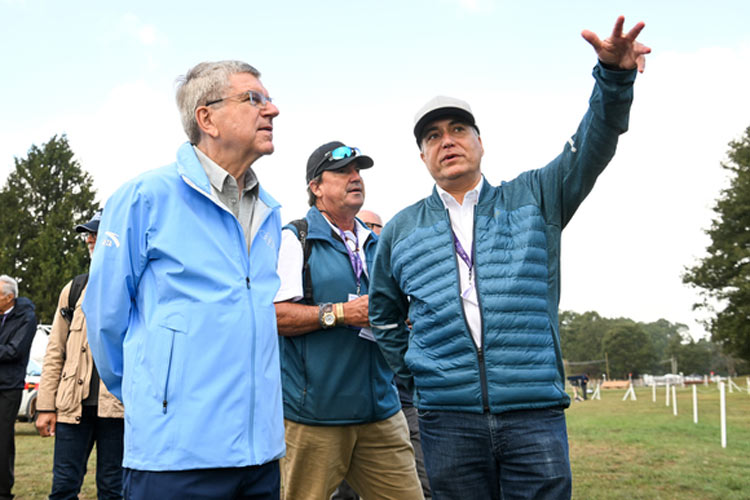 Bach took the time to attend the World Equestrian Games which were being held in Pratoni. While observing the competition he met with Ingmar De Vos, the President of the International Equestrian Federation to discuss various safety measures the organization has taken to make the sport safer for both riders and horses.

Bach was impressed with the facilities, and said it was a pleasure to experience “a real Olympic legacy and sustainability success story”. 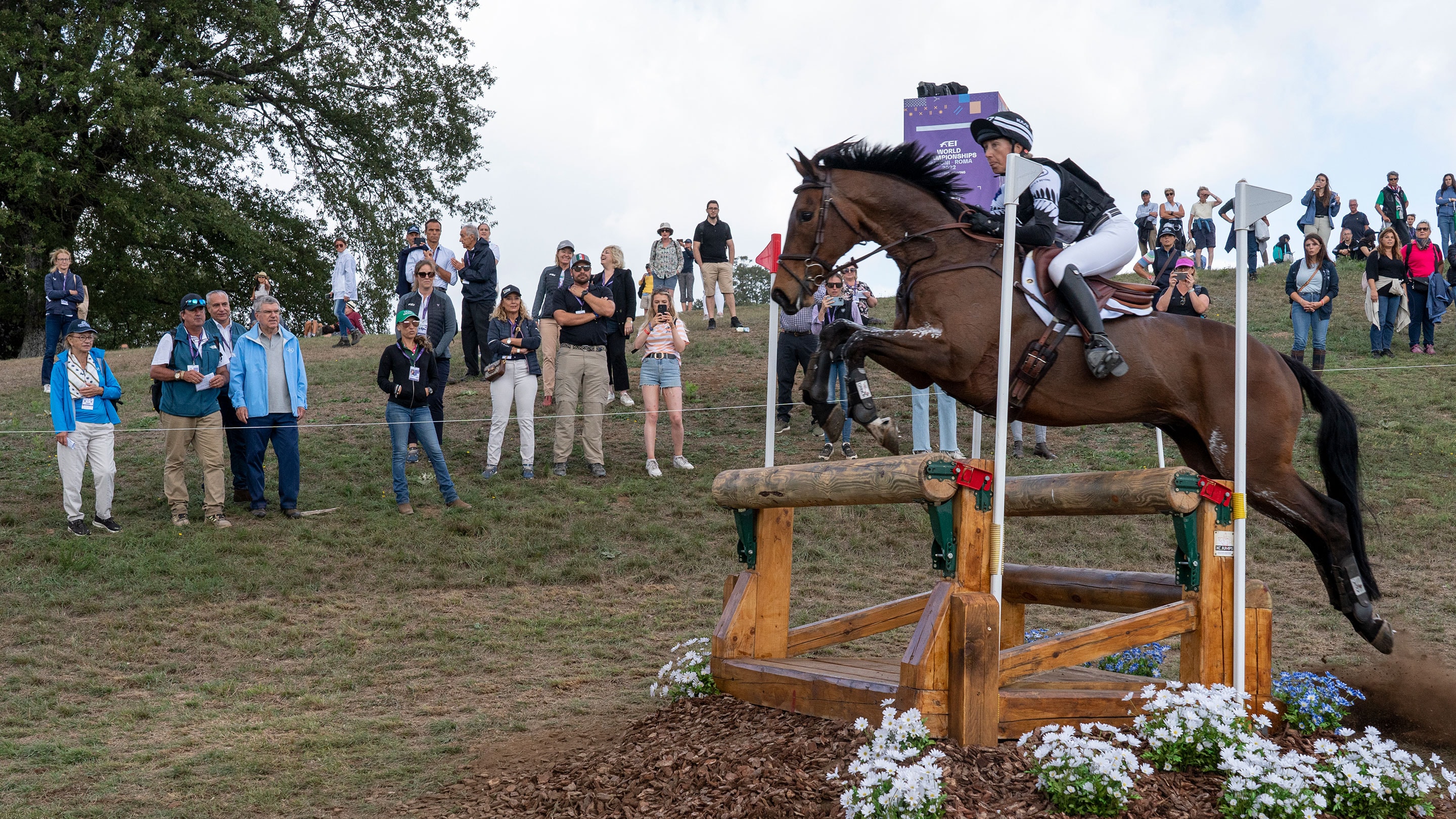 The Rocca di Papa Equestrian Sports Centre, in the heart of Parco dei Castelli Romani, was the cross-country venue at the 1960 Olympic Games in Rome.

“I’m very impressed by the many measures the FEI has taken to safeguard the wellbeing and the health of the horses, and I am pleased with everything the international federation is doing to ensure the future of the sport.” Bach noted.

Bach also toured the High Performance Center of CONI, where various displaced Ukrainian athletes have been training with the permission of the Italian government. Bach met with fellow fencer and Olympic champion in Tokyo 2020, Ukrainian athlete Olga Kharlan, who is training at the facility in Italy.