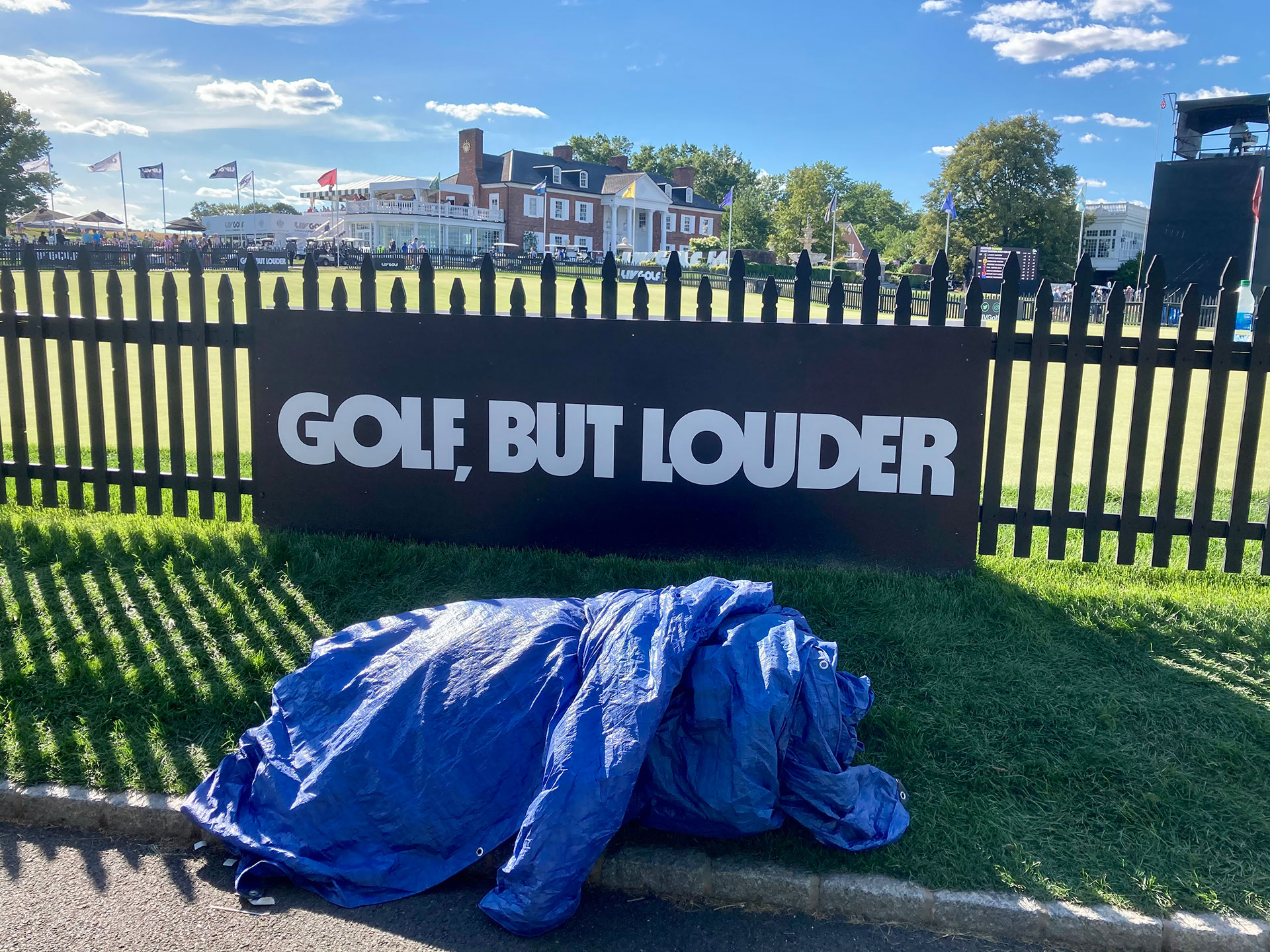 Protesters swaying attention away from successful birdie putts, music blaring as LIV golfers teed off and while putting, and an episode in which Eric Trump tossed beers to the crowd to incite enthusiasm, just as the lead group with Olympians Henrik Stenson and Patrick Reed arrived at the 16th tee, were par for the course this weekend in central New Jersey. Donald Trump looked on from his clubhouse, the former U.S. president displaying his approval, all contributing to a circus-like atmosphere at the LIV Golf Invitational.

The renegade LIV Golf Tour slogan of “Golf, But Louder” was prominently displayed on signs and large billboards, but it took a DJ (not the one who has shunned Olympic golf and finished third here on Sunday), shouting “We can’t hear you, Pump it up” in an egregious attempt to generate excitement at the three-day event held at Trump National Golf Club in Bedminster, New Jersey.

Considering a lackluster spectator turnout, and despite ramped up promotions offering $75 tickets for free, those in attendance experienced up-close and personal experiences with 48 golfers, who have opted for mega, guaranteed prize money offered on the controversial tour bankrolled by the Saudi Arabia Sovereign Wealth Fund. That wasn’t necessarily a positive aspect.

As LIV Golf poster boy Phil Mickelson, who once aspired to make the U.S. Olympic squad for Rio 2016, stepped up to the tee to begin his opening round, a heckler shouted: “Do it for the Saudi Royal Family.” Fortunately, for organizers, this seemed to be an isolated incident between golfers and fans at what was a fairly subdued atmosphere at the third of eight scheduled events on the new LIV Golf Tour. However, fans and some media members talked about a general disorganization at the three-day event, at which New Jersey state troopers patrolled behind every threesome walking the course. 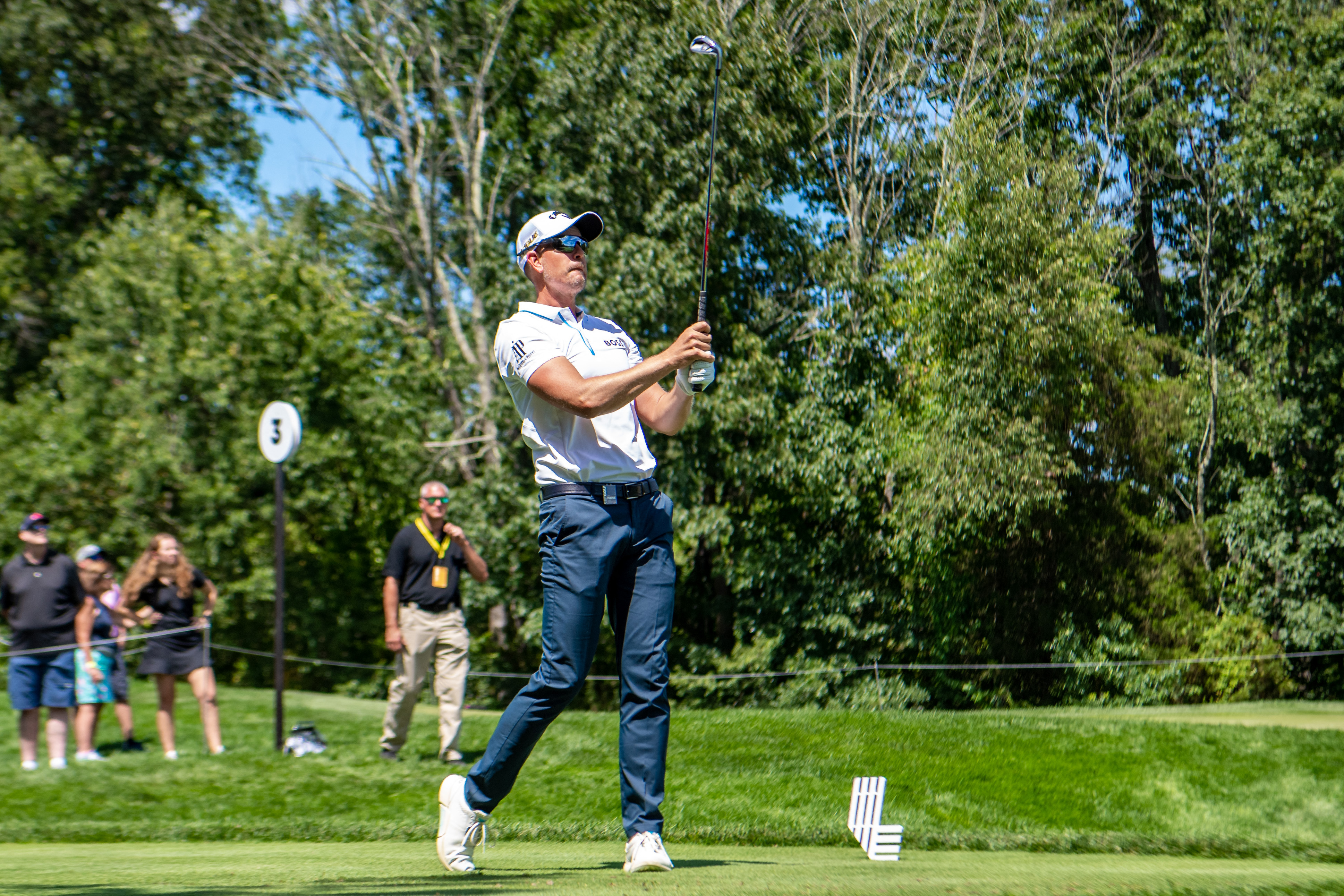 Players who have made the jump to the Saudi-backed tour for enormous guaranteed money, including eight Olympians who teed it up in New Jersey, including Rio 2016 silver medalist Stenson, are jeopardizing their chances of playing future major tournaments, the Ryder and Presidents Cups, and the Paris 2024 Olympic Games.

LIV Tour commissioner Greg Norman has submitted a formal request, to have results from the new tour be factored into the Official World Cup Ranking (OWGR), which entirely determine Olympic qualification, as has been the case for Rio 2016 and Tokyo 2020.

An initial meeting between the group of OWGR decision makers was held a few weeks ago the 150th Open Championship in St. Andrews, Scotland. However, the status of the request appears to be up in the air, with no official timeframe for a decision.

Considering the swirling controversy and storm of negative publicity generated by LIV, as well as Trump’s unpopular involvement, it would seem to be in the best interest of the International Golf Federation (IGF), and other leading golf governing bodies and tournaments such as the R&A, Masters Tournament and the United States Golf Association, to steer clear of potential hazards of LIV’s official recognition. 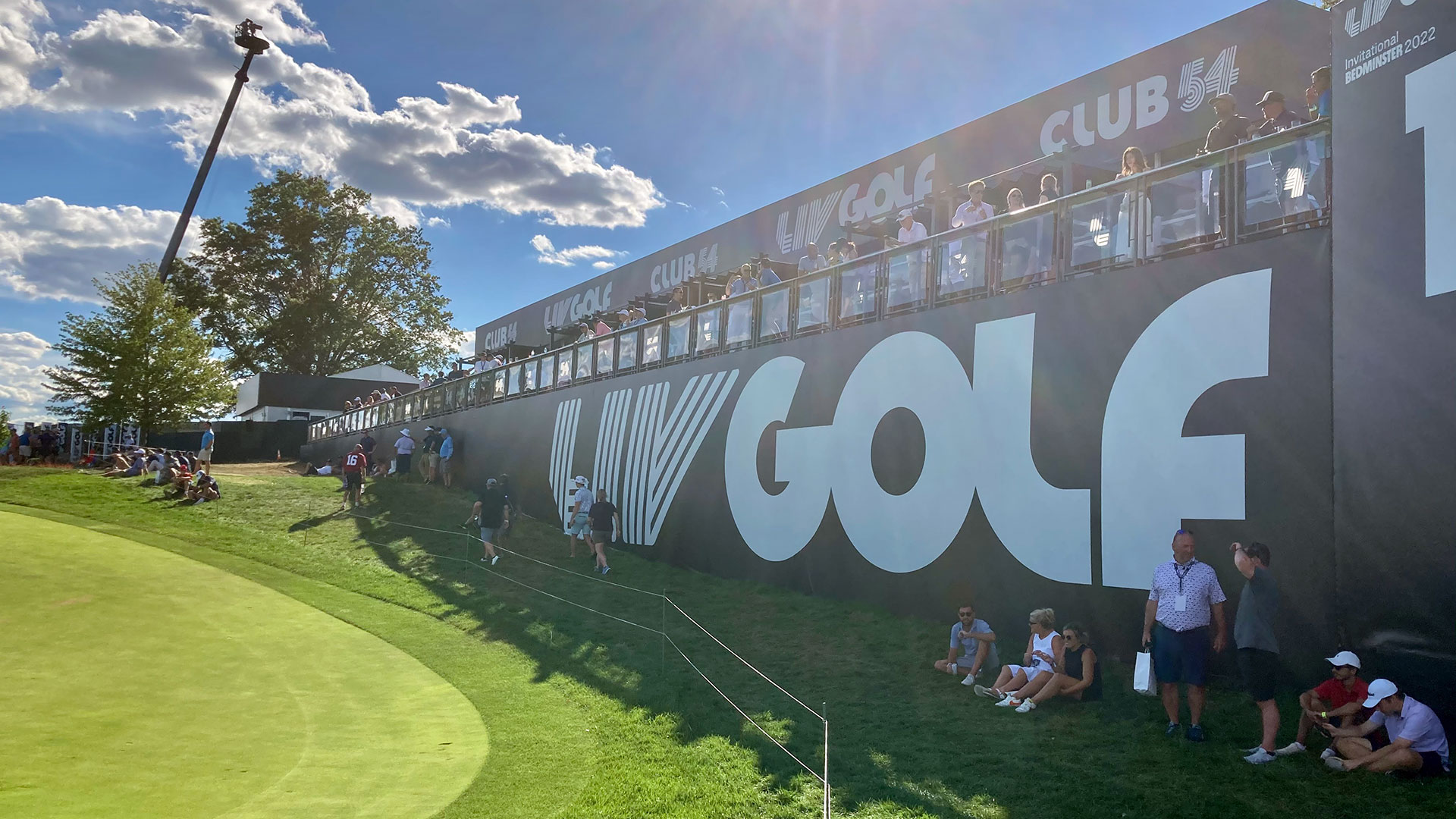 Fans at the 18th hole at the LIV Invitational on Saturday in Bedminster, New Jersey

If LIV fails to attain OWGR status, its long-term sustainability could be in jeopardy, despite any momentum created by the signing of marquee names like Mickelson, Dustin Johnson, Bryson DeChambeau, Brooks Koepka and Sergio Garcia.

At the recent 150th Open Championship on the hallowed grounds of St. Andrews, Tiger Woods took a firm stance against his fellow pros joining the LIV Tour.

“I don’t see how that move is positive for a lot of these players in the long term,” Woods said.

Tokyo 2020 Olympian Rory McIlroy, who played in a seven-player playoff for the bronze medal last summer in Japan, was even more candid in his assessment of the renegade tour.

“There’s no room in the golf world for LIV Golf,” said McIlroy. “I don’t agree with what LIV is doing. If LIV went away tomorrow, I’d be super happy.”

LIV Golf Tour players and those who make their living on the PGA Tour have been at a constant war of words, usually reserved for contact sports and never before seen in professional golf. 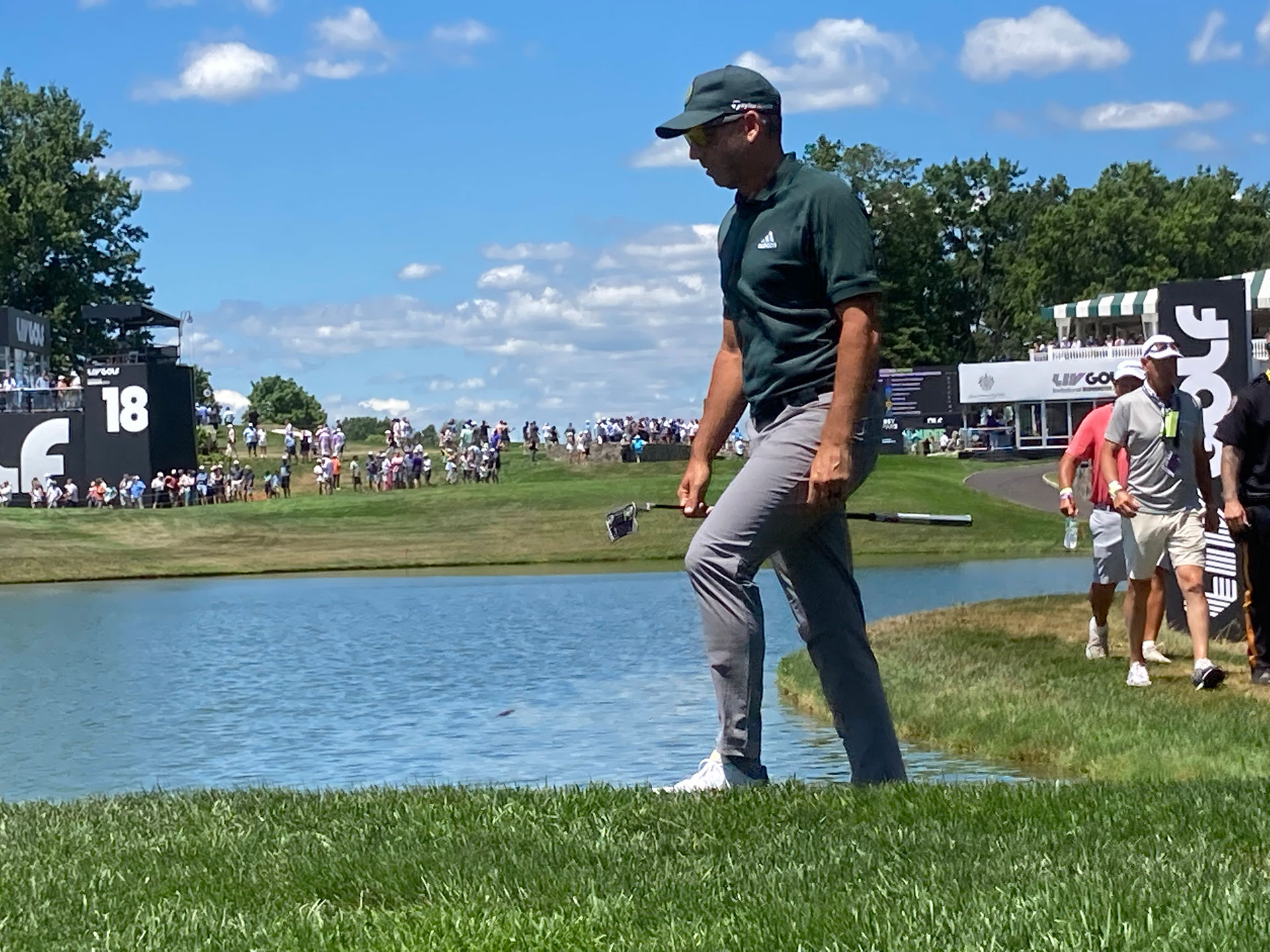 Sergio Garcia, a Rio 2016 Olympian, may not have another opportunity to represent his native Spain at the Games, if the LIV Golf Tour is not granted Olympic World Golf Ranking status.

Numerous tour players and officials – besides a few past their prime European golfers such as Ian Poulter, Lee Westwood and Garcia – are certainly not seeing eye to eye with the LIV Bedminster champion Stenson. The Swede, who has plummeted to 174th in the OWGR, had not won a full-field tournament since 2017, prior to Sunday’s victory in New Jersey.

The 46-year-old’s decision to join LIV this past week triggered his abrupt removal as European Ryder Cup captain for the Rome 2023 edition. It was viewed by many as a slap in the face to the coveted Ryder Cup, and the prestige and honor of serving as team captain.

Stenson, who in addition to a reported $40 million fee to join LIV, pocketed $4 million for his win on Sunday, more than double the amount of any of his previous victories, was asked if he violated his contract.

“Well, the contract between the captain and Ryder Cup Europe is obviously a private contract and I’m not going to go into detail on what’s in the contract,” Stenson said, backpedaling this past weekend at his first LIV event. “I just expect to be treated fairly going forward depending on what the outcomes are in this whole case, and that is yet to be – yet to be seen what decisions are to be made and when…”

Ryder Cup Europe ended any uncertainty or speculation on Monday, officially naming English golfer Luke Donald as the new team captain for 2023, in which the Europeans will seek to avenge a loss to the U.S. from the 2021 event at Whistling Straits in Wisconsin.

For Stenson, and his fellow LIV Golf defectors, it’s onward to Boston for the fourth of eight events on the inaugural season schedule, September 2-4. Bubba Watson, a 2016 Olympian and two-time Masters Champion, will be the newest addition. 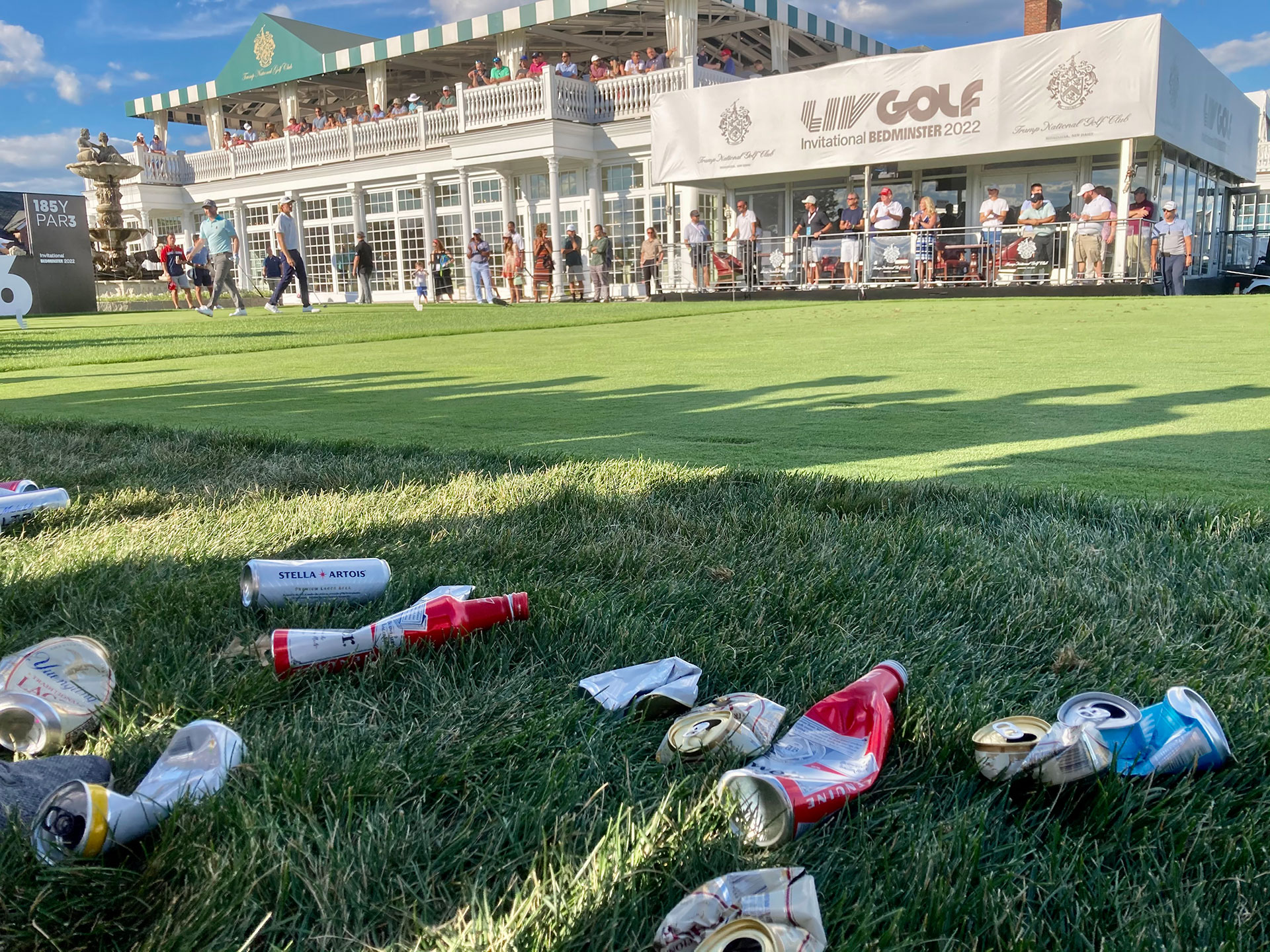 Beer cans are strewn alongside the 16th tee, after Eric Trump offered up the free beverages to fans at Trump National Golf Club in Bedminster on Saturday afternoon

Trump, certain family members, and other boisterous ‘Make America Great Again’ supporters will likely contribute to yet another circus-like atmosphere, as the LIV Golf Tour is headed south, perhaps figuratively and literally, for the finale at Trump National Doral Miami in late October.