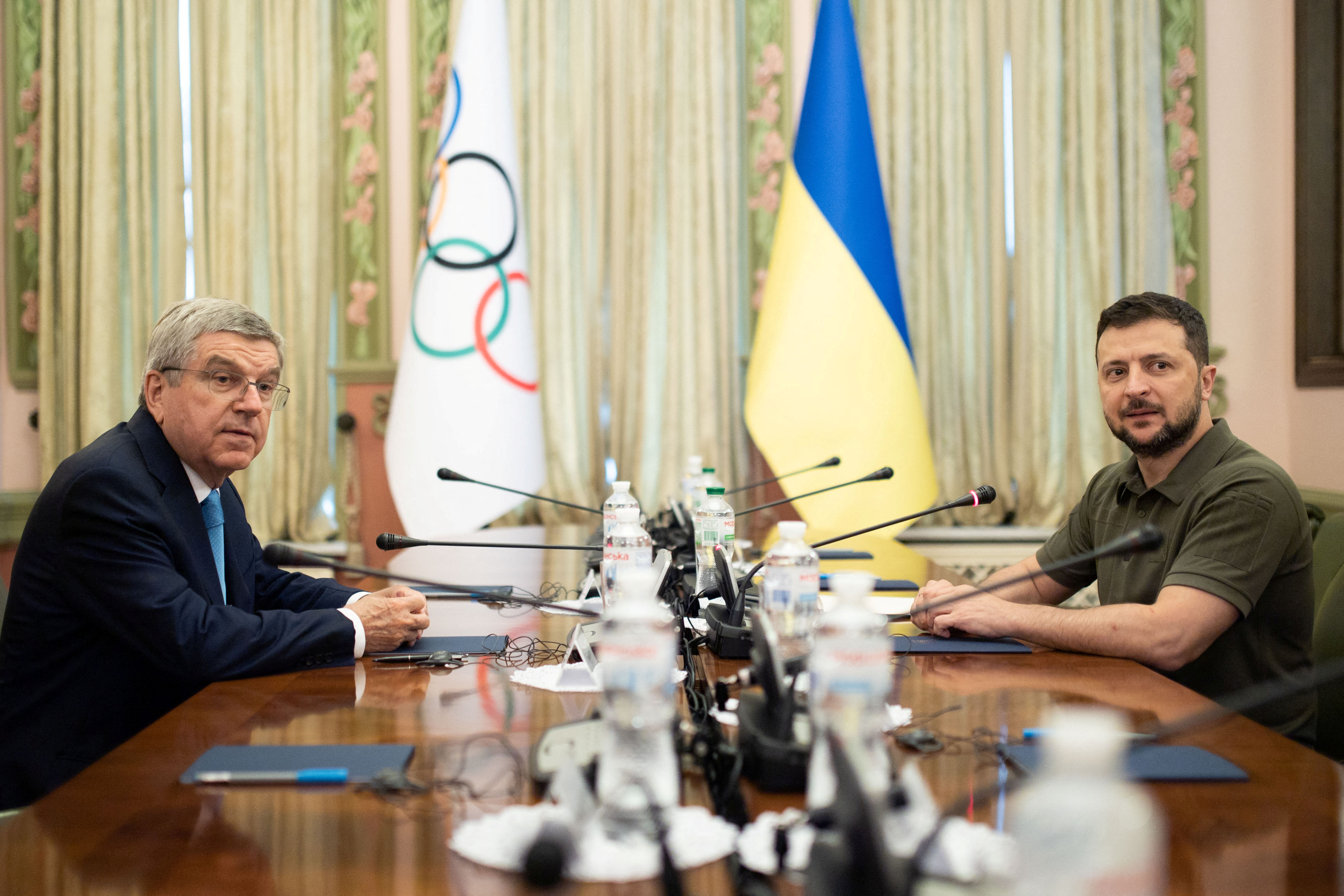 Ukrainian President Volodymyr Zelenskiy and President of the International Olympic Committee Thomas Bach attend a meeting, as Russia's attack on Ukraine continues, during a parliament session in Kyiv, Ukraine July 3, 2022. Ukrainian Presidential Press Service/Handout via REUTERS ATTENTION EDITORS - THIS IMAGE HAS BEEN SUPPLIED BY A THIRD PARTY.

IOC President Thomas Bach pledges that the IOC will remain on the side of Ukraine in the ongoing war launched by Russia and Belarus.

“We stand side by side with them and support them with our heart, soul, thoughts and deeds,” said the IOC leader in a visit to Kyiv this weekend. Bach and Ukraine NOC president Sergey Bubka met with Ukraine president Volodymyr Zelensky. Zilensky told Bach more than 100,000 athletes have been affected by the warfare.

“Hundreds of sports facilities were destroyed. These are both large sports infrastructure facilities and facilities based on Ukrainian schools, universities and sports clubs, said Zelensky.

He said that 89 athletes and coaches have been killed so far and that 13 are Russian prisoners. 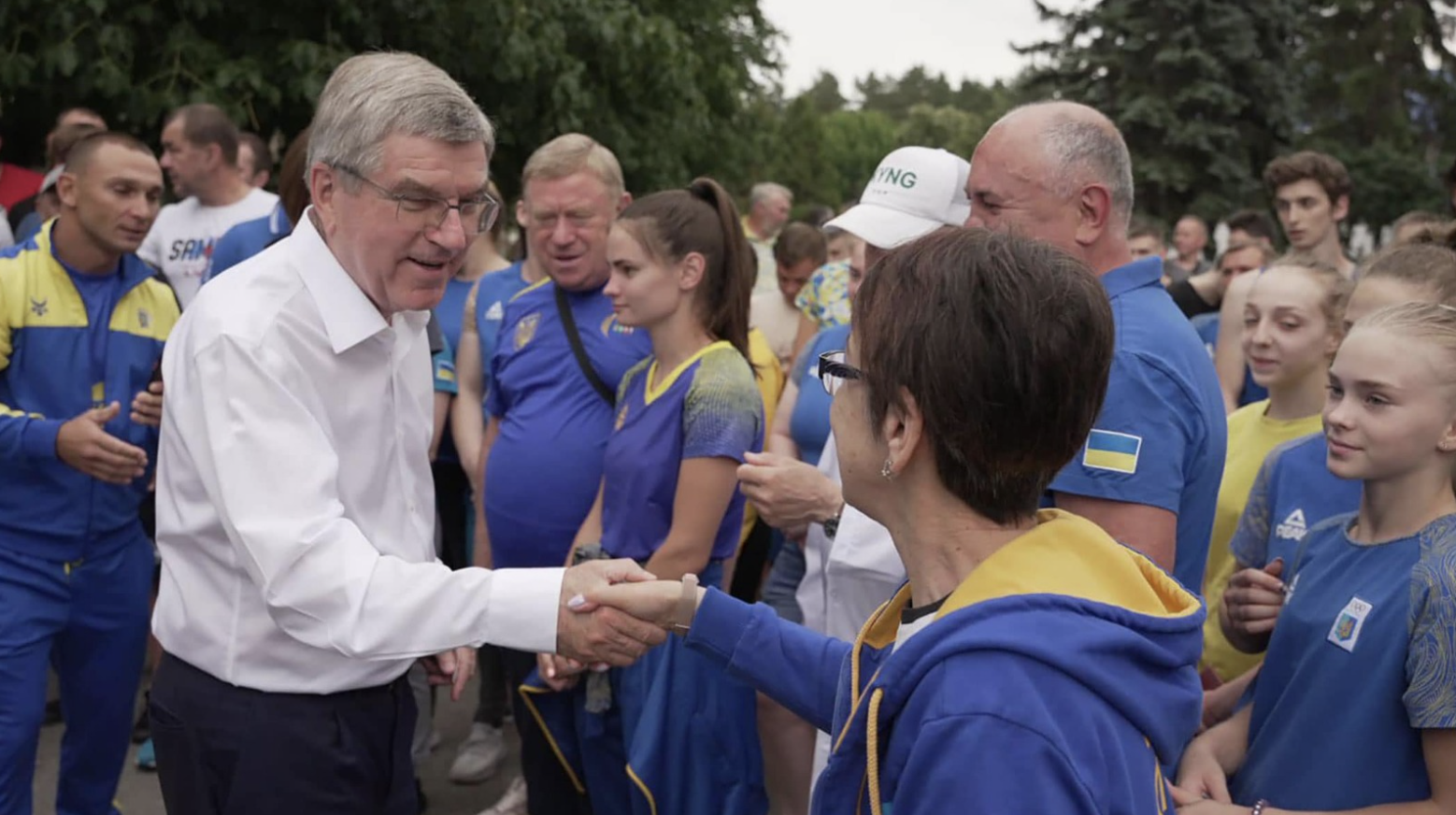 Bach assured Zelensky that the sanctions levied against Russia and Belarus will remain in place. The IOC leader also highlighted the conference in Switzerland this month organized by the IOC to address the funding needed for reconstruction of the sports infrastructure.

In addition, a fund created by the IOC to help Ukraine athletes prepare for upcoming Olympics has raised $7.5 million so far. Bach says the money will support more than 3,000 athletes. 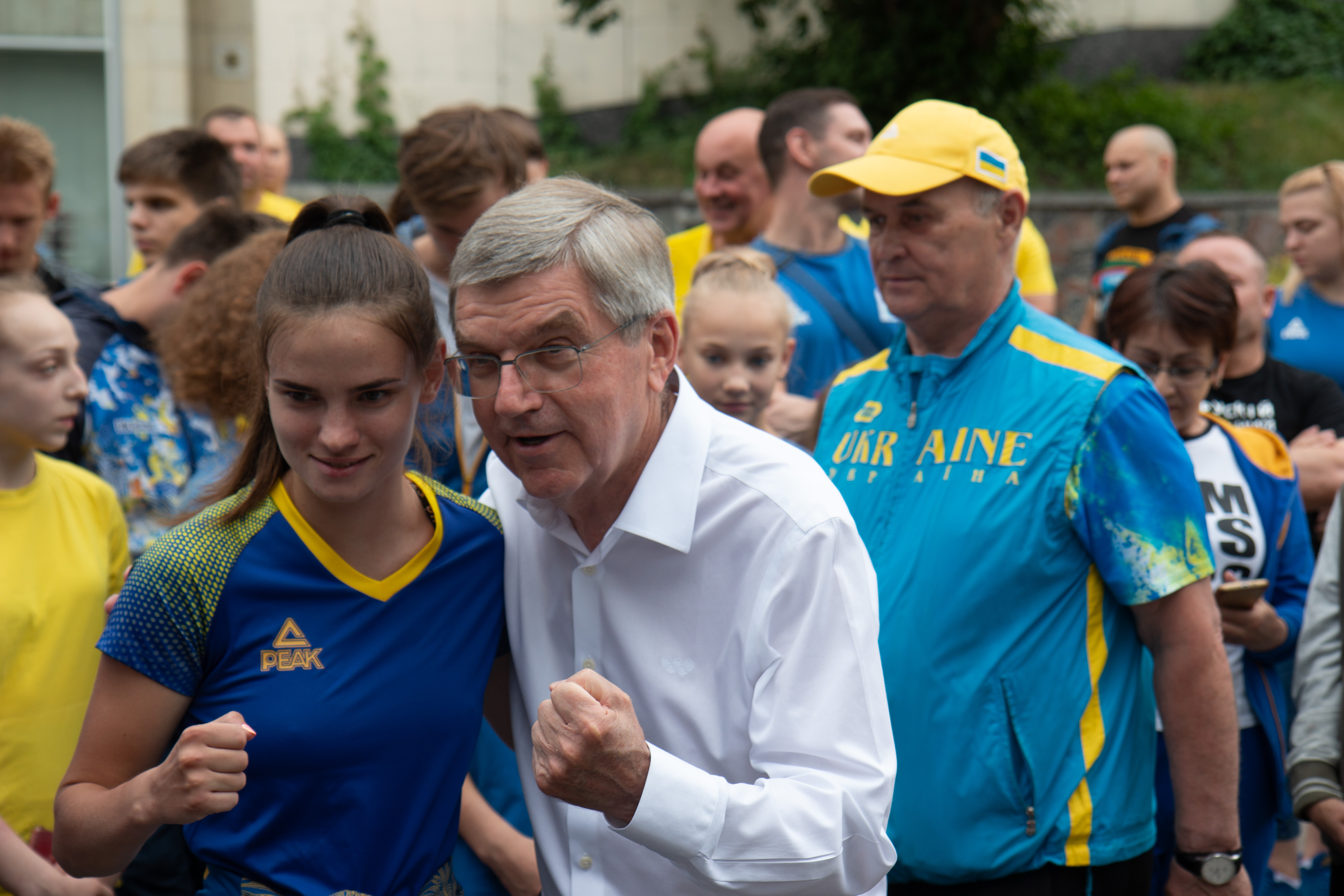 Speaking at a press conference Zelensky said once the turmoil in Ukraine is ended, the country intends to bid for an Olympic Games.

IWF encouraged by the sights and sounds at the Commonwealth Games

President Jalood had nothing but praise for the competition and atmosphere of the recently completed Commonwealth Games in the U.K.