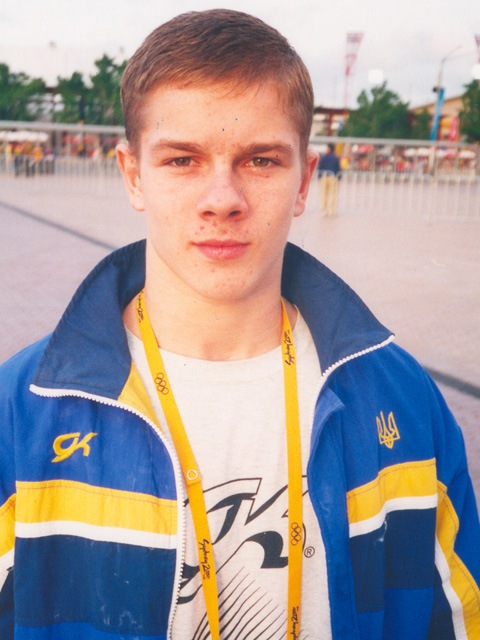 The Sydney 2000 Olympic silver medal won by gymnast Ruslan Mezentsev was in a museum in Ukraine when Russia invaded the country in February.

Mezentsev’s team placed second in the men’s all-around event behind China at the Games. In what must still give the former gymnast satisfaction 22 years later, Russia placed third.

With the war raging, Mezentsev knew of the only possession he could use to raise money in a hurry.

Mezentsev contacted Bobby Eaton, the chief operating officer at U.S.-based RR Auction, to discuss selling the medal to generate funds for his family and to help his community fight the war.

Eaton said Mezentsev wants to buy bulletproof vests and guns with the proceeds.

The medal is one of the featured items in RR Auction’s latest Olympic sale, which runs online and closes July 21. The lot has an estimate of $10,000+ and comes with photos of Mezentsev and his teammates wearing their silver medals.

“It was pretty heartbreaking,” Eaton told Around the Rings. “I would talk to him after bombings had happened and he was separated from his wife and son. They were in a different town.”

Eaton said Mezentsev lives in Kropyvnytski in central Ukraine and expects to eventually join the military. Shipping the medal out of the country in the midst of the war was difficult since only one provider was still working in Ukraine, but the medal eventually made it.

“He was disappointed with what the values are for medals for how hard he worked,” Eaton said, “but he understands that the market bears what it bears and to him a medal’s a medal.” 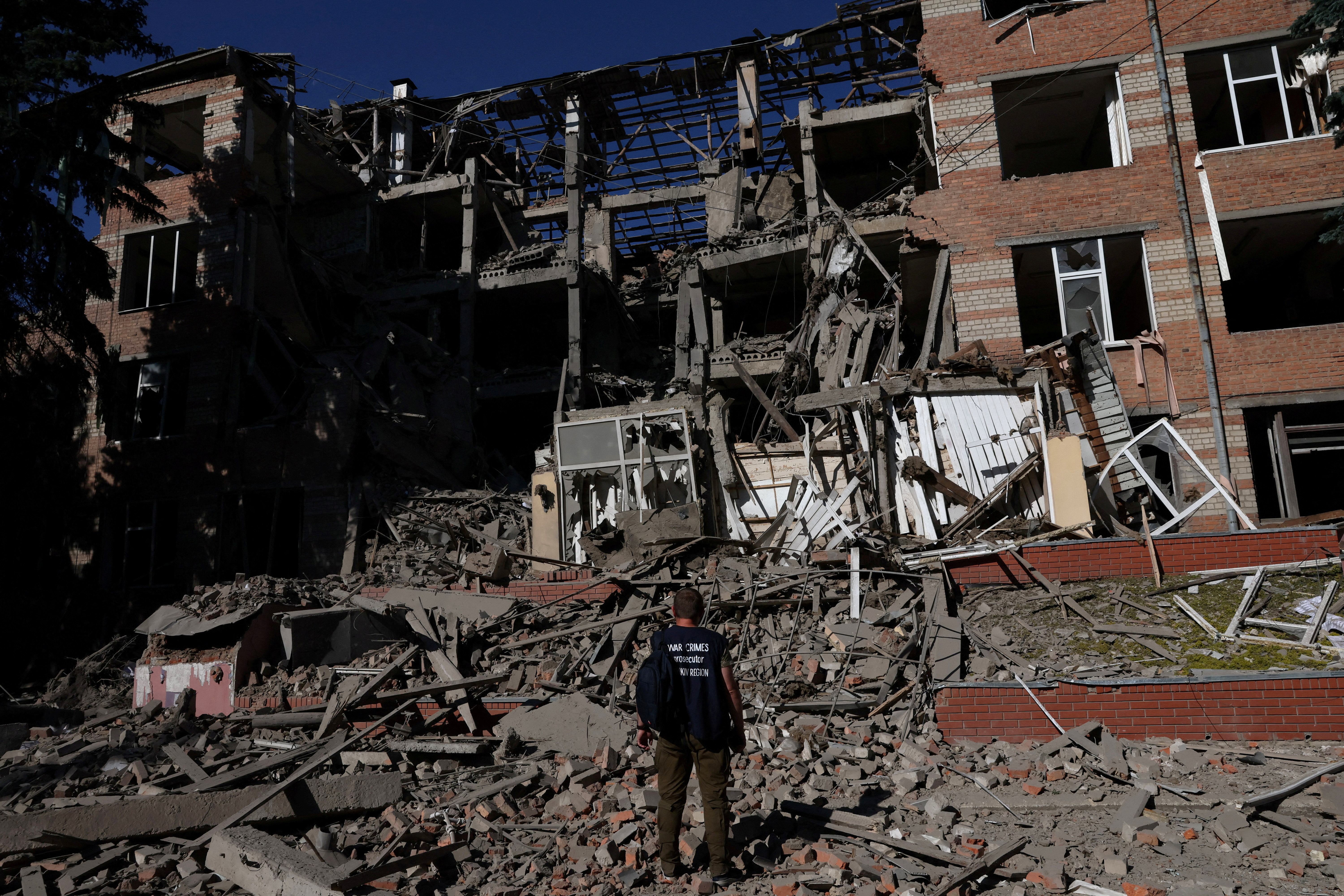 FILE PHOTO: A worker from the war crimes prosecutor's office takes in the damage from overnight shelling that landed on a building of Kharkiv's Housing and Communal College as Russia's attack on Ukraine continues in Kharkiv, Ukraine, June 21, 2022. REUTERS/Leah Millis/File Photo

Both Mezentsev and Eaton hope the proceeds will go a long way toward helping the athlete’s family and the community’s war effort. RR Auction is donating all of its fees and the buyer’s premium to Mezentsev.

Eaton said he is pleased to be negotiating directly with athletes and not with collectors or dealers who have already bought the medals and are re-selling them to make a profit.

“I can help more athletes out, which is what I’ve always wanted to do,” Eaton said. 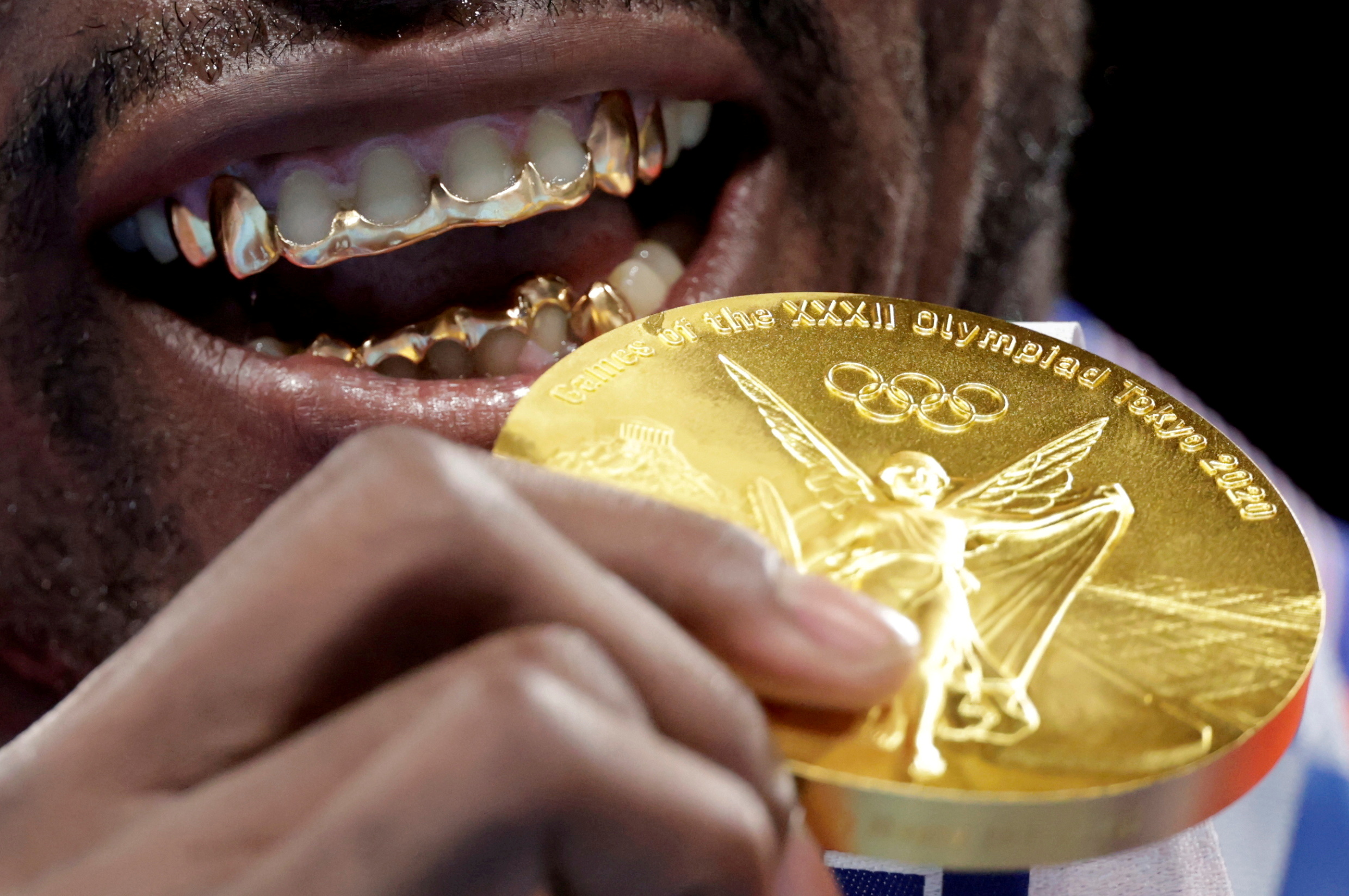 A more recent athlete is also selling a hard-won medal. A Tokyo gold medal is on the RR Auction block and Eaton said he expects a winning bid of more than $50,000 “based upon it’s the first that’s come to market.”

The winner will also pay an additional 25 percent buyer’s premium.

“Unfortunately, I can’t disclose who the athlete is,” Eaton said, but the name will be told to the winning bidder and the event is inscribed along the bottom edge of the medal.

Three medals won by American swimmer Jimmy McLane are also in the auction. One gold and one silver medal from the 1948 London Olympic Games, form a lot with an estimate of $30,000+ while a gold from 1952 has an estimate of $8,000-plus. It already has six bids with the highest $7,260.

RR Auction is working with another athlete to auction off a unique experience. Olympian Pauls Pujats, a Latvian pole vaulter, was a finalist in the 2016 Rio Games, placing 12th.

He is offering a “healing and energizing weekend retreat in Seattle” which has an estimate of $2,500.

Eaton said Pujats initially contacted him in hopes of selling his poles from the Olympic Games. However, Pujats was then living in Hawaii and Eaton knew shipping the poles would be very expensive and it would be hard to sell them for what the athlete had paid for them.

“I said, ‘How about we do something that’s more exciting than just selling your poles?’” Eaton said.

According to the auction description, “Pujats is a yoga and meditation instructor and practitioner with more than 15 years of experience. He has gained his knowledge in yoga philosophy, practice, and meditation from Yoga master Vladimir Kalabin in Novosibirsk (Russia), Buddhist monks, and Chinese Image Therapy master Xu Mingtan in Shaolin Temple, China. He is also a Trigger Point Therapy/Myofascial release specialist.”

Pujats, who competed in college for the University of Memphis and was the NCAA runner-up in 2015, is trying to raise funds for a new health and wellness TV series.

RR Auction will also donate its buyer’s premium and fees to Pujats and Eaton said he has encouraged Pujats to donate his poles to an up-and-coming pole vaulter.