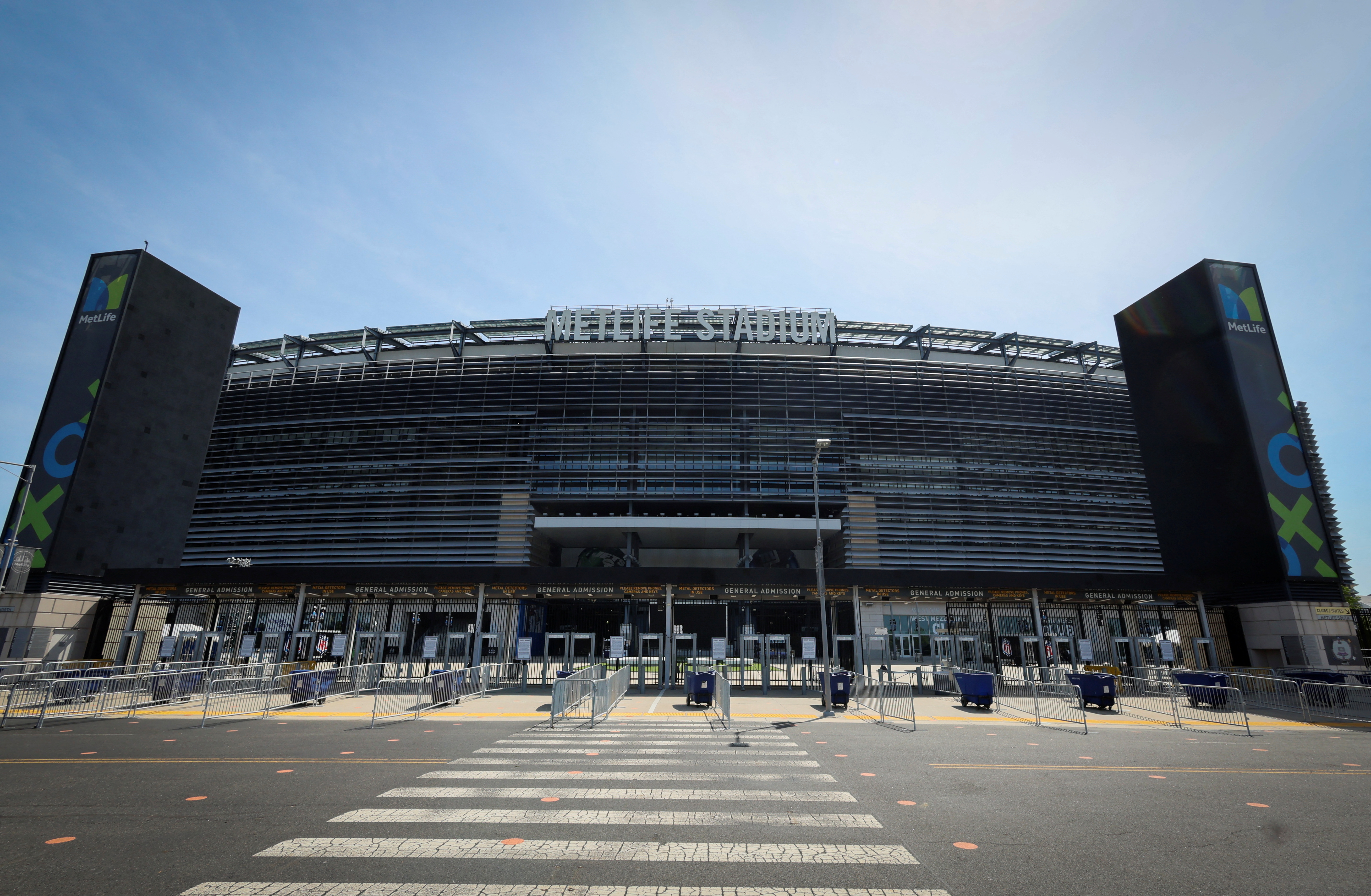 This June 16, the United States began to experience the World Cup atmosphere for the first time since it was granted along with Mexico and Canada the right to host in 2026 just four years ago.

The “trigger” for the enthusiasm was the announcement of the 16 cities that will organize the most important sporting event in the universe, two years before the most important multi-sport event, the Olympic Games, which will also take place in America in Los Angeles in 2028.

For the previous time the U.S. hosted the World Cup in 1994, the nine stadiums were announced during a press conference 816 days before the inauguration. Now for the first time, two television networks, including a Hispanic one, broadcast the show live from the 16 stadiums 1,456 days before the possible opening date.

Unlike that first men’s edition in the U.S., now for the second time a shared Cup will be registered after the one sponsored in 2002 by South Korea and Japan.

But this trend could be repeated in 2030. 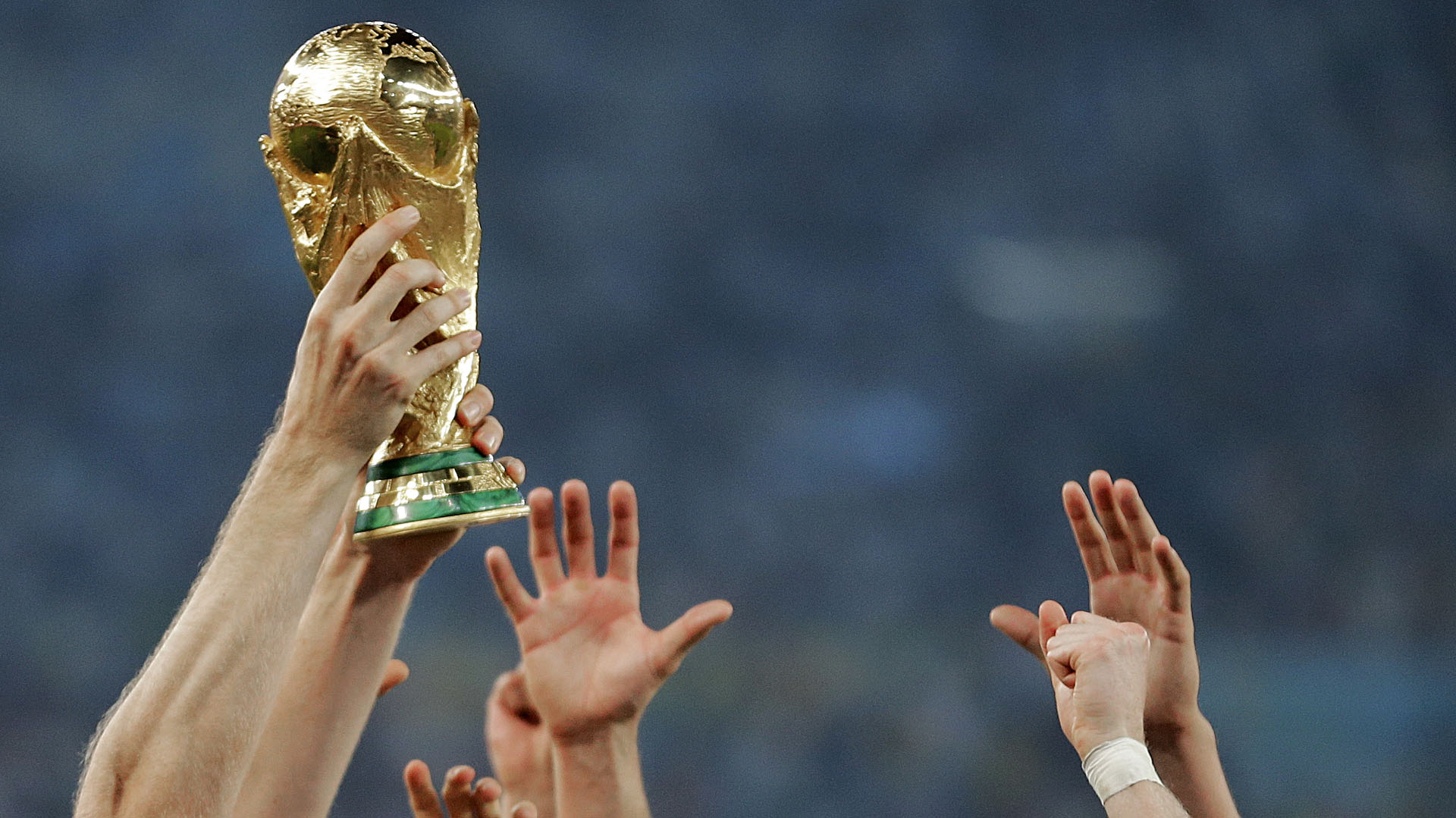 FILE - In this Sunday, July 13, 2014 file photo, German players reach out to touch the trophy after the World Cup final soccer match between Germany and Argentina at the Maracana Stadium in Rio de Janeiro, Brazil. Silvio Gazzaniga, the sculptor who created the World Cup trophy, has died. He was 95. (AP Photo/Matthias Schrader, File)

Coincidentally this same Thursday four South American countries, Argentina, Uruguay, Paraguay and Chile, formalized their desire to organize the World Championship within eight years under the phrase “It’s ours”. Representatives from the four countries met in Asunción, the capital of Paraguay, to make the important announcement.

The 100th anniversary of the 1930 World Cup played in Uruguay is one of the main motivations for South America (together with the economic capacity and international prestige of its football) to trust that FIFA will take seriously this candidacy that would have the combined bid of Spain and Portugal as the main rival for now.

But Infantino immediately thinks of Qatar, in five months, and of the “short list” headed by the United States, the world leader in the sports market. So at the end of yesterday’s television program in which he was the lead, the FIFA president made what many considered a joke when he said: “After the 2026 World Cup, football will be the number one sport in this country.”

That’s not likely as football won’t threaten the privileged places of American football, baseball, basketball and ice hockey at a professional level, but the ‘beautiful game’ will receive a resounding boost in the ranking of the most popular sports in the United States. 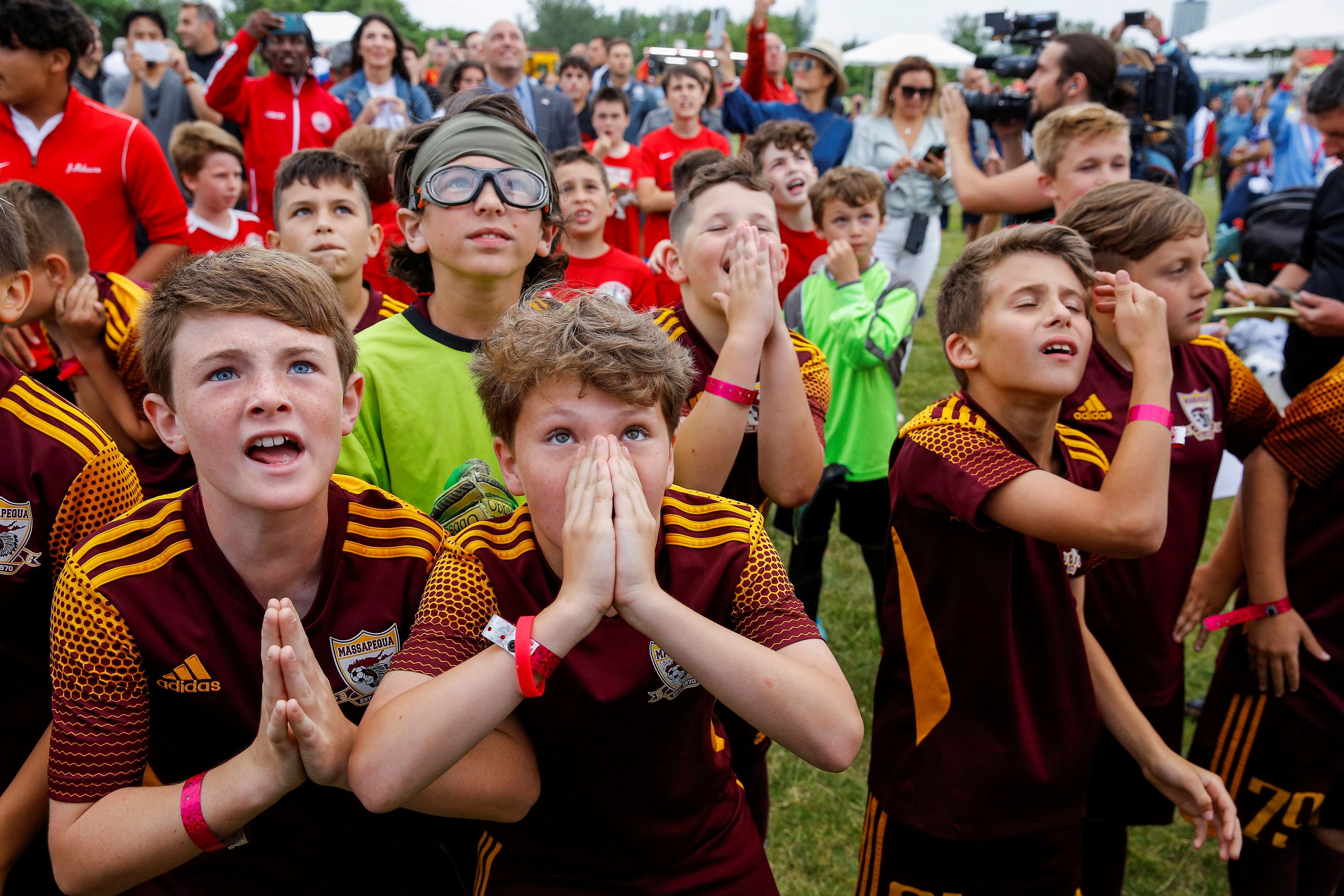 Many surveys and experts place soccer as the second most popular sport in the United States, taking into account the large participation of boys and girls in schools.

Unlike the 1994 World Cup, now FIFA officials met for the first time a woman at the helm of U.S. Soccer, Cindy Parlow Cone. The international results of its women, with four FIFA Women’s World Cup titles and four Olympic titles, have also increased the attraction of this sport for crowds in most nations. 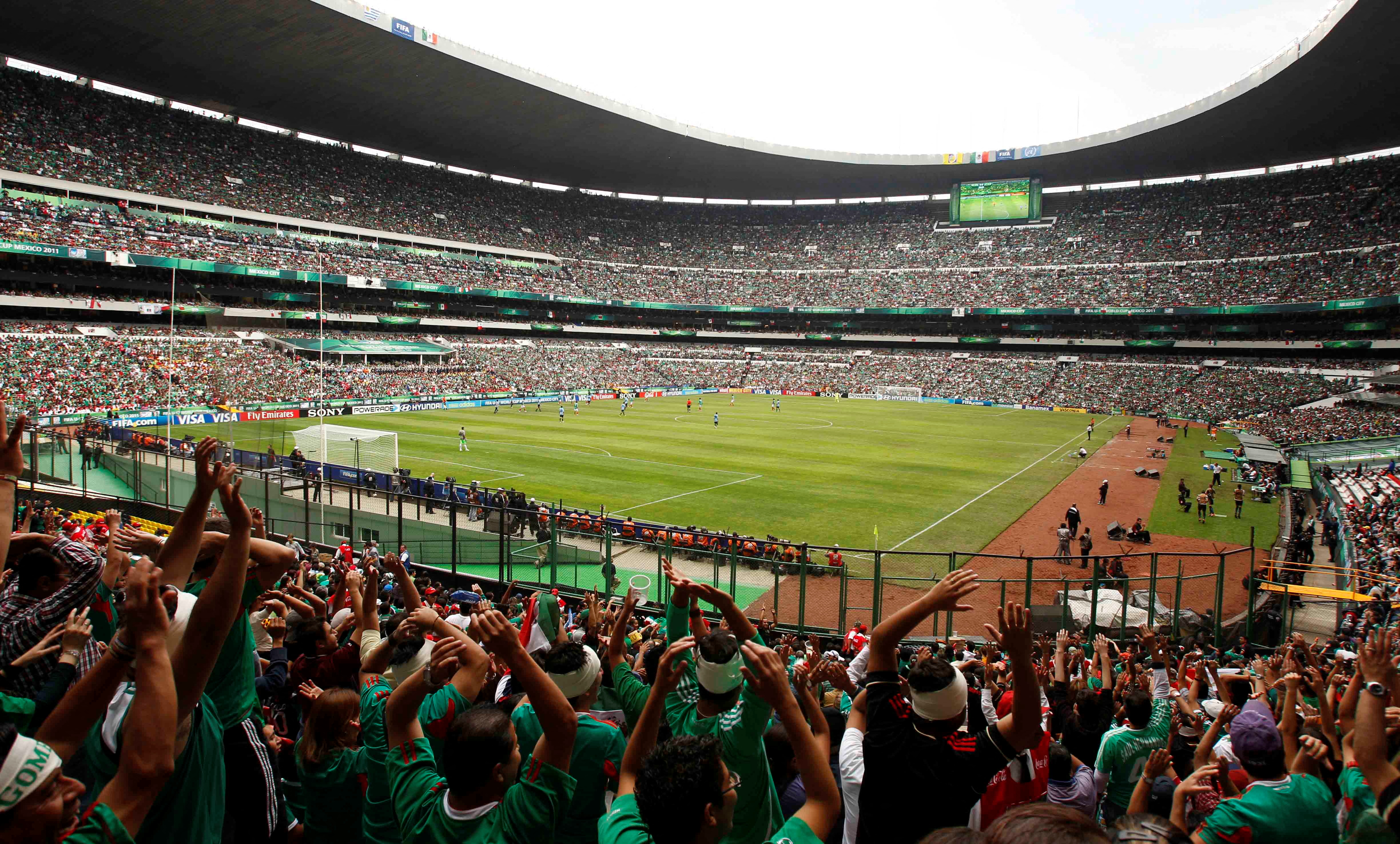 In total, yesterday 11 cities from the United States, three from Mexico and two from Canada were chosen. Decisions won’t be made until next year on how many games (probably four to six) will be played in each selected city, nor where the quarter-final, semi-final or final match will be.

“This is an incredible moment for the city of Houston,” said Chris Canetti, President of the Houston 2026 World Cup Bid Committee to Around the Rings.

“Hosting the 2026 FIFA World Cup will create lasting memories and a lasting legacy for generations to come through our ongoing initiatives such as the Soccer Innovation Institute.

“It will also inspire millions of new players and fans throughout the region. I can’t wait to see Houstonians welcome soccer fans from around the world.”

In choosing 11 US cities, FIFA left out five other candidates: Cincinnati, Denver, Nashville, Orlando and Washington/Baltimore.

FIFA announced its chosen cities geographically and started with the West region, then what it called Central, and finally East.

The Rose Bowl in Pasadena, California, site of the 1994 final, which saw Brazil beat Italy on penalties, was eliminated as a potential host stadium in this phase.

Mexico will make history as the first nation to host or co-host the tournament for the third time. Mexico City’s Estadio Azteca will become the first stadium to host three World Cup matches. 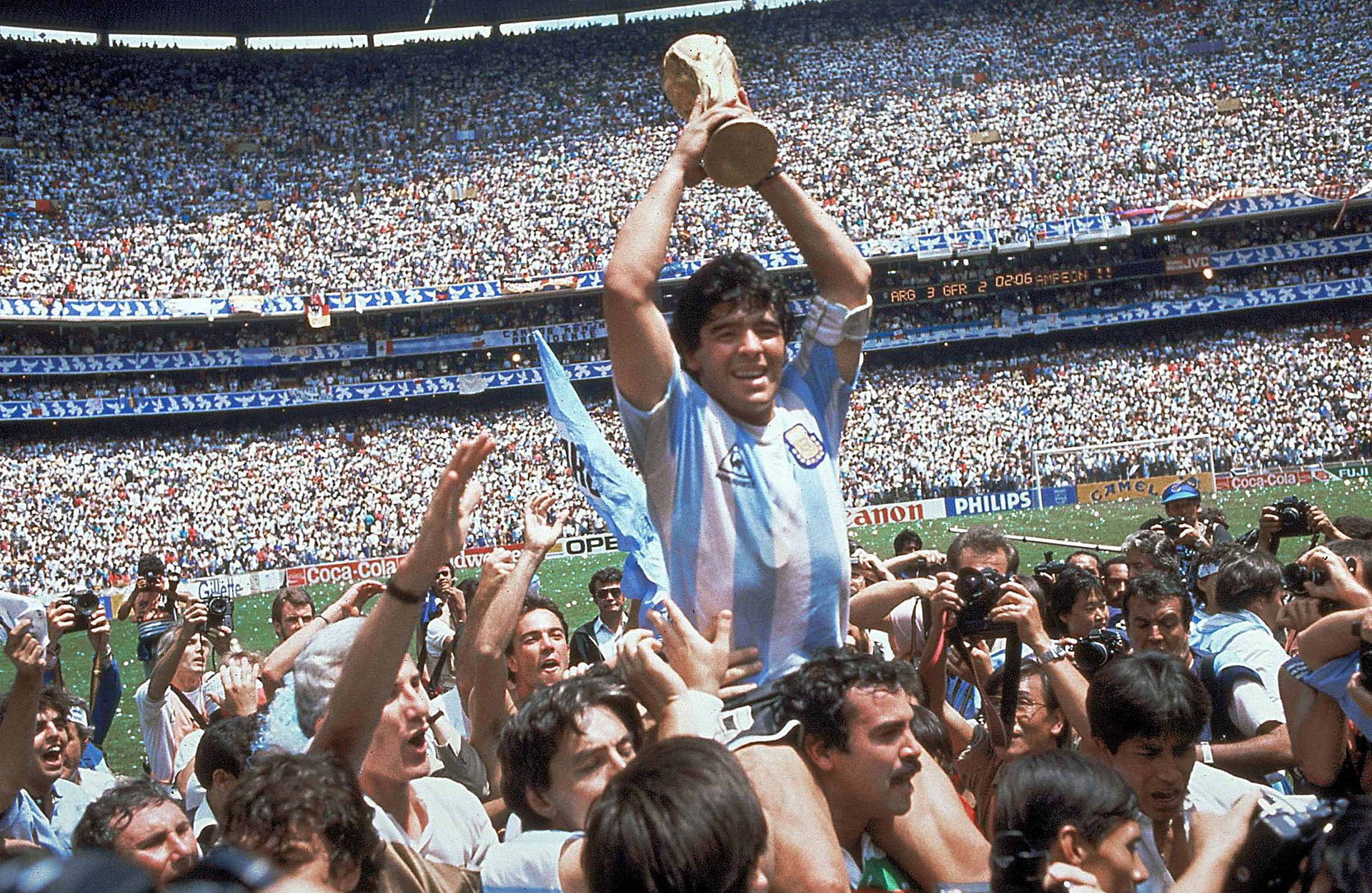 FILE - This is a June 29, 1986 file photo of Diego Maradona of Argentina celebrates with the cup at the end of the World Cup soccer final in the Atzeca Stadium, in Mexico City, Mexico. Argentina defeated West Germany 3-2 to take the trophy. With one week to go before the World Cup starts in Brazil, The Associated Press takes a look at 10 great stars in the tournament's history. Maradona One the greatest playmakers of all time, Maradona was joint FIFA Player of the 20th Century with Pele. “El Pibe de Oro” inspired Argentina to victory in the 1986 tournament. The English will never forgive him for his “Hand of God” goal en route to winning the World Cup. And perhaps his own people, the Argentines, will never forgive him for being a terrible coach for the national team at the World Cup four years ago in South Africa. But as player, Maradona was peerless during his heyday, although drug problems marred the end of his career. (AP Photo/Carlo Fumagalli, File)

In its history, Azteca already has the historic fact of hosting two finals, in 1970 and 1986. In the first, it witnessed Pelé's Olympic return after Brazil defeated Italy 4-1. In 1986 it was with Diego Maradona’s celebration when Argentina beat West Germany 3-2, after his famous “Hand of God” and his spectacular dribble against England in the 2-1 quarterfinal win.

The Guadalajara stadium was built in 2010 for the following year’s Pan American Games.

Many of the stadiums in the U.S. were built for the National Football League (NFL) so capacities of 60,000 or more are predicted. Three have retractable roofs and one has a fixed roof. Ten have artificial grass but would change to natural grass temporarily for the World Cup due to FIFA requirements.

There will be 16 groups of three nations. The US will host 60 matches, including the quarterfinals, semifinals and final. Canada and Mexico will have 10 games each. Canada is hosting a men’s World Cup match for the first time after hosting the Women’s World Cup in 2015.

The starting signal for the 2026 World Cup has already been given, so it is not surprising that emblematic international figures enlist in Major League Soccer clubs in these four years, and that perhaps even Lionel Messi himself accepts the invitation. by David Beckham for Inter Miami.