The Princess of Asturias Awards intended to reward the scientific, technical, cultural, social and humanitarian work of individuals, groups of individuals and institutions in the international arena, are awarded in eight categories: arts, letters, social sciences, communication and humanities, research scientific and technical, international cooperation, harmony and sports.

A total of 24 candidates from 10 nationalities were nominated for the Sports Award led by gymnast Simone Biles and sprinter Allyson Felix from the United States.

The Olympic Refugee Foundation was created by the International Olympic Committee (IOC) and the United Nations High Commissioner for Refugees (UNHCR), in 2017 with the commitment to support the protection and sports and personal development of displaced athletes, beyond the Olympic dates.

Facing the 2016 Olympic Games in Rio de Janeiro, the IOC made an exception and created its own team made up of refugee athletes. The objective: to draw attention to the situation of the 65 million people forced to leave their countries of origin. The official name of their team: Refugee Olympic Athletes. 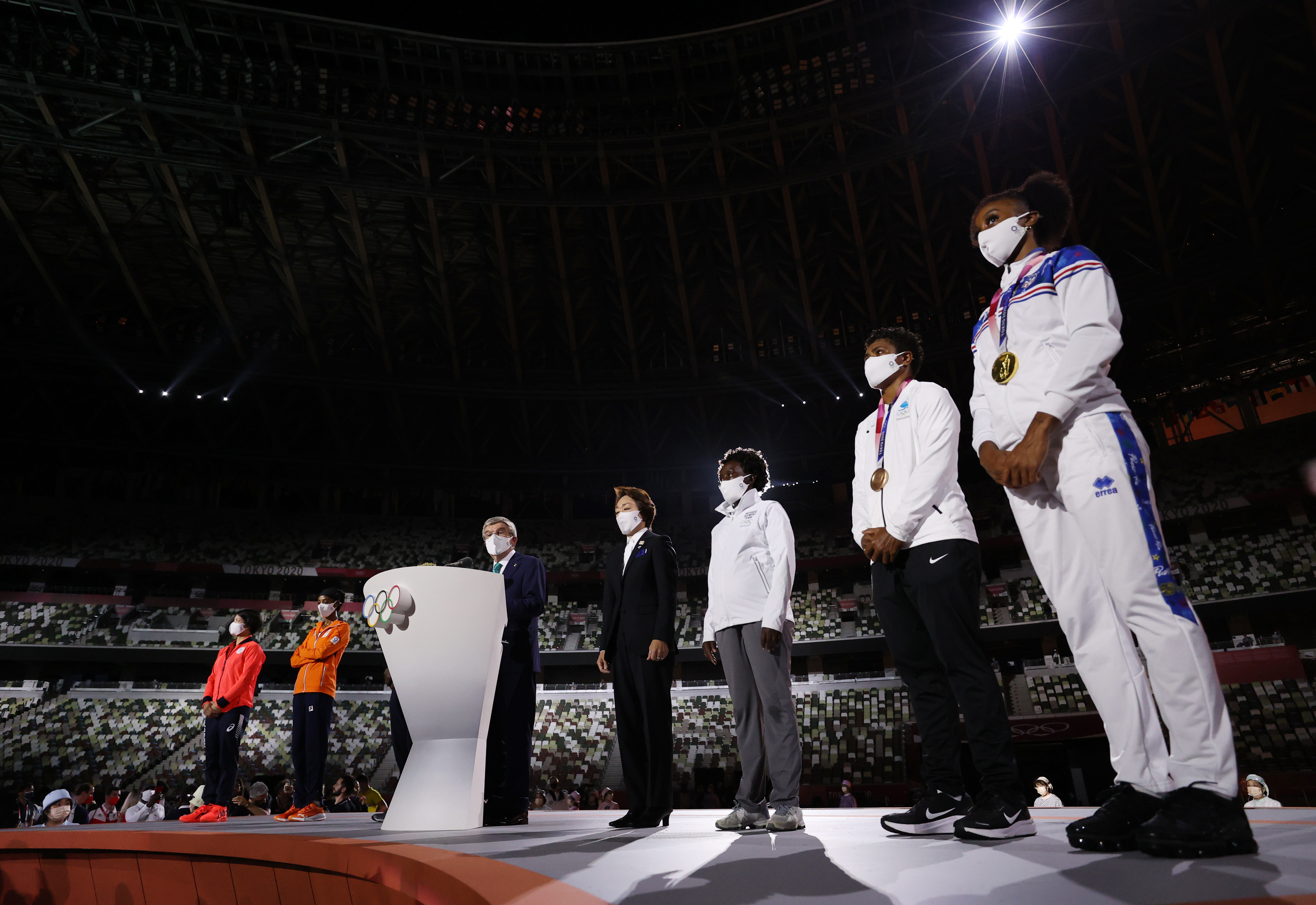 This premiere in Rio de Janeiro included the participation of 10 athletes from Ethiopia, the Democratic Republic of the Congo, Syria and South Sudan, who participated in athletics, judo and swimming, a representation that rose to 29 athletes at Tokyo 2020, with the support of Solidarity IOC Olympian amid the unforeseen hardships of the coronavirus pandemic.

The president of the jury, former Spanish athlete Abel Antón, gold medalist in the marathon at the 1997 and 1999 World Athletics Championships, praised the values of both initiatives for the opportunity they offer athletes in conflict zones and places where human rights are violated.

“The Refugee Olympic team unites the highest values of sport such as integration, education, solidarity and humanity and represents a message of hope for the world”, commented Antón when announcing the jury’s decision, a message that also embraced the Paralympic team.

Other personalities such as Theresa Zabell, the Spanish sailor, Olympic gold medalist in Barcelona 1992 and Atlanta 1996, Vicente del Bosque, FIFA World Cup winning manager with Spain in 2010, and Alejandro Blanco, president of the Spanish Olympic Committee, made up the jury.

The first edition of the Awards in its sports category was won by British runner Sebastian Coe in 1987.

“We feel very honored and grateful to the jury of the Princess of Asturias Foundation. This award is an encouragement to continue our mission to support refugees and displaced people around the world to find safety, relief and joy through sport,” said IOC President Thomas Bach on learning of the result.

Bach called for “advancing efforts to achieve world peace by eliminating wars and conflicts that cause people to flee their homeland.”

The assistance of these athletes to the Olympic Games is also possible because the national Olympic committees of their respective countries are not opposed. Their refugee status is certified by the United Nations while they confirm their actual sporting level and their respective personal circumstances.

It is not ruled out that the IOC initiative could be reproduced by continental sports organizations.