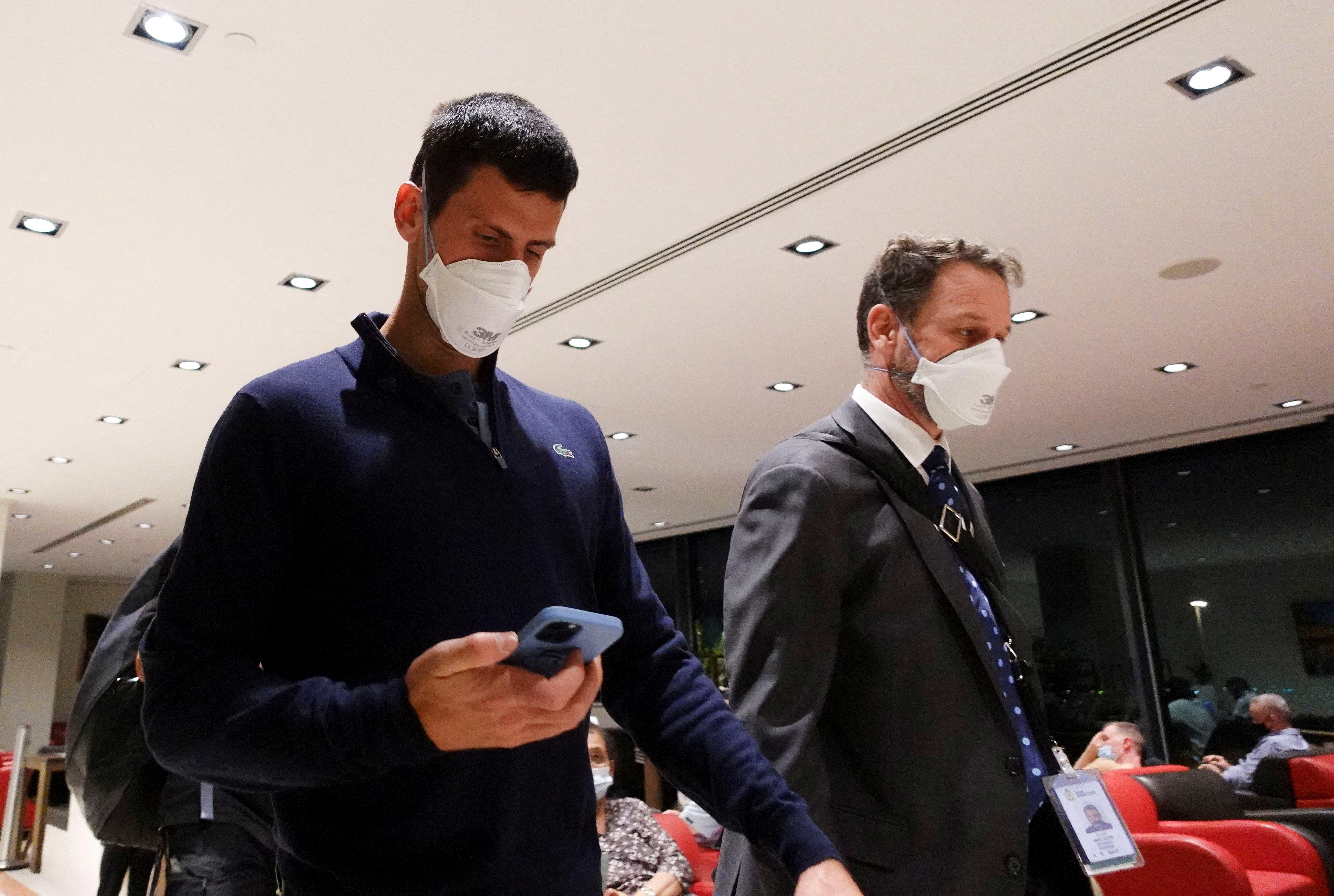 FILE PHOTO: Serbian tennis player Novak Djokovic walks in Melbourne Airport before boarding a flight, after the Federal Court upheld a government decision to cancel his visa to play in the Australian Open, in Melbourne, Australia, January 16, 2022. REUTERS/Loren Elliott/File Photo

With the first week of the Australian Open in the books, it’s been an eventful tournament so far to stay the least. Between Novak Djokovic’s messy deportation case and Tennis Australia asking fans to remove “Where’s Peng Shuai?” shirts and banners, only to reverse their stance the very next day, there is certainly a lot more critical commentary than normal.

However, there is certainly no mistaking who came out the big winner during the year’s first Grand Slam tournament, and that would be another Serb Miomir Kecmanovic.

If you haven’t heard of him, that’s understandable. The 22-year-old had a strong junior career in tennis, winning the prestigious Orange Bowl tournament in 2015, defeating future top-5 player Stefanos Tsitsipas in the final, and then reaching the finals of the Junior U.S. Open the following year. He ended 2016 as the ITF Junior number one. 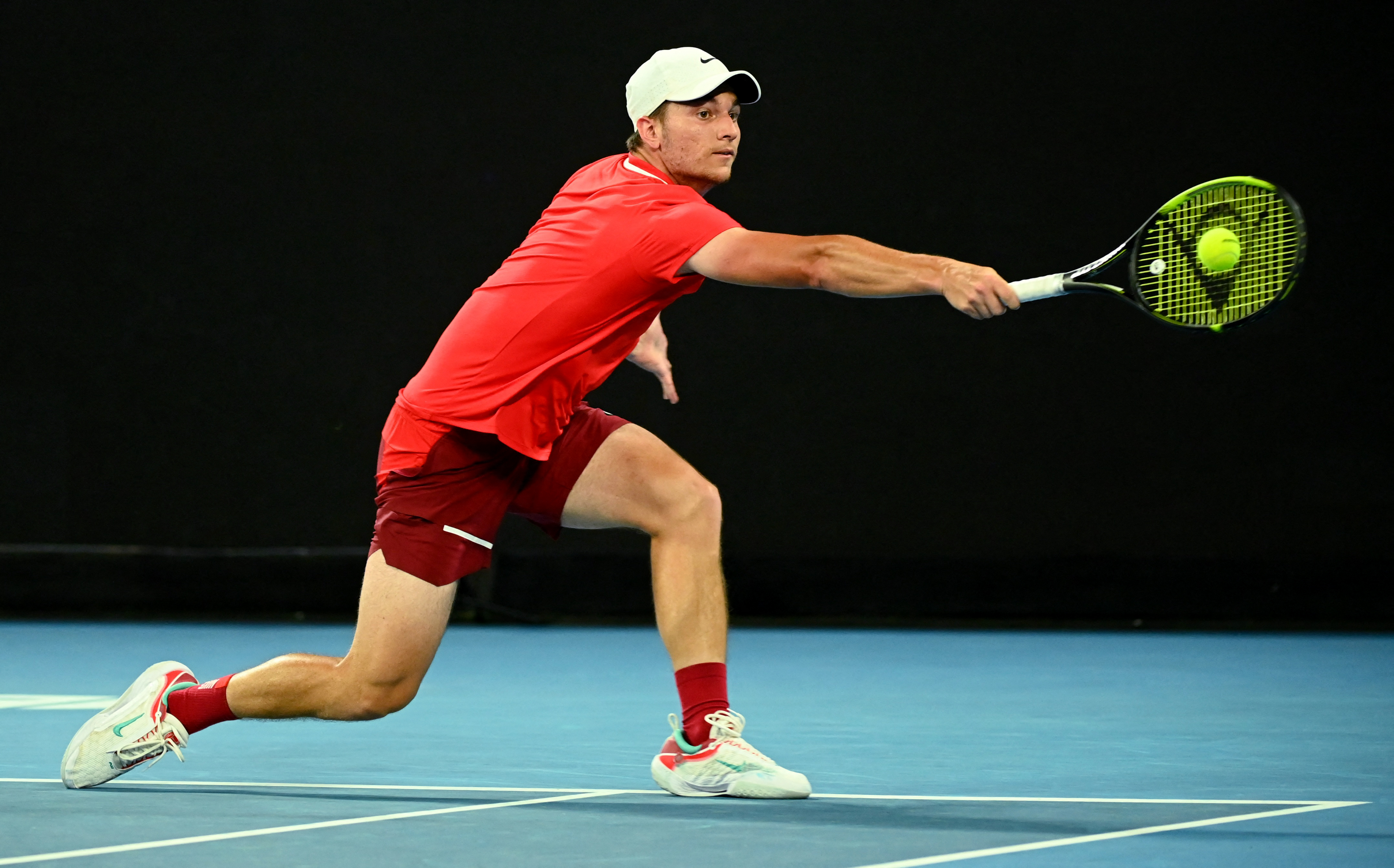 His professional career has been largely unremarkable but it’s had its moments. He broke into the top-100 and then the top-50 for the first time in 2019. The biggest moment of his young career was winning the ATP Austrian Open Kitzbühel in September 2020.

When the draw for this year’s Australian Open was announced, Kecmanovic drew his fellow Serb Djokovic, in the opening round. There was about a 99.9% probability Djokovic was going to win in straight sets en route to a possible historic 21st Grand Slam title, while Kecmanovic would just be a minor footnote in history.

However, Djokovic of course never got to play. The world number one got his visa cancelled and was deported from Australia for not being vaccinated against COVID-19. His spot in the draw was replaced by lucky loser Salvatore Caruso.

Kecmanovic took full advantage of this good fortune and brushed aside the qualifier Caruso in just under two hours.

His second round match against American Tommy Paul was a bit more difficult, but Kecmanovic was able to prevail in three tightly-contested sets. The win guaranteed Kecmanovic’s best ever result in a Grand Slam tournament.

Facing 25th-seeded Italian Lorenzo Sonego in the third round, Kecmanovic dropped the second set but rallied back to win the third and fourth and close out the match.

“A week ago I was supposed to play the world number one and didn’t have much of a chance there,” he told reporters after the match. “But now I’m in the last 16, so I’m happy that I was able to use this chance and that I’ve been playing some really good tennis.”

The fourth round would pose his toughest challenge by far, a meeting with Frenchman Gael Monfils and his 11 career ATP titles. Monfils would be seeking his 10th Grand Slam quarterfinal appearance. 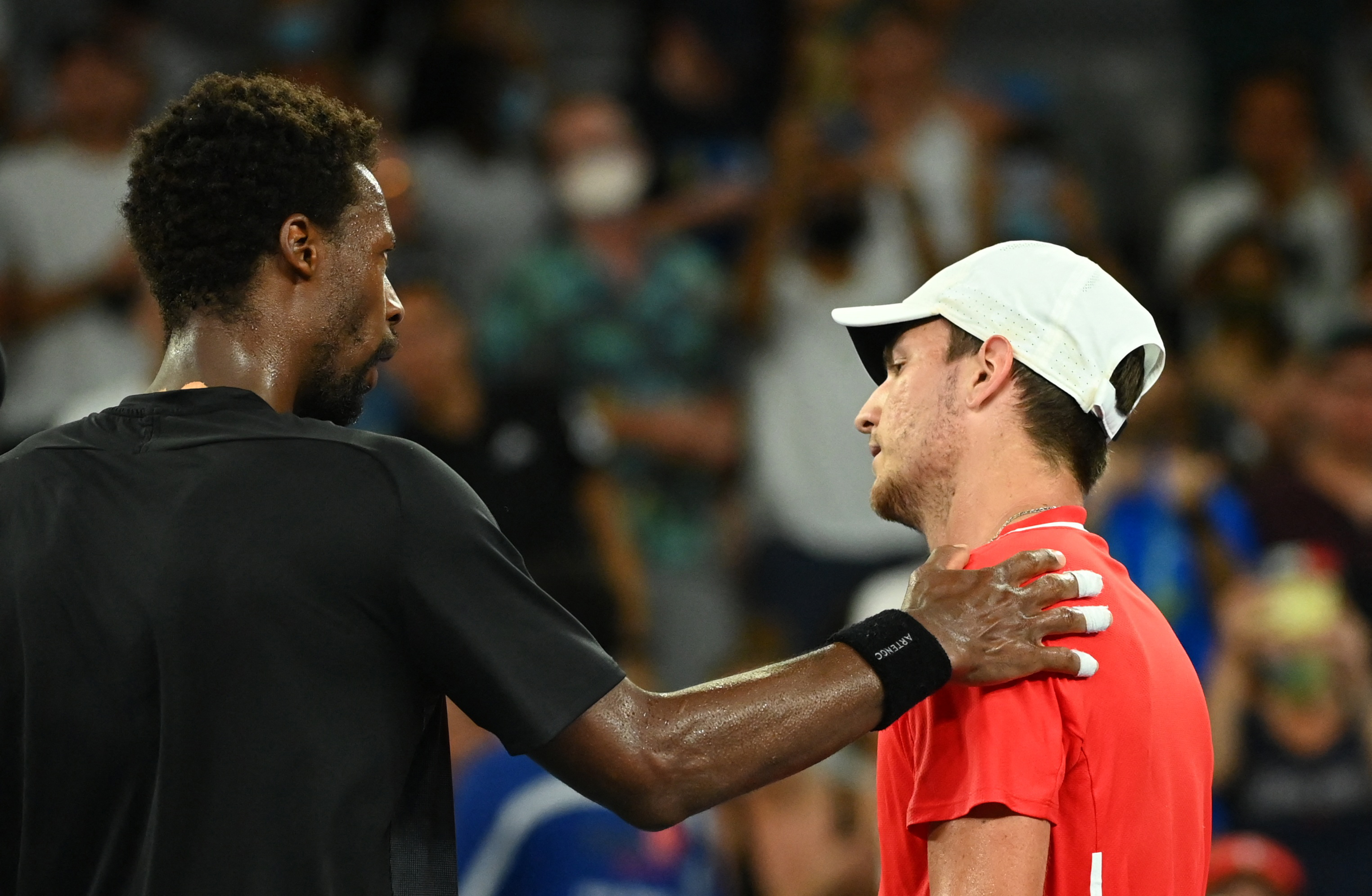 Unfortunately the fourth round was where the dream run ended for Kecmanovic, losing to Monfils in straight sets 7-5, 7-6 (4), 6-3. A disappointing end to a magical week for the Serb.

He came to Melbourne perhaps resigned to his fate as a no-name speed bump on Djokovic’s road to another title, and left with his best Grand Slam result, a potential career-best world ranking and a nice check for $237,000. First round losers get $74,000.

“I didn’t have much pressure just because I felt that I got a second chance,” he said. “So I just wanted to use it to the best that I can.”

A Closer Look: This could’ve been an historical moment for Almaty, instead it’s turned into a tragedy