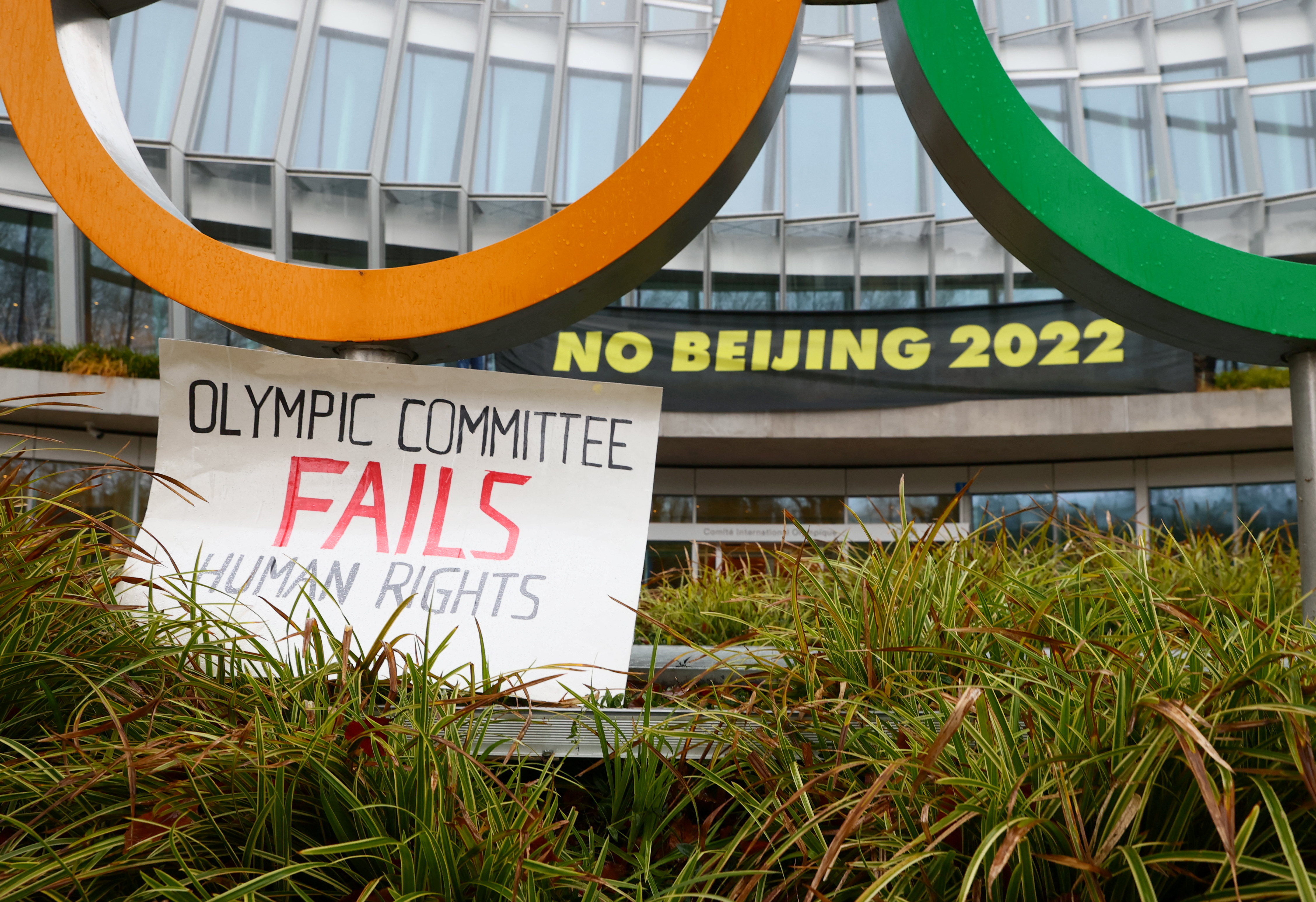 Members of the Tibetan Youth Association in Europe (TYAE) and Students for a Free Tibet protest against the Beijing 2022 Olympic Games outside the International Olympic Committee (IOC) in Lausanne, Switzerland December 11, 2021. REUTERS/Denis Balibouse

Athletes attending the Beijing 2022 Winter Olympic Games were advised against speaking up during a seminar hosted by Human Rights Watch on Tuesday. A fear of what would happen to athletes that express dissent while in China has long loomed over the winter sporting event.

Speaking at the seminar, Rob Koehler, Director General of athlete advocacy group Global Athlete, was quoted by Reuters as stating, “there’s really not much protection that we believe is going to be afforded to athletes. Silence is complicity and that’s why we have concerns.”

He added, “we’re advising athletes not to speak up. We want them to compete and use their voice when they get home.”

Koehler’s concerns were echoed by Noah Hoffman, an American cross country skier that has twice raced at the Winter Olympics, who provided an athlete’s perspective on the issue, commenting, “I feel fear for my teammates going to China. I know my teammates are being shielded about questions on these issues for their own safety.” 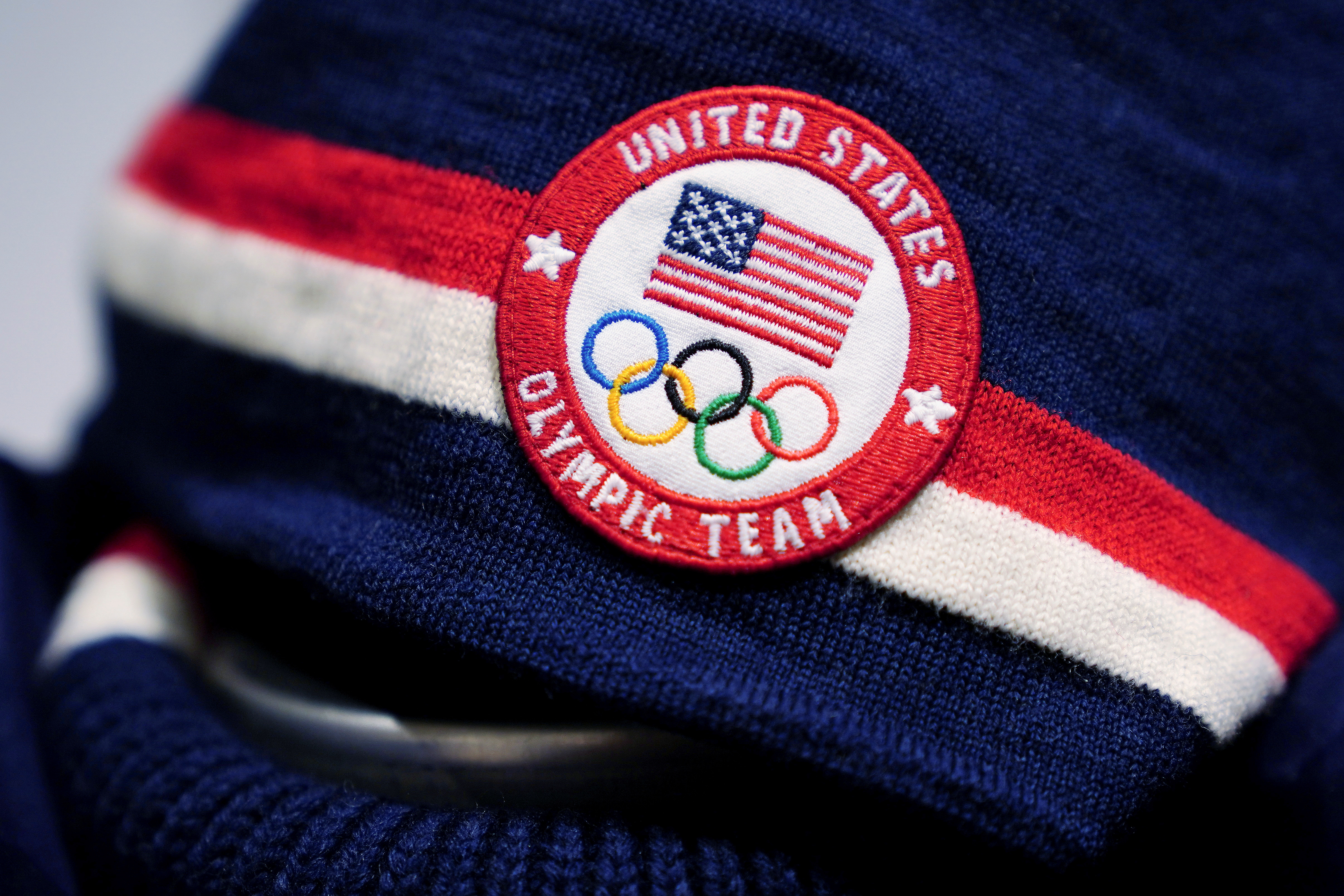 He continued, “We should never be having to protect athletes from speaking out about issues that they think are really important. My hope for athletes there is that they stay silent because they are not only going to be prosecuted by the Chinese authorities, but they could also be punished by the IOC.”

Hoffman is likely referring to Rule 50 of the Olympic Charter in reference to punishment being handed down by the International Olympic Committee (IOC). Rule 50 states “no kind of demonstration or political, religious or racial propaganda is permitted in any Olympic sites, venues or other areas.”

Athletes who choose to voice their concerns about the human rights situation in China could not only draw the ire of the Chinese government, but also that of the IOC. The IOC has enforced Rule 50 before, famously ejecting Tommie Smith and John Carlos from the Olympic Village at the 1968 Summer Olympics in Mexico City, after the pair staged a protest on the victory podium that aimed to draw attention to racial injustices in the United States.

The debate around Rule 50 has intensified in recent years, especially as the legacy of Smith and Carlos’s protest continues to be evaluated. It’s unclear if the IOC will make any major changes or amendments to the rule in the near future, but Beijing 2022 organizers have made their opinion on the subject clear heading into the 2022 Winter Olympic Games. 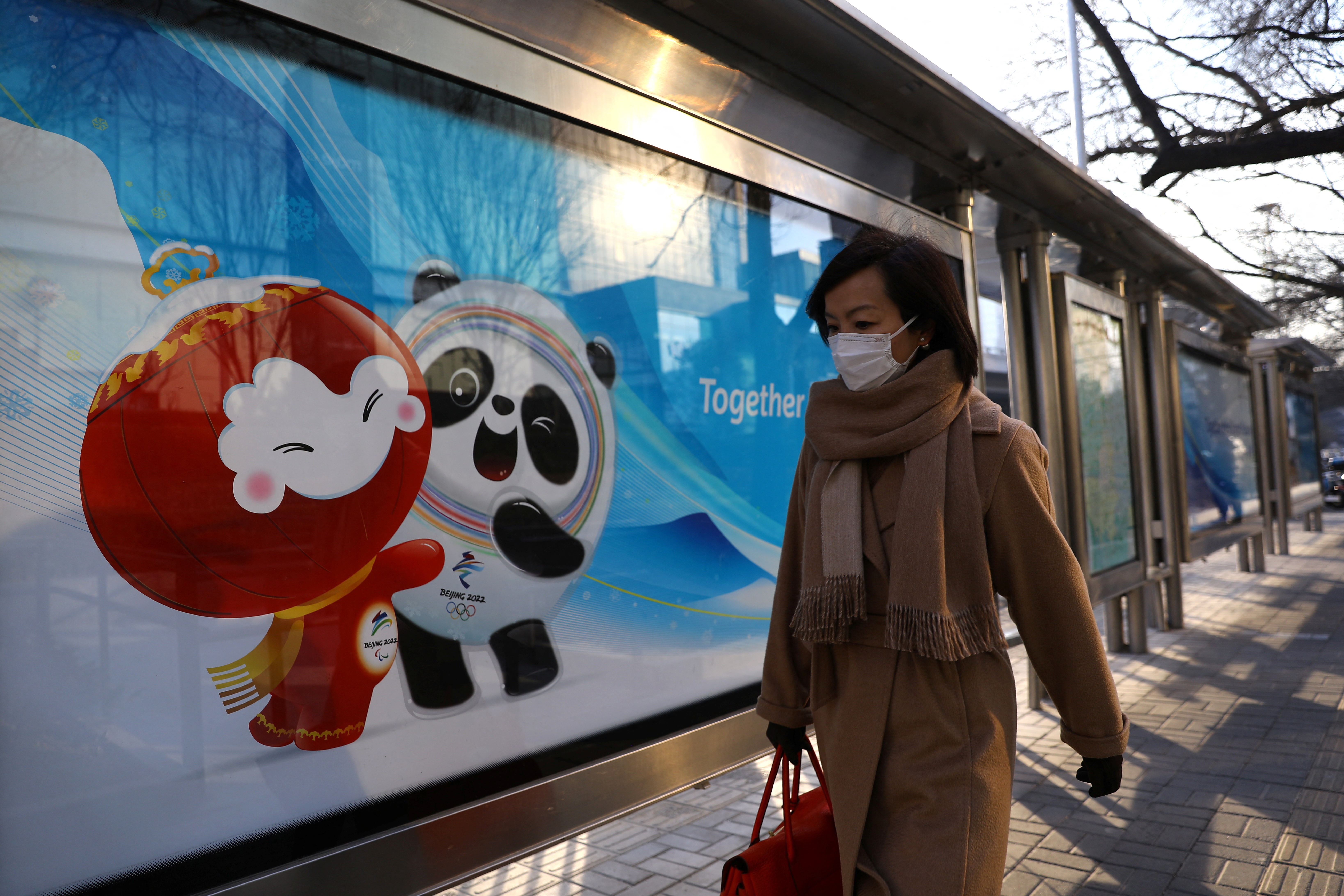 A woman walks past a board with an image of the Beijing 2022 Winter Olympics mascots at a bus stop in Beijing, China January 18, 2022. REUTERS/Tingshu Wang

Speaking at a press conference on the same day as the Human Rights Watch hosted seminar, Yang Shu, deputy director general of international relations for the Beijing Organizing Committee for the 2022 Olympic and Paralympic Winter Games, stated, “any expression that is in line with the Olympic spirit I’m sure will be protected.”

He added, however, that “any behavior or speech that is against the Olympic spirit, especially against the Chinese laws and regulations, are also subject to certain punishment.”

The Washington Post also quoted Yang as saying, “I think for the athletes to participate in the Olympic Games, they should follow the spirit and requirements provided by the Olympic Charter.”

He concluded with a reminder that “the politicization of sports is one of the things opposed by the Olympic Charter.”