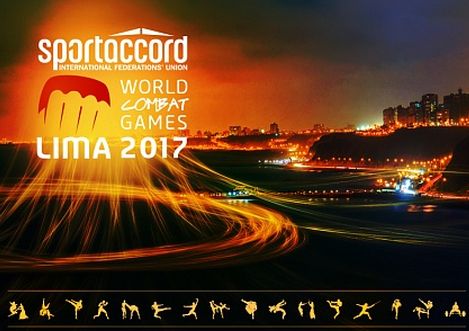 (ATR) The third edition of the World Combat Games will head to South America in 2017.

SportAccord, the organizing body for international sport, announced that Lima, Peru will serve as the third host of the World Combat Games.

Following the announcement, the Peru Olympic Committee and Peru’s local and national authorities are tasked with organizing the 10-day competition. Potentially the greatest challenge in bringing the event to Lima is the cost.

In order to save money, SportAccord will assist with providing some sponsors such as Samsung and Tissot, as well as aiding in creating marketing strategies for the games. However, the Peruvian Olympic Committee will also bring in their own sponsors to pay off the remaining costs of the games.

Peru Olympic Committee president Jose Quiñones signed the agreement with SportAccord to bring the games to Peru's capital and is looking forward to the opportunity.

"The World Combat Games is a great event that will allow us to expose our city and country to the world. We are pleased to be offered this chance to host the finest combat sports participants and showcase our athletes to the world,"Quiñones told members of the press after theannouncement.

The World Combat Games began in 2010 as an effort to bring more recognition to sports within the martial arts field, as six of the sports featured are also competitions during the Olympic Games.

The first combat games were hosted by Beijing, followed by St. Petersburg three years later in 2013 for the second installment. The games will now be held once every four years, maintaining the international competition standard set forth by the Olympic Games.

More will be determined about the 2017 World Combat Games during SportAccord’s World Sport and Convention Summit taking place in Sochi from April 19-24.