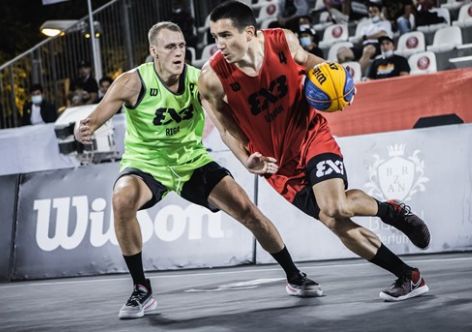 (ATR) A multi-year global collaboration between the International Basketball Federation (FIBA) and Twitch will tip off this spring.

The agreement reached this week is the first such deal the interactive streaming service has struck with an International Federation.

FIBA will not just stream sports content but also, together with Twitch, tailor that content to maximize its impact on the service.

FIBA will broadcast around 600 hours of live basketball games each year to its own Twitch channel as well as other unique programming formats. Fans will be allowed to produce FIBA-related content on their own Twitch channels since FIBA is one of the few rights-holders in global sport to give access to official footage to Twitch creators.

The live games, which will be streamed both on FIBA's Twitch channel and on the channels of its creators' network, will include all FIBA 3x3 competitions, the EuroLeague Women and selected youth tournaments. Additionally, highlights and delayed coverage of FIBA's national team and other club competitions and youth tournaments will be packaged and distributed uniquely for Twitch creators and basketball communities around the world.

A taste of what is to come will begin on March 2 as the 2020-21 Basketball Champions League Play-Offs will be available live and free to digital audiences in France via FIBA’s Twitch channel. The Play-Offs conclude on April 6-7.

A new partnership will mean that more cricket from more countries than ever before will be available to fans around the world.

The International Cricket Council this week announced a live streaming deal with IMG that will mean 541 pathway matches across three ICC World Cups will be live streamed globally for the first time.

Of the 541 matches that will be broadcast, 145 are women’s matches and 80 Associate Members will see fixtures from 41 qualifier events being produced and distributed, with more than 50 of those Members enjoying global coverage at an ICC event for the first time ever.

"Associate Members have long identified that broadcasting international cricket would provide a significant opportunity for growth and raise the profile of our sport in non-traditional heartlands and we are excited by the potential of this partnership," ICC Chief Executive, Manu Sawhney said in a statement.

The partnership will also deliver additional content for ICC digital channels as the federations looks to deepen engagement with existing fans and attract new fans from around the world.

The long-standing relationship between Mastercard and the Rugby World Cup will continue through the 2023 edition in France.

The global payment leader, which began supporting the Rugby World Cup in 2008, has renewed as a Worldwide Partner. The deal means Mastercard will be the preferred card for the tournament and will support rugby’s growth worldwide through its showcase event.

World Rugby Chief Commercial Officer Tom Hill said: "Mastercard has been a long-standing supporter of our sport, being involved as a Worldwide Partner in all men’s Rugby World Cups over the last decade. It is our great pleasure to count them again in the worldwide rugby family and we are excited to partner with them on this great journey."