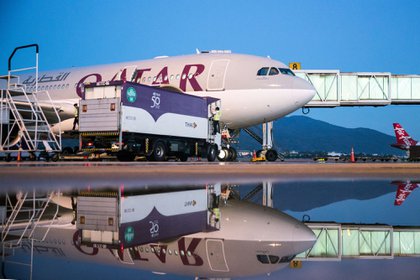 (Bloomberg) -- Qatar Airways increased the number of flights to African destinations after the lifting of a ban from using some other Gulf states’ air space shaved hours off journey times.

The Doha-based airline added flights to Casablanca, Tunis, Cape Town and Johannesburg, according to a Monday statement. The carrier’s network currently stands at 120 destinations, with plans to reach 130 routes by the end of March.