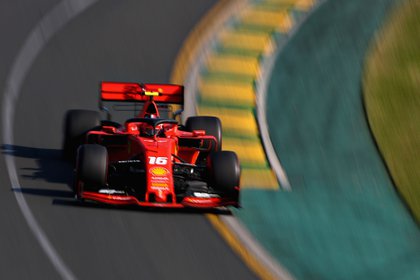 (Bloomberg) -- The Australian state at the center of the nation’s worst Covid-19 outbreak will be without a major fixture on its sporting calendar, at least for the first half of the year, with the Formula 1 Grand Prix postponed amid enduring and strict border controls.

Bahrain will now host Formula 1’s first race of the season as the Australian Grand Prix held in Victoria, where no community transmission of the virus was registered in the past week, was delayed until November.

Australia’s requirement that anyone arriving isolate in hotels for two weeks upon arrival wasn’t feasible for the some 1,600 Formula 1 officials and team members that travel to each race, Victoria’s Minister for Sport Martin Pakula said Wednesday. Had the race not been delayed, there was a risk it would be canceled a second year, he said.

“From a practical point of view, it would have been very, very difficult” for Melbourne to host Formula 1’s traditional season opener, Pakula said. Holding the race in November “gives us the best chance of having a wonderful event, that can be conducted safely and in front of the biggest possible crowd,” he said.

The delay comes as sporting bodies navigate strict controls that have been pivotal to Australia’s success in curbing the virus, including shuttering borders to non-residents and requiring returned overseas travelers to isolate for 14 days in a quarantine hotel. The nation has recorded fewer than 29,000 cases of Covid-19 and 909 deaths since the pandemic began a year ago, according to government data.

Unlike the Formula 1, tennis players including World No. 1 Novak Djokovic are willing to follow Australia’s regime, allowing the Australian Open grand slam to begin next month. More than 1,200 officials, players and their support teams will begin arriving in Melbourne and Adelaide this week under strict rules, including mandatory isolation, daily testing for Covid-19 and athletes being limited to a daily 5-hour block for training and treatment.

“They were prepared to do that,” Pakula said. “Had they not been able to do that, we may have been having a similar conversation with tennis.”

Still, a delayed race is good news for Australia’s second-largest city after it was canceled last year when a member of the McLaren Racing team tested positive for coronavirus. The event, which includes practice and qualifying sessions, attracted 324,000 spectators to Melbourne across four days in 2019, including 102,000 on race day, according to the Victoria state government.

At present, teams and officials will still be subject to strict rules on arrival, including following Australia’s mandatory isolation rules. That may change given the race is 10 months away and the nature of the pandemic is shifting with Covid-19 vaccines beginning to be administered, Pakula said.

“I suspect in many respects things will look quite different in November than how they look in January,” Pakula said.