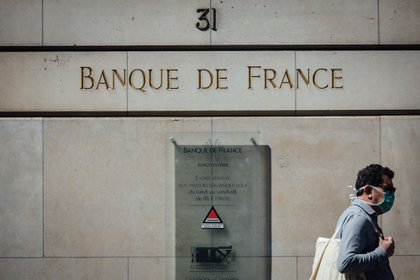 (Bloomberg) -- Rising corporate debt and the prospect of further Covid-19 lockdowns pose a systemic risk to France’s financial system that will rise in the coming months, according to the country’s central bank.

Debts of non-financial companies are now the greatest vulnerability in the system, the Bank of France said in its semi-annual review of financial risks. While the second lockdown starting in November didn’t hit some companies as severely as the first, a slow economic recovery will make it tough for some to pay off debts built up since the start of the crisis.

“If the scenario of a slow recovery is confirmed, a significant increase in defaults of non-financial firms would weigh on the results of banks, with a rise in losses and provisions associated with the credit risk of companies,” the central bank said.

The negative outlook may add fuel to the debate over restrictions on bank dividends amid the pandemic crisis. While the European Central Bank lifted its de-facto ban on payouts in December, it imposed strict limits that prompted opposition from executives including Societe Generale SA Chief Executive Officer Lorenzo Bini-Smaghi.

While continuing low interest rates are set to put further pressure on bank profitability, their strong balance sheets will allow them to keep lending and supporting an economic recovery, the Bank of France said.

The warning comes amid increasing uncertainty about the economic outlook and the possibility of further virus-related restrictions. Germany and the U.K. have already moved to extend and tighten lockdowns and France is set to keep restaurants and bars closed for longer as the number of Covid-19 cases remains above government targets.