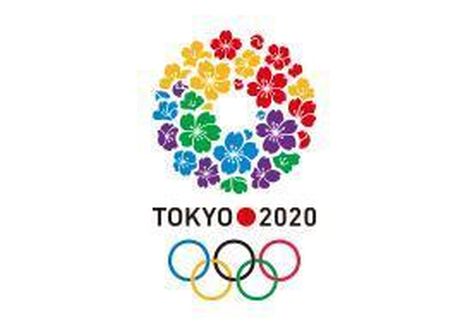 (ATR) Tokyo 2020 organizers will sort through 26 interested federations to produce a shortlist for inclusion in the Games by June 22.

The federations considered by some to have the best chance at earning a spot in the Games are baseball and softball, karate and squash.

Baseball was part of the Olympic program in the past, but was removed from the Games at the Beijing 2008 Olympics. It is also a sport that is very popular in Japan as well as several other countries in the region.

The World Baseball and Softball Confederation (WBSC) will host the inaugural Premier12 baseball tournament in Japan this year, featuring twelve of the best baseball-playing countries. The competition is hosted by Japan and will take place in possible Olympic venues for the 2020 Games.

Karate will have the opportunity to showcase the sport at the inaugural European Games in Baku which begin today. Several martial arts disciplines are currently in the Olympic program, including boxing, wrestling, fencing, judo and taekwondo. Sumo and wushu are two other martial arts sports that submitted an application for Tokyo 2020.

Since the adoption of Olympic Agenda 2020, the host country’s organizing committee can now add sports to the program of their own accord. This has opened the flood gates for sports typically denied entrance into the Olympic program to apply for the chance to showcase their sport at Tokyo 2020.

Tokyo 2020 will use three factors to determine which sports to admit to the program. Promoting the overall Olympic movement and youth initiatives, adding value to the Games by engaging the Japanese and worldwide audience and having a selection procedure that is fair and open are the criteria for selection.

Federations for baseball, floorball and surfing are all pointing to their sport’s appeal to youth audiences as the primary reason they should be included at Tokyo 2020.

The WBSC says it hopes its sports "will serve to optimize fan, youth and overall engagement, helping to captivate the entire Olympic host nation of Japan and audiences worldwide."

"Our key values are the low entry level for both athletes and spectators, the flexibility of the sport, in addition to the fact that Floorball is a sport played and followed by the youth," floorball president Tomas Eriksson said.

"I firmly believe that surfing’s incredible youth appeal, its unique core values and the sports willingness to innovate and embrace new technology would add huge value to Tokyo 2020 and to the Olympic Movement," surfing federation president Fernando Aguerre said in a statement.

Other federations such as bowling highlight their sports prominence in Japan and surrounding areas.

"Japan is our second-largest member federation, behind the United States, in terms of participation" World Bowling president Kevin Dornberger tells Around the Rings.

The 26 interested applicants will be narrowed down to a short list by the Tokyo 2020 Additional Event Program Panel on June 22. The remaining applicants will have one month to submit further details to the panel, initiating phase two of the selection process.

From there, applicants will present to the panel and organizing committee in early August, with a deadline for Tokyo 2020 to submit its final additional events proposal to the IOC by September 30.

Final confirmation for the sports added to the Tokyo 2020 program will be made at the IOC session in Rio de Janeiro in August 2016.