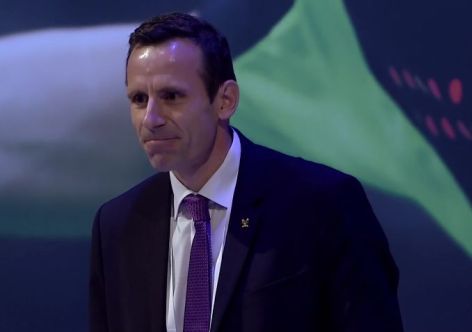 The FISA Congress takes place following the conclusion of the World Rowing Championships on Oct. 1. This is the first time in 20 years that the tournament is being hosted in the United States, with the newly developed Nathan Benderson Park serving as the venue.

Competition continues on Sept. 30 with nine more medal events and concludes on Oct. 1 with another nine medal events.

The FISA Congress on Oct. 2 will be held at the Polo Grill and Bar and will feature discussions about rowing’s Olympic program at Tokyo 2020 and possible changes to future world championship boat classes.

The congress will elect new FISA Council and Executive Committee members. The location of the 2018 FISA Congress in Plovdiv, Bulgaria is also expected to be confirmed.

The main order of business at the congress will be the selection of the host city of the 2020 World Rowing Championships. Three cities are in the running for the 2020 edition including Plovdiv, Poznan, Poland and Bled, Slovenia.

No cities have submitted bids for the 2021 championships by the candidate deadline, so the FISA Council has been seeking qualified cities to host the tournament. An update on this progress will be provided during the meeting.

Around the Rings will be on the scene for the conclusion of the championships and FISA Congress.