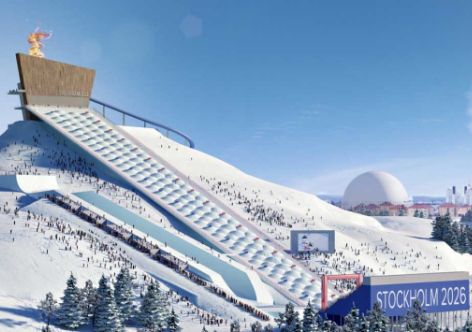 (ATR) A Stockholm bid to host the 2026 Olympics appears very much alive, less than eight months after Stockholm politicians declared it dead.

An International Olympic Committee working group as well as bid consultants were in town earlier this week for meetings with Swedish bid organizers.

"We had two days of very fruitful work,"Richard Brisius, CEO of the Stockholm 2026 bid, tells Around the Rings."The new process that aims to tailor games for Sweden with great support of the stakeholders and the IOC working groups is great."

The SOK had repeatedly told ATRthat a bid was not dead despite the April 26 announcement by the Social Democrats, who are the largest political party in a coalition that runs the Stockholm city government, that the Swedish capital was bowing out.

Months of talks between the SOK and the various stakeholders, along with the IOC introducing a less expensive process for choosing and hosting an Olympics, has helped bring the bid back to life.

But that doesn’t mean it’s a done deal. Neither the national nor city government has signed off on it yet.

"SOK, as well as Swedish sport in general, is basically positive for an application." said SOK board member Anette Norberg in a statement.

"However, we have great respect for the economic, social and environmental issues, as well as the importance of creating a consensus in Sweden for us to apply for a Winter Olympics."

In January the SOK will present further details of the bid to stakeholders including the Stockholm and national governments as well as other municipalities, according to Swedish news agency TT.

The governor of Utah wants the state’s Winter Olympics facilities to be ready for a potential bid to host the Games in 2026 or 2030.

Republican Governor Gary Herbert’s budget plan for 2018 includes nearly $6 million to upgrade the venues used when Salt Lake City hosted the Winter Games in 2002, according to a report by the AP.

The governor’s budget plan is only considered a starting point for the Utah State Legislature, which is responsible for determining the final budget and then submitting it to Herbert.

But the request for additional funds for facility upgrades is the latest sign that Utah officials are serious about a bid.An exploratory committee was formed in October and is expected to decide by Feb. 1 whether a bid for either 2026 or 2030 is feasible. The IOC deadline for entering the 2026 bidding is March 31.

A poll released last month showed 89 percent of Utah residents support a bid by Salt Lake City to host another Winter Games. The poll was commissioned by the exploratory committee.

Reno-Tahoe and Denver are the other U.S. cities who have expressed interest in hosting.