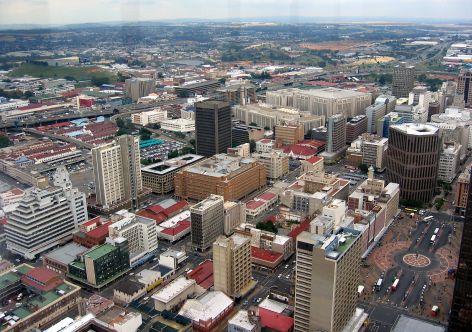 (ATR) South Africa is mum about speculation that the country will submit a bid to host the 2022 Youth Olympic Games.

In exclusive comments to Around the Rings from South African Sports Confederation and Olympic Committee President Gideon Sam, the sport leader first showed appreciation "for inquiring whether we would be interested in hosting the Olympic Youth Games".

"There has been no discussion on the Youth Games, but I will get in touch with you once I have checked with Government whether there is an appetite to host," Sam clarified to ATR.

So despite a lack of initial talks, the door remains open for South Africa to be the first African country to host an edition of the Olympics or Paralympics. The South African city of Cape Town bid for the 2004 Summer Olympics against stiff competition from the likes of Rome and eventual host city Athens.

Senegal is the first African country to announce its intentions to bid for the event through IOC member and Senegal NOC President Mamadou Ndiaye.

According to French publications, Ndiaye said "as soon as we have received the specifications, we are ready to apply."

"We have recently renovated or built a lot of sports facilities and infrastructure," the IOC member added.

Former Olympic Games executive director Gilbert Felli recently visited Senegal to inspect the country’s sports infrastructure. Felli relayed to the IOC Session in PyeongChang that the YOG bid had high level support at the government, the general infrastructure was suitable and that available accommodations are reassuring.

ATR has requested comment from the Olympic Committee of Morocco, another country speculated to be interested in hosting the 2022 YOG.

Today in PyeongChang, the IOC approved plans to target African National Olympic Committees as potential host cities of the fourth edition of the Summer Youth Olympic Games (YOG) in 2022.

A targeted approach based on the principles adopted by the IOC Session in 2016 will replace the competitive stage seen for previous YOG host city selections, making the process more streamlined, simpler and shorter.

"Africa is the home of so many very successful Olympic athletes," said IOC President Thomas Bach. "Africa is a continent of youth. That is why we want to take the Youth Olympic Games 2022 to Africa."

The IOC will engage with selected African NOCs over the next few weeks to establish the feasibility of staging the 2022 Youth Olympics.

"Our youth has been hoping and always dreaming to have the world come to Africa and experience the African nations," said IOC member from Ethiopia, Dagmawit Berhane. "It’s a pleasure to hear our colleagues in the IOC have the faith and belief in an African nation to host the [Youth Olympic] Games."

Nawal El Moutawakel, IOC member and Moroccan Olympic hurdling champion, said a YOG in Africa would "be a great glimmer of hope for Africa".

"I would like to express my joy at finally seeing such a project being implemented on a continent which has for so long been on the margin of our Olympic Movement," said El Moutawakel.

The IOC says it will elect the 2022 YOG host city at the next IOC Session in Buenos Aires, Argentina ahead of the 2018 Youth Olympics in October.