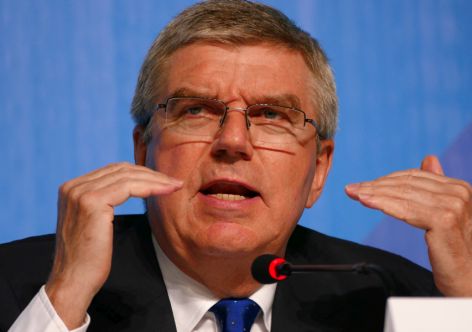 (ATR) The International Olympic Committee tells Around the Rings that President Thomas Bach will be visiting the Liechtenstein NOC on Friday before traveling to St. Moritz this weekend.

Bach’s visit to St. Moritz comes on the heels of last Sunday’s failed referendum that ended a regional bid by Eastern Switzerland to host the 2026 Winter Olympics.

St. Moritz residents, like those of the Graubunden region, voted against the local government taking out a $25 million loan in an effort to host an Olympics for the first time since 1948.

It marked the second time in four years that Graubunden rejected a potential bid. This time, 60 percent voted against, up from about 53 percent in 2013, when a bid to host the 2022 Winter Games went down to defeat.

The remaining Swiss regional bid, centered in Sion in Western Switzerland, does not face a referendum at this time. Sion has previously lost out in bids to host the 1976, 2002 and 2006 Winter Games.

Swiss Olympic is currently evaluating the bids and is expected to make a decision in early March. At this point, it appears the only question to be answered is if the one remaining bid passes muster.

The IOC also tells ATR that the second edition of the International Forum for Sports Integrity (IFSI) will take place at the Olympic Museum on Wednesday.

The IOC says discussions will be structured around two main points: future actions for strengthening the prevention of the manipulation of competitions and supporting ethical conduct.

The Forum will be livestreamed in its entirety on www.olympic.org.