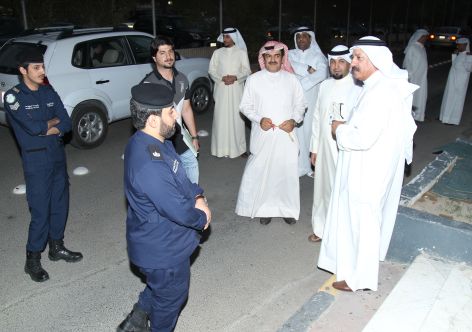 (ATR) The rift between Kuwait authorities and the country’s sports bodies deepens as the Kuwait Olympic Committee and Kuwait Football Association are dissolved.

Hmoud Flaiteh of the Public Authority for Sports says there are financial irregularities at the KOC and the KFA that the two organizations failed to correct, warranting dissolution.

The decision follows a visit by Kuwait police to the KOC and KFA headquarters on Aug. 18 in which the PAS says authorities found "countless infringements and violations" and "gave the parties a deadline to remove objectionable infringements".

The two organizations are already suspended by the International Olympic Committee and FIFA. Kuwait athletes competed under the Olympic flag at Rio 2016 as a result.

IOC spokesperson Mark Adams tells Around the Rings, "We have seen media reports and are currently gathering information in order to assess the situation."

While the IOC, KOC and KFA determine how to handle the situation, the PAS has assigned interim commissions to take over the responsibilities of the two bodies.

The PAS statement says the two commissions have the authority to open legal proceedings against the KOC and KFA "in a manner that will safeguard public funds".