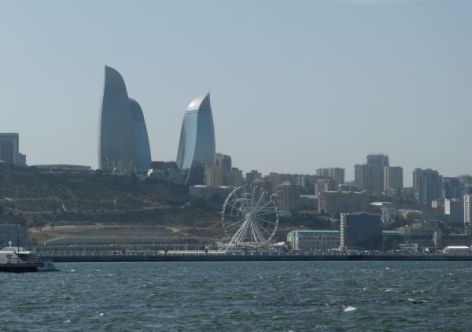 Baku 2015 has appointed Frenchman William Louis-Marie as director of communications.

Louis-Marie joins the organizing committee with little over a year to go to the inaugural European Games. He starts Tuesday.

He joins from multimedia brands and PR agency Trace Sports, where he served as London 2012 Olympic Games project manager. Among other marketing and communications roles, he worked on the Atlanta 1996 Games and France 1998 World Cup as communications manager during his five years with Coca-Cola France.

Simon Clegg, chief operating officer of Baku 2015, said Louis-Marie would be able to draw on his breadth and depth of communications experience within the commercial sector to develop Baku 2015’s communication strategy and delivery.

"His international reputation and passion for sport will greatly enhance the existing BEGOC team and will contribute to the successful delivery of an inaugural European Games in Baku next June," Clegg said.

Louis-Marie said he was looking forward to helping build awareness of the Euro Games internationally.

"We want to showcase Azerbaijan as a destination for elite sport, as well as a modern and dynamic European country. The European Games will be a celebration of sport enjoyed by the entire continent and the Azerbaijani population," he said.

The finals for this year's World Series of Boxing have been relocated from Ukraine to Baku, AIBA has confirmed.

Organizers accepted an offer from the Azerbaijan Baku Fires franchise to host the event after the Ukraine Otamans franchise withdrew its hosting plan due to the country’s conflict with Russia.

AIBA president C.K. Wu said he was "very pleased to have found a host city at this late stage."

The WSB board chairman added: "Baku has already hosted several AIBA and WSB competitions, and we are very confident with the Azeri’s franchise’s ability to successfully organize and manage this important event."

Before accepting this offer, WSB chiefs consulted with the Cuba Domadores franchise on the newly-proposed location for the finals. The Cuban team gave positive feedback about the relocation of the event.

The finals will take place on June 6 and 7.