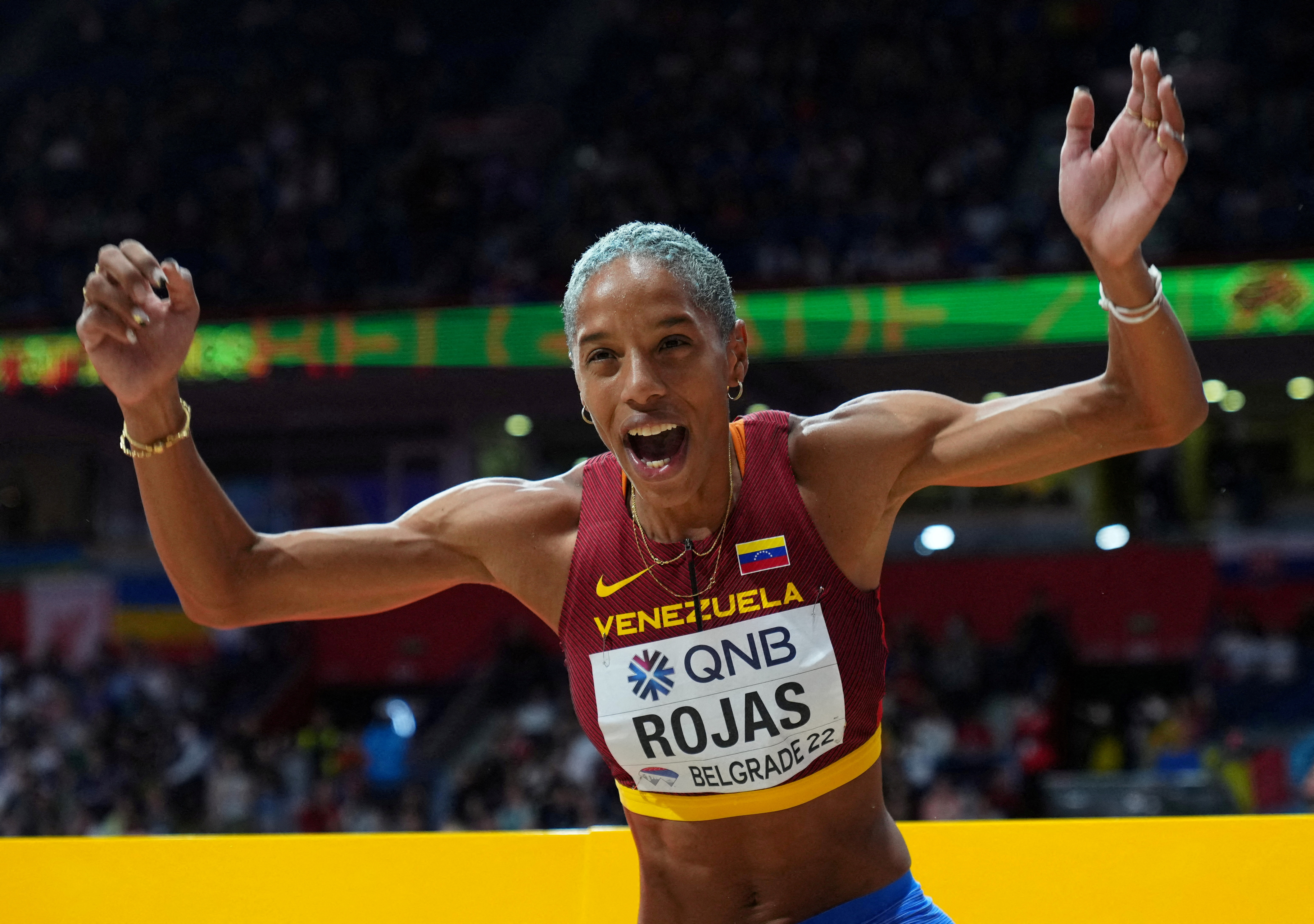 Yulimar Rojas will not be competing in the long jump at the world championships that start next week in Eugene, Oregon as a result of her jumping in unapproved shoes.

The World record holder and defending Olympic champ in the triple jump was found to be wearing shoes that were 5 millimetres more than what is allowed when she launched herself 6.93 metres in Spain during last month’s meet at the Reunion de Atletismo Ciudad de Guadalajara to book her ticket for the upcoming World Championships.

Track and field’s governing body World Athletics said in a statement on Wednesday that the jump by Rojas in Spain “was not a valid result as she was wearing triple jump shoes which are not approved for long jump.”

The soles of long jump shoes are allowed a maximum thickness of 20 millimeters, while the limit for triple jump is 25 millimeters.

“We know this is disappointing for Ms. Rojas and her legions of fans,” World Athletics said, “but we very much look forward to watching Ms. Rojas compete in the triple jump.”

The 26-year-old Venezuelan has set two world records this past year. One indoor, of 15.74 meters at the indoor worlds in March and one outdoor, when she leaped 15.67 meters at the Tokyo Olympics.

The eighteenth edition of the World Athletics Championships, are scheduled to be held July 15–24 2022 in Eugene, Oregon, United States.

The women’s triple jump final is scheduled for July 18.