Group A play began yesterday in the Concacaf Women’s Championship. The group consisting of Haiti, the United States, Jamaica and Mexico returned surprising results at the conclusion of the first round of games.

The first game of the tournament kicked off between the United States and Haiti. While the United States was able to pick up a 3-0 win, it came as a shock to fans and critics around the world that the score was not higher. Historically in Concacaf play, the U.S. had outscored Haiti 10-0, in fact, Haiti has never scored against the U.S. Last night, that almost changed.

Emily Fox fouled Nerilia Mondesir in the box and Haiti was awarded a penalty kick. Roselord Borgella stepped up to the spot to take the shot and with Casey Murphy in goal, she struck the ball. Unfortunately for Haiti, Borgella hit the post and play continued on. The chance to cut the score in half and light a fire under the Haitian side slipped away with a missed opportunity.

The United States had several missed opportunities in the match, as well. The youth on the team is bringing a completely different style of play than has been seen from the USWNT in the past 15-20 years. The pace of play was much slower and the team does not seem to be reading each other as well as teams in years past. 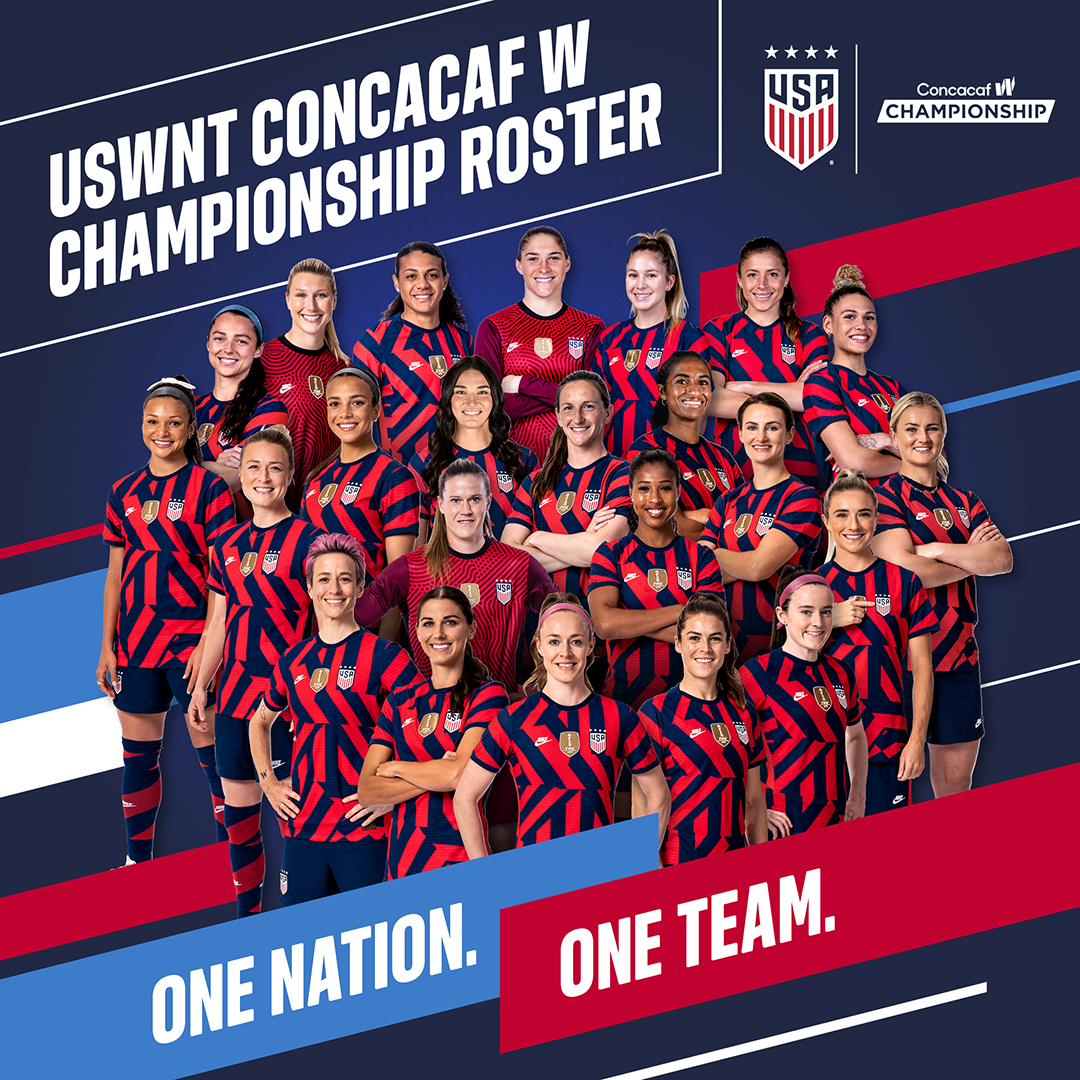 Coach Vlatko Adonovski stated after the game, “We’re happy we created opportunities. Not happy we didn’t finish them. But, also overall about the game, we played against a really good, disciplined team with some world-class individuals.”

World cup champion and Olympic medalist, Alex Morgan, did capitalize on two opportunities given to her to make the score 2-0 in the first half. She almost had a third, as well, but was denied by the goal post.

A third goal late in the game from Midge Purce showed a bit of promise from the young player. She has been able to find herself on the end of many balls served into the box, but finishing has been a problem. Yesterday, Purce finished twice, but one of the goals was called back due to Megan Rapinoe being offside when she served the ball into play. 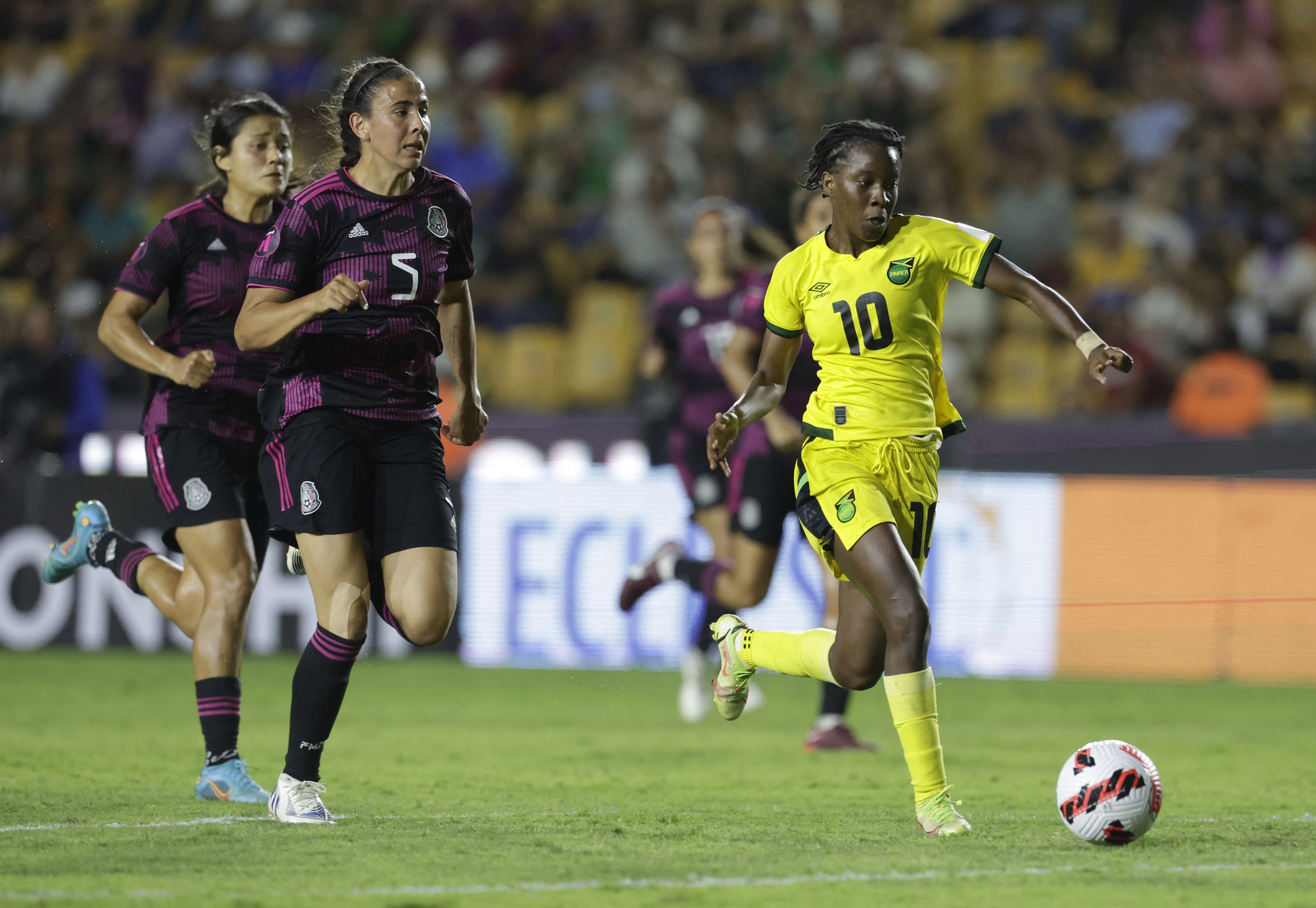 While the USWNT’s drab play has been a bit surprising for the powerhouse play normally seen from them, the more surprising play from Monterrey last night came from Jamaica in their defeat of Mexico.

Coming into Group A, it was expected that the U.S. would lead the group and secure its position in the World Cup with Mexico finishing right behind. With Jamaica beating Mexico in a 1-0 victory yesterday, the outcome of this group does not seem as straightforward.

Khadija Shaw scored just eight minutes into the game for Jamaica when she got on the end of a free kick served in by Deneisha Blackwood. Shaw connected with a header to give her team an early lead. Diana Ordonez almost evened the score less than ten minutes later, but was denied by the goal post. Mexico continued to control the game, but were unable to find quality opportunities to put in an equalizer.

Jamaica and Haiti playing such strong matches shows that the game is evolving around the world. Yesterday marked the first time Jamaica has ever beaten Mexico in Concacaf Championship play and it marked the first time Haiti has allowed less than four goals against the U.S. These two teams’ level of play may lead to very different results in the group standings than previously expected.