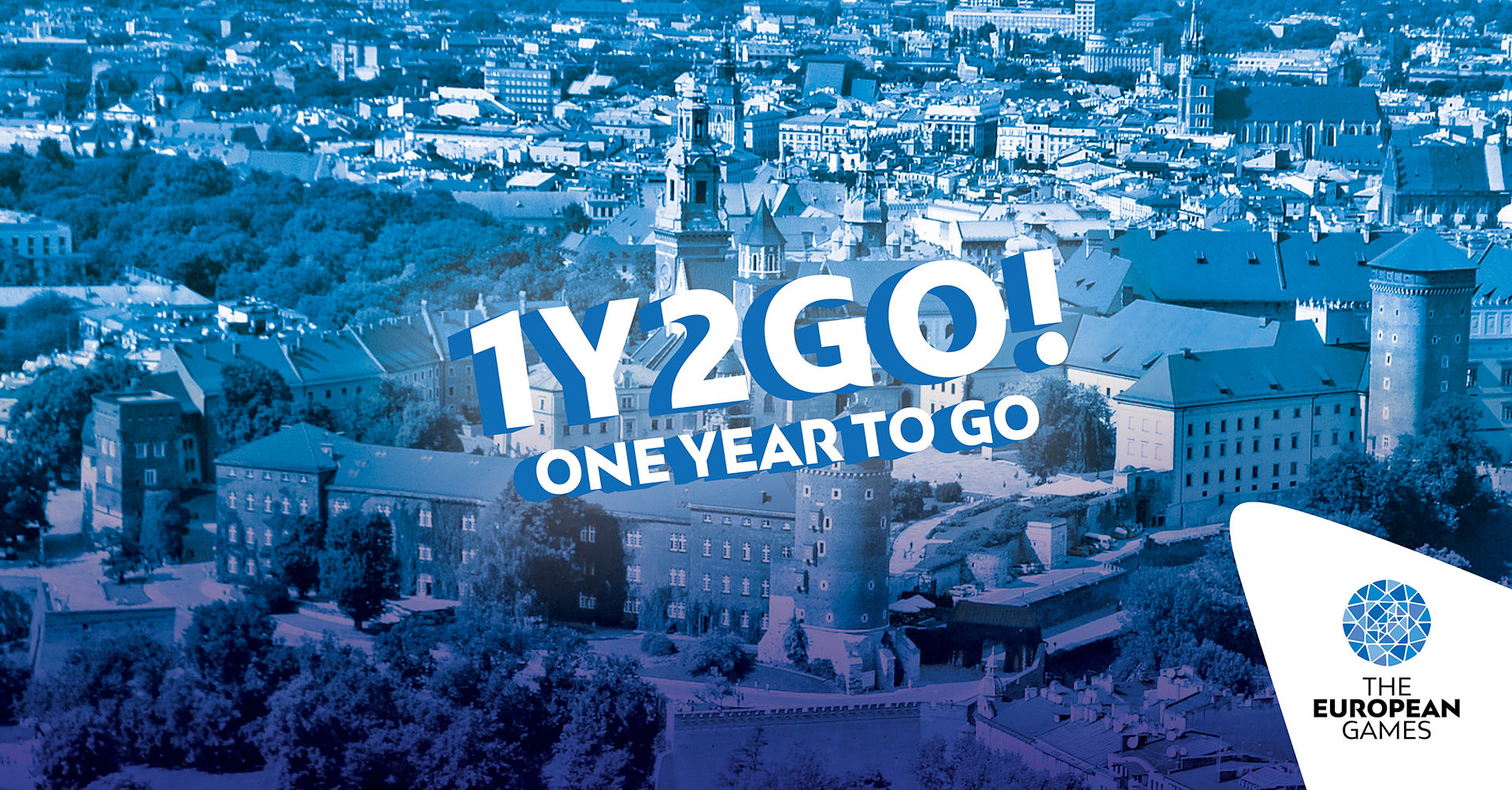 In one year, approximately 7,500 athletes will begin competition in Krakow and the Malopolska region at the third edition European Games (EOC)

Europe’s top athletes will descend upon Kraków and the Małopolska region of Poland for the 2023 European Games exactly one year from now, in what will be the largest multi-sport event in the country’s history.

“This is the perfect opportunity for Poland to show the world that it can stage the biggest sporting events whilst capitalizing on the wider societal benefits they bring,” said Polish Olympic Committee President and EOC Executive Committee member Andrzej Kraśnicki. “We cannot wait to welcome the best athletes from across Europe for a celebration of sport and friendship.”

In stride with the one-year countdown, the EOC has released the provisional event schedule for the third edition of the European Games, which will feature 18 Olympic sports, many of which will serve as Paris 2024 Olympic qualifiers. There are 24 sports in total on the program, including beach handball, mountain running, boxing, kickboxing, breaking, padel and summer ski jumping, considering the host nation’s storied history in the traditionally winter event.

According to Polish organizers and EOC leaders, sustainability is central of all aspects of the Games, and in addition to a masterplan without any new permanent venues, there will be initiatives across transport, operations, waste management and much more to ensure carbon emissions are kept to a minimum. Carbon offsetting plans are also in place to ensure that the Games achieve carbon neutrality. 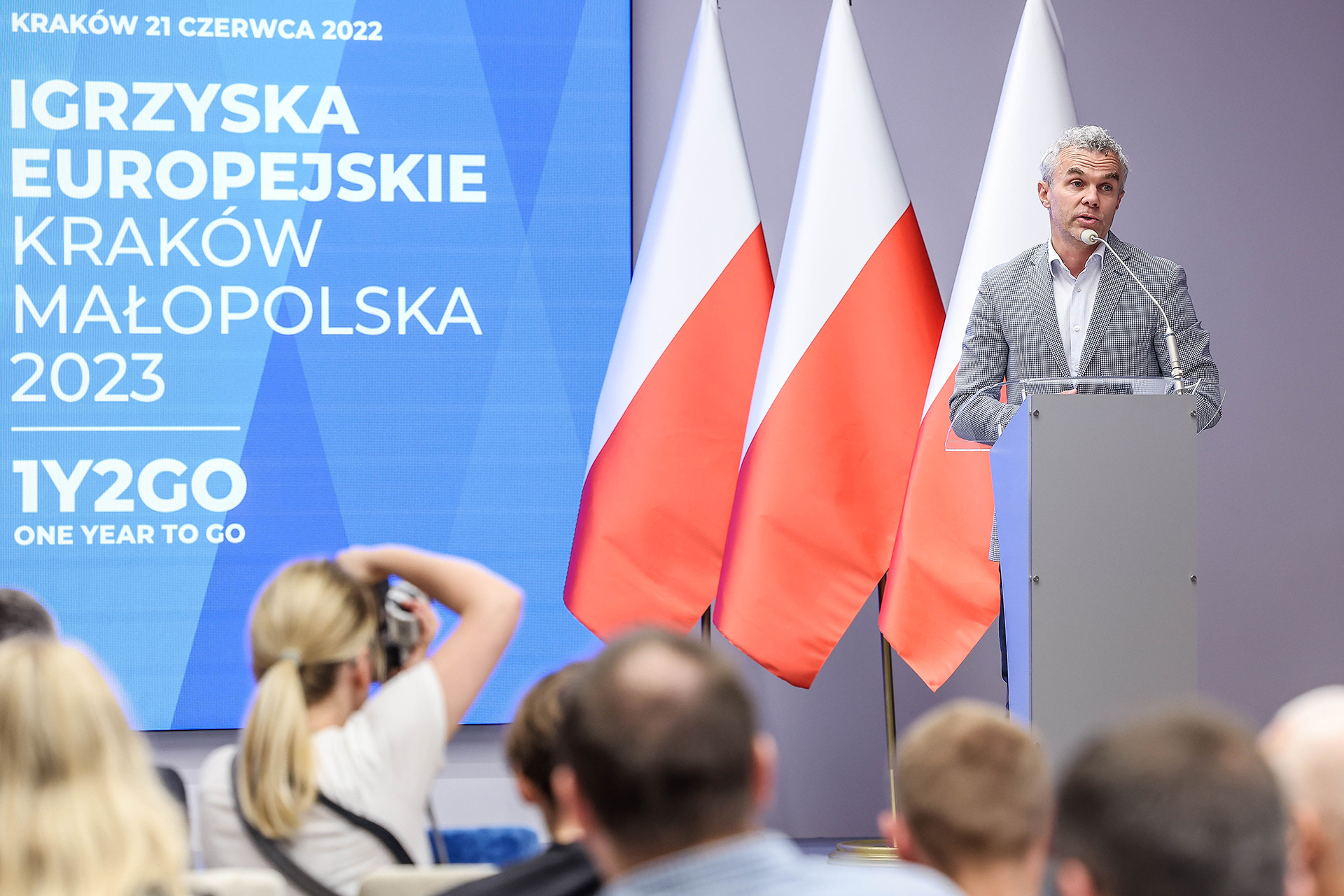 “We are very excited to be entering the final year of preparations for the third edition of the European Games,” Capralos said. “Despite the challenges that we have faced, I have complete confidence that this will set a new benchmark for Europe’s premier multisport event.

“The Games will showcase the integral role of sport in promoting peace and unity, whilst being an example to future host cities who can carry this legacy long into the future.”

There were considerable delays in the signing of the host city contract between Polish organizers and the EOC, the result of Krakow hosting the Games under their condition the city would not have to spend its own money on the event. City leaders requested the Polish government to grant expenses for the modernization of key sporting facilities as well as some investments in the city infrastructure, to facilitate local transportation.

The Host City and Region contract was finally signed on May 17 in Warsaw with the Polish government agreeing to cover the requested costs. In terms of organizational expenses, it was also agreed the government cover 50%, the city 25% and the Malopolska region 25%. 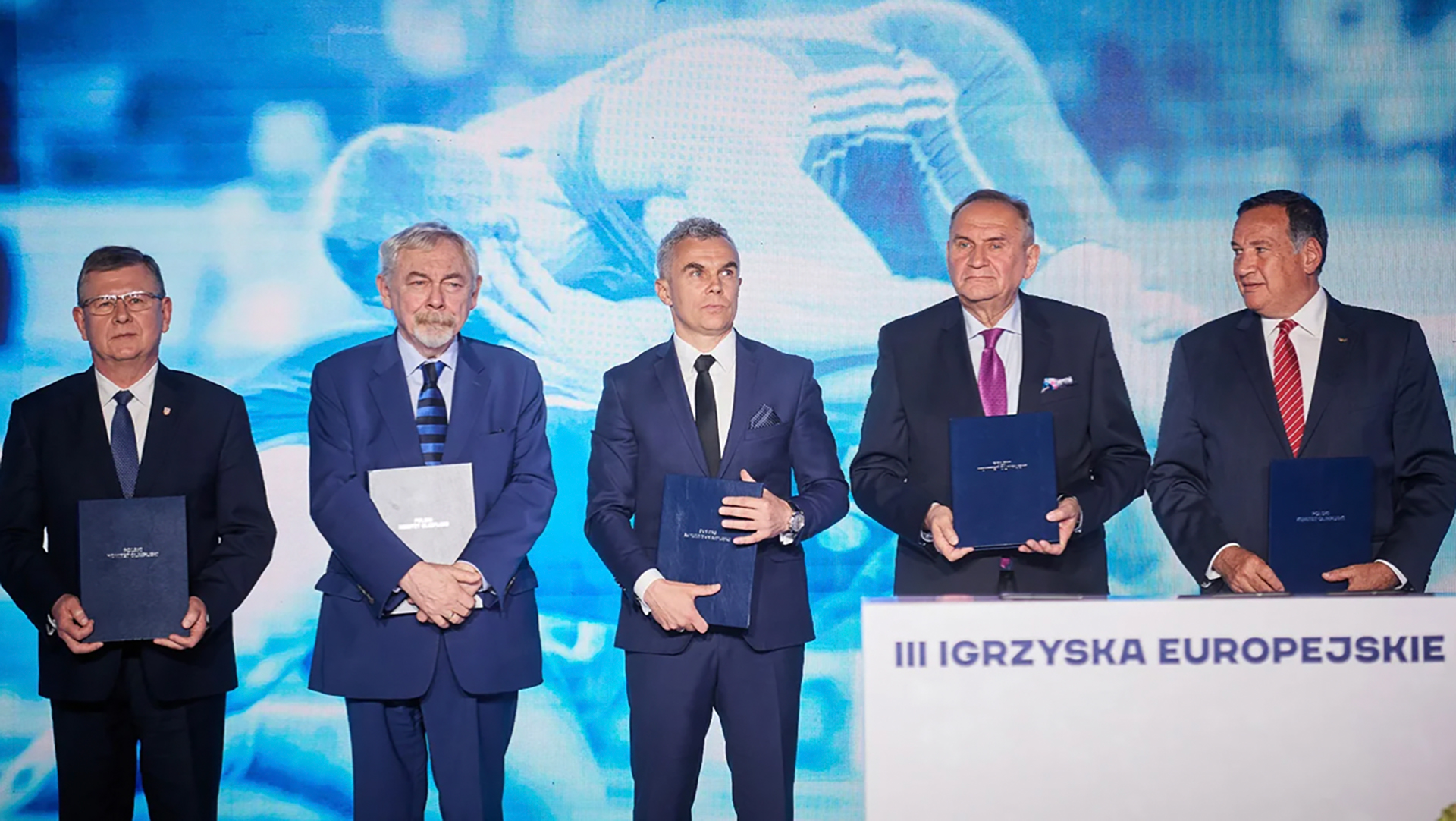 Events will not only take place in Kraków and the Małopolska region, but also the region of Śląsk and lower Śląsk. Athletics will be contested at Silesian Stadium, in Chorzow, located about 85 kilometers outside of Kraków, approximately 60km of which is served by the A4 highway.

The third edition of the European Games are the first to be held inside the European Union and will also mark the largest multi-sport event in Poland’s history. Previously, Poland hosted the 2017 World Games, at which some 3,500 athletes from 102 countries competed. Additionally, Zakopane has staged two editions of the Winter Universiade in 1993 and 2001. 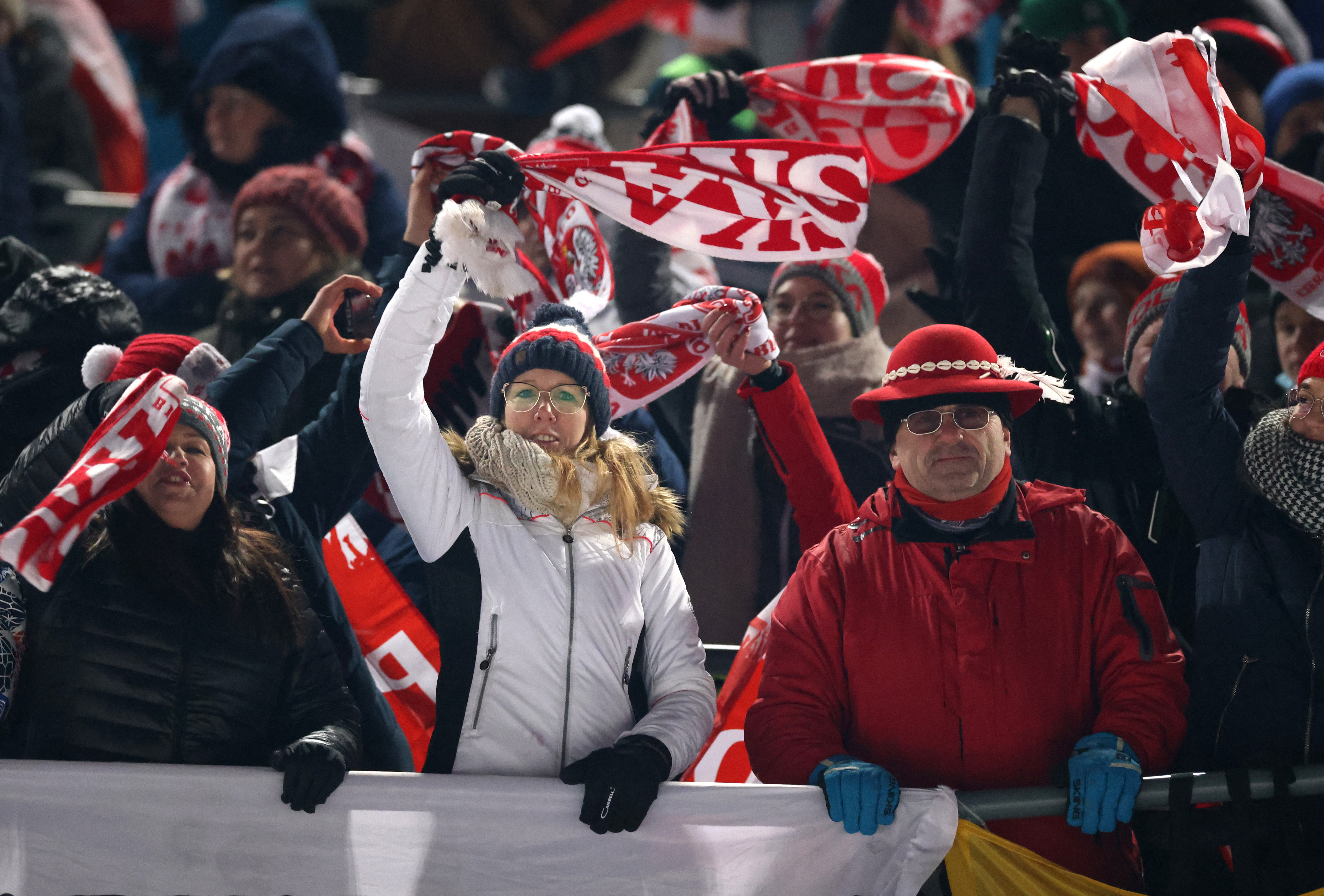 The Kraków-Małopolska 2023 European Games one year milestone also comes about one month after the EOC announced the composition of the Coordination Commission for the 2023 European Games, comprised of diverse and highly experienced leaders from across the Olympic Movement.

“We are making excellent progress with our partners in Poland, particularly after the major milestone of signing the Host City and Region Contract,” Arat informed.

“Poland has a long history of success in sport and I believe the European Games will help inspire the future generation of athletes to continue this legacy. There is still work to do but we are taking steps in the right direction every day.”