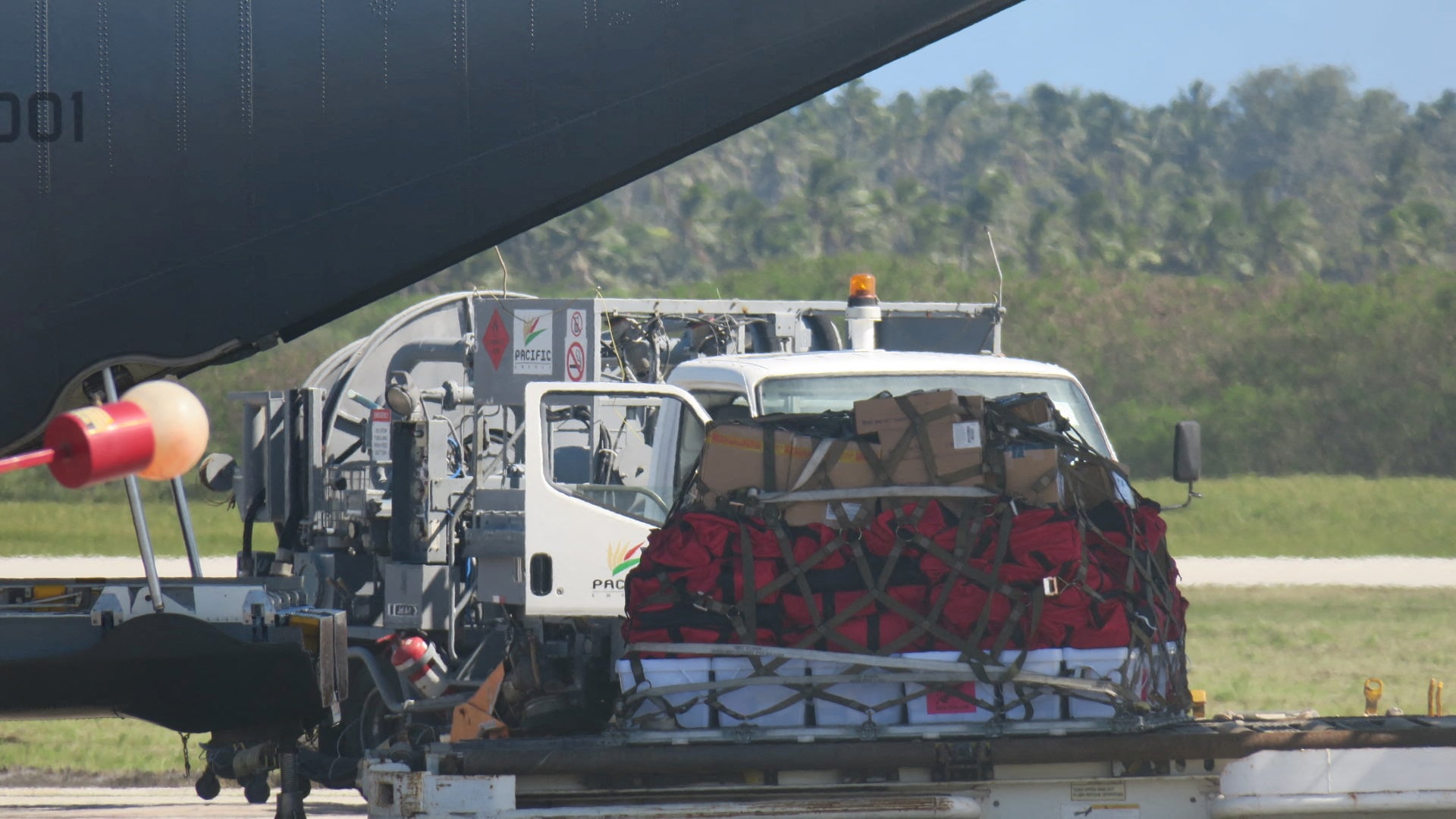 Humanitarian relief supplies sent by New Zealand are seen next to an aircraft at Fua?amotu International Airport on the island of Tongatapu, Tonga, January 20, 2022 in this picture obtained from social media. New Zealand High Commission, Nuku'alofa Tonga/via REUTERS THIS IMAGE HAS BEEN SUPPLIED BY A THIRD PARTY MANDATORY CREDIT. NO RESALES. NO ARCHIVES.

Tongan Olympian Pita Taufatofua has set up a GoFundMe page to help jumpstart relief efforts for those affected by the recent tsunami in his home country. Donations are already in the hundreds of thousands toward his goal of one million dollars.

“As you all know a large tsunami caused by a volcanic eruption has devastated Tonga. The eruption occurred in Haapai and spread through to all islands. Initial reports of damage have been catastrophic…In preparation and through the recovery efforts we are seeking your donations to help our island kingdom,” stated Taufatofua.

NASA scientists estimate the volcanic eruption, measured at 10 megatons, was more powerful than a nuclear bomb. The ensuing tsunami spread across Southeast Asia engulfing Tonga and many other of the 169 islands that make up the 800-kilometer long north/south chain.

The volcanic blast was heard as far away as Alaska in the United States and also affected the California coast as surfers were swept out in larger waves off the beaches in Monterey. 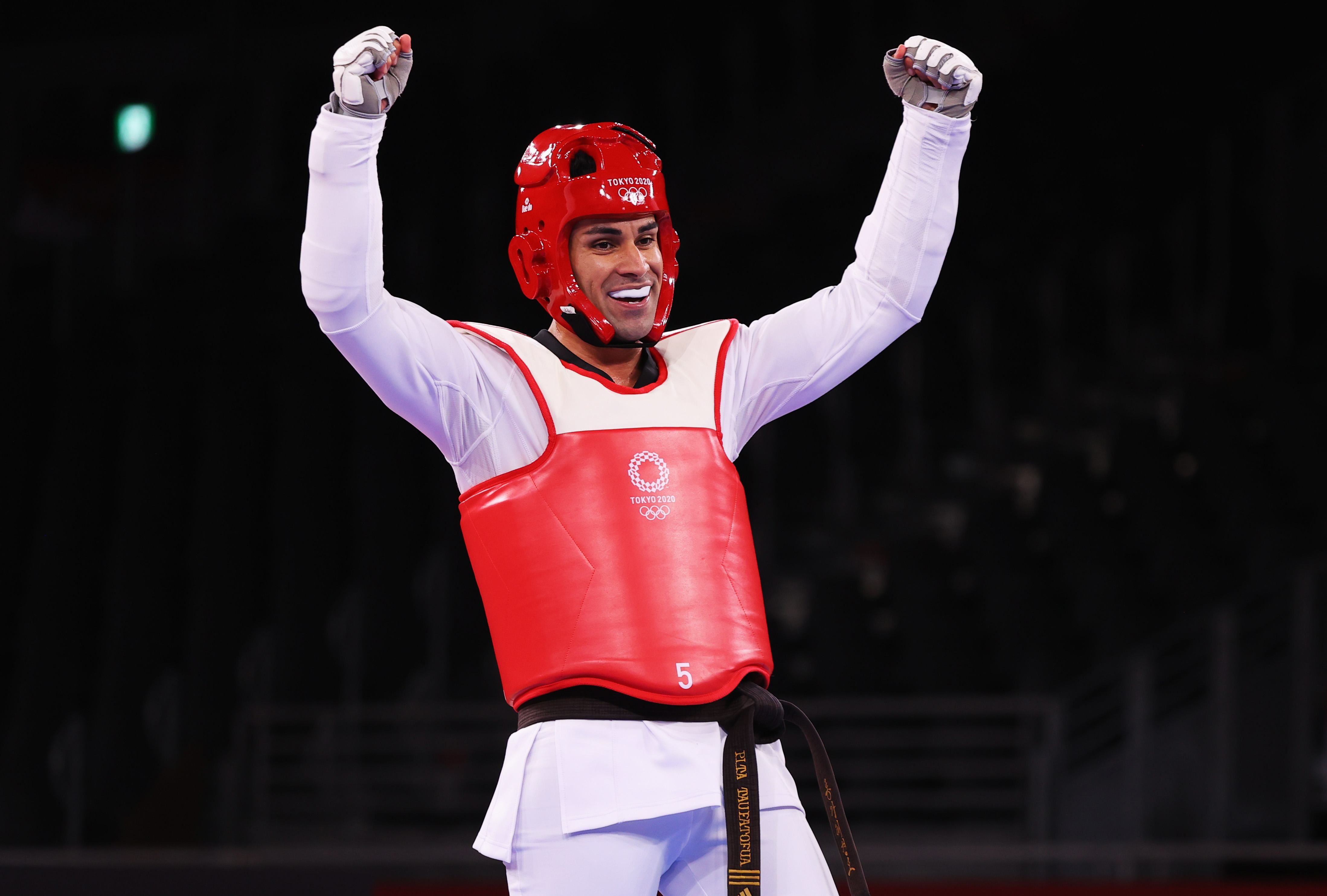 An athlete in taekwondo and cross-country skiing, Taufatofua is famous for leading his delegation into the last three Olympic Games. Tonga’s debut appearance went viral as Taufatofua donned the traditional grass skirt along with his muscular, oiled up physique at the 2016 Games in Rio. He repeated his appearance with an encore at the 2018 Winter Olympics in PyeongChang and the 2020 Summer Games in Tokyo. 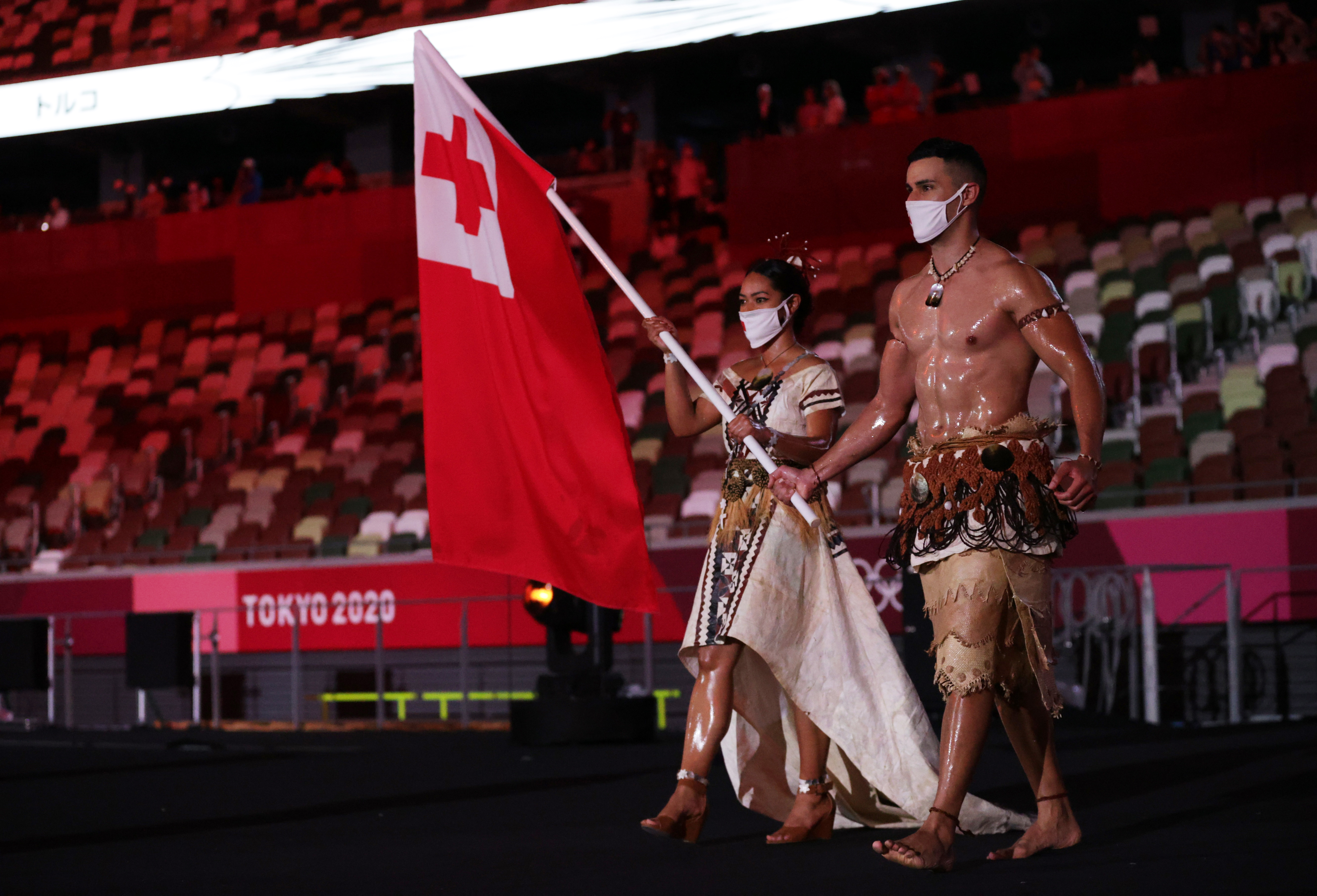 “I am currently in training camp in Australia but am mobilizing all the assistance I can to send to our beloved Tonga. In the coming days, (and) weeks we will need your help. Initial priority for the funds will go towards those most in need, infrastructure and damage to schools, hospitals etc.,” he said.

Relief efforts are off to a rocky start as communications have been largely cut off from the outside world as undersea fiber optic cables appear to have been severed. The airport in the capital city of Nuku’alofa is reopening after being covered in volcanic ash preventing rescue planes from using the runways.

Taufatofua has yet to hear from his father, the Governor of Haapai, who was on the main island of Tongatapu at the time of the eruption.

”We haven’t heard from him but are preparing for assistance for the country. Haapai is a series of low laying islands most of which have no elevation. My current knowledge is that my father was trying to fly back to Haapai from Tongatapu straight after the opening of parliament. After getting to the airport his flight was canceled due to the volcanic eruption. Last we heard he was securing our home in Veitongo right on the waters edge,” he wrote on Instagram.

Taufatofua will be updating the ongoing fundraiser via his social media and GoFundMe page.

“Your assistance and support in this time of need is greatly appreciated. Ofa atu [love to] all and Ofa atu Tonga.”