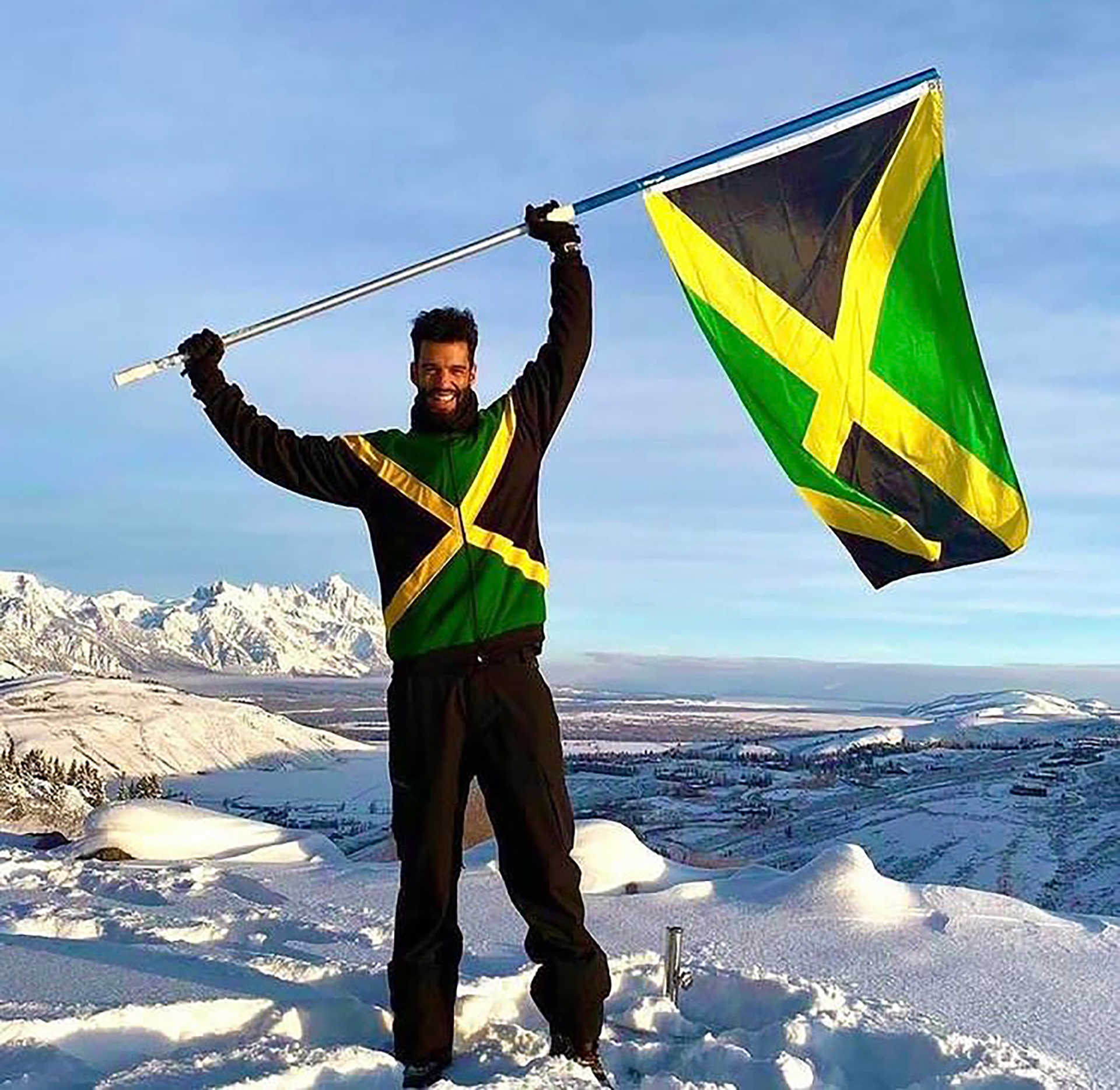 Benjamin Alexander will follow in the footsteps of the Jamaican bobsled team.

Alexander, 38, achieved the minimum qualification standard to compete in the Olympic giant slalom with a pair of seventh place results at the Cape Verde national ski championships in Malbun, Liechtenstein, on January 13th.

The former DJ and engineering graduate has been strategizing and plotting his course over the past few winters, globetrotting to International Ski Federation (FIS) races across Europe and North America, to make his dream become a reality.

Alexander will be the first Jamaican alpine skier to represent the Caribbean nation at the Winter Games when he enters the start gate for the Olympic giant slalom at the Beijing Games on February 13th.

“The Chef de Mission from the Jamaican Olympic Association has reached out to me to congratulate me which was a really nice moment,” Alexander says, referring to his accomplishment. “The JOA have been sending me all of the paperwork and necessary documents.”

“Congratulations Benjamin Alexander on making history by becoming the first Jamaican skier to qualify for the Winter Olympics after finishing seventh in the giant slalom at the Cape Verde National Ski Championships,” Holness wrote on social media.

“We are proud of you! Continue to make Jamaica proud on the world stage,” the prime minister added. 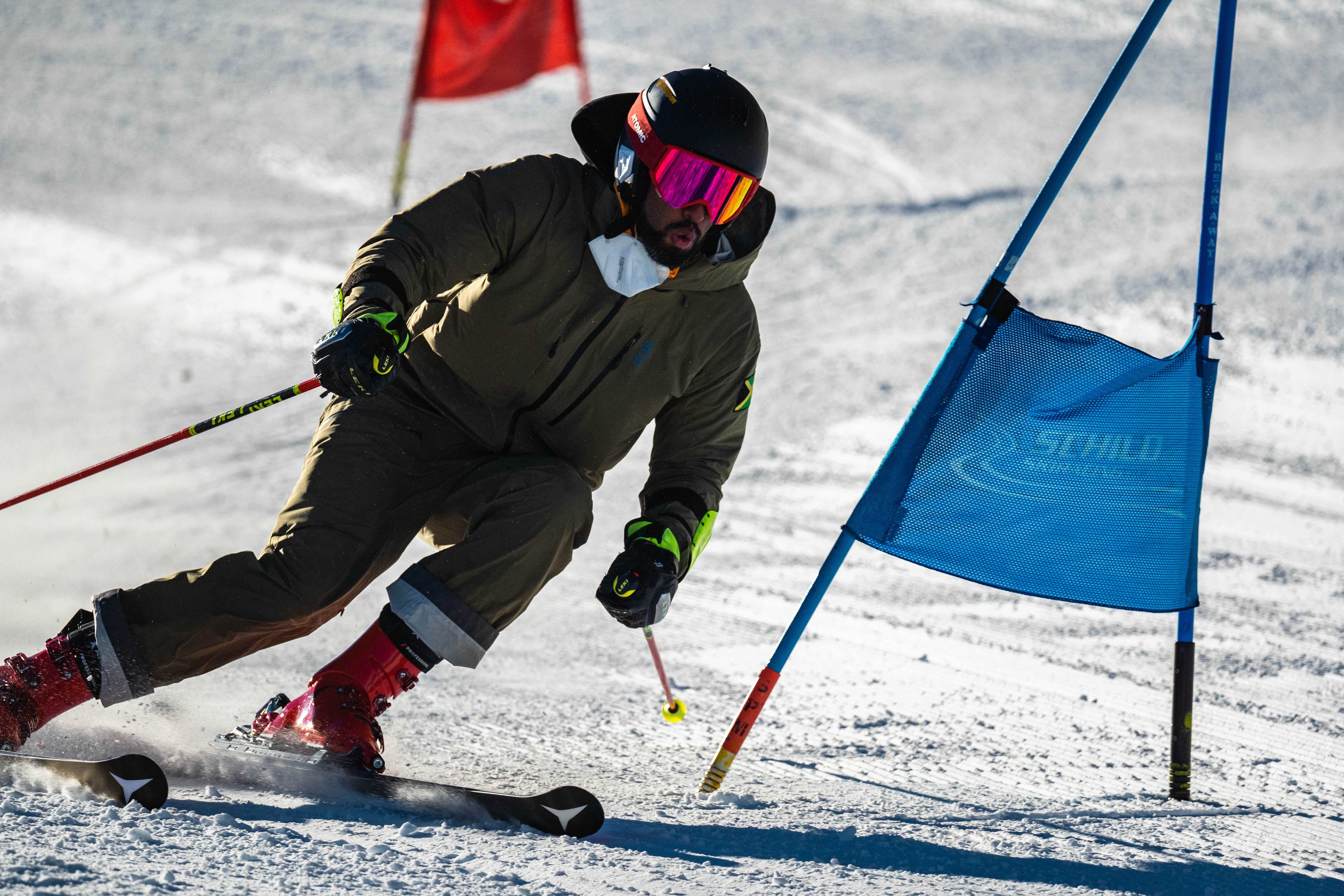 Alexander perfects his skills on the race course (Alexander)

Alexander only began skiing about five years ago following a trip to Whistler, Canada, back when he was spinning records as a DJ. The resident of Northamptonshire, England, was inspired to pursue an unlikely Olympic dream, despite being in his mid-30′s, following a trip to the PyeongChang 2018 Games as a spectator.

Despite being hindered by travel restrictions and cancelled races due to the pandemic, in addition to warm weather across parts of Europe also impeding races, Alexander persevered and achieved the mark, his quest coming right down to the wire.

“I really underestimated how much work this was going to be,” Alexander said. “I was really good at skiing fast, because I was fearless, but I think I have more fear in me now then when I started this.

“I felt incredibly confident most of the way through, but there were lots of moments when I felt it wasn’t going to happen.”

Alexander plans to take a short break to ski recreationally before taking the next measures to travel to China for the opening ceremony on February 4th.

“I’m looking forward to have some leisure skiing with my friends over the coming days, but I also have so much work making sure that everything is aligned for Beijing, getting into the country and all of the COVID protocol,” he said. “I plan to keep skiing and having fun with this, but also still handling all of the media stuff.” 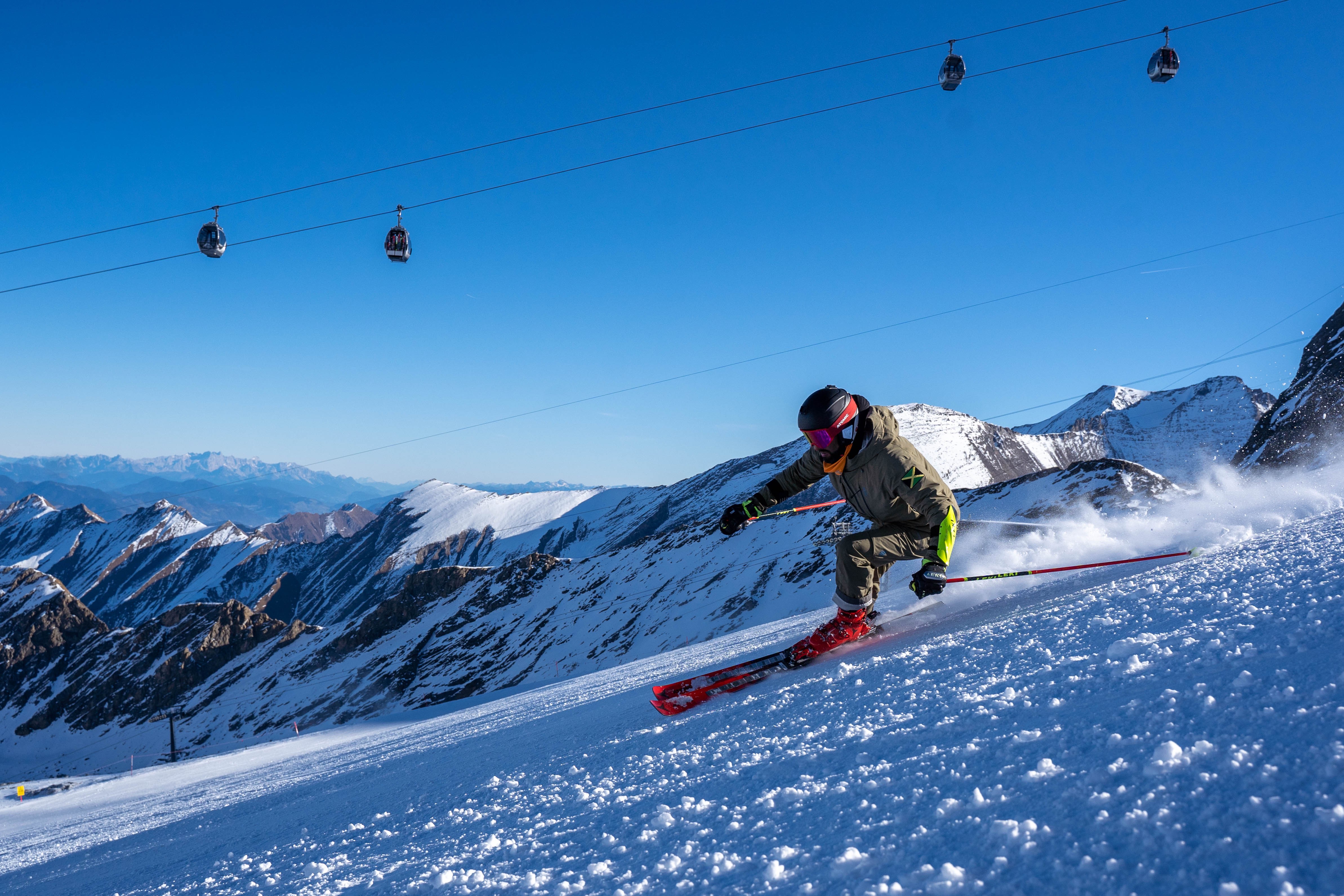 Alexander may be joined at the Beijing opening ceremony by fellow Jamaican athletes – male and female bobsledders – who are striving to confirm their own qualifications. His unprecedented Olympic trip in alpine skiing comes 34 years after Dudley Stokes and the Jamaican bobsled team captured the hearts of the world, despite crashing in their third of four runs, at the Calgary 1988 Olympics.

Alexander notes that he has been inspired by Stokes and the 1993 Disney film ‘Cool Runnings’ which chronicled the Jamaicans improbable Olympic achievement of more than three decades ago.

“Had it not been for that team and that movie, then I can say guaranteed that I would not be here right now,” Alexander says. “If it wasn’t for the consistent jokes and sideways remarks about the bobsled team and ‘Cool Runnings’, I might not have even considered this idea. It was just how outlandish what those guys did and how it was beautifully captured in the movie.”

“I think the larger message is one of you can do it – outlandish things can be done with the appropriate planning, determination and dedication,” Alexander says.

“Going to one of the world’s most unhealthiest professions as a DJ to a ski racer competing on the highest level, in such a short period of time is absolute insanity, and it only happened because of the hard work, dedication, belief and really the planning.”