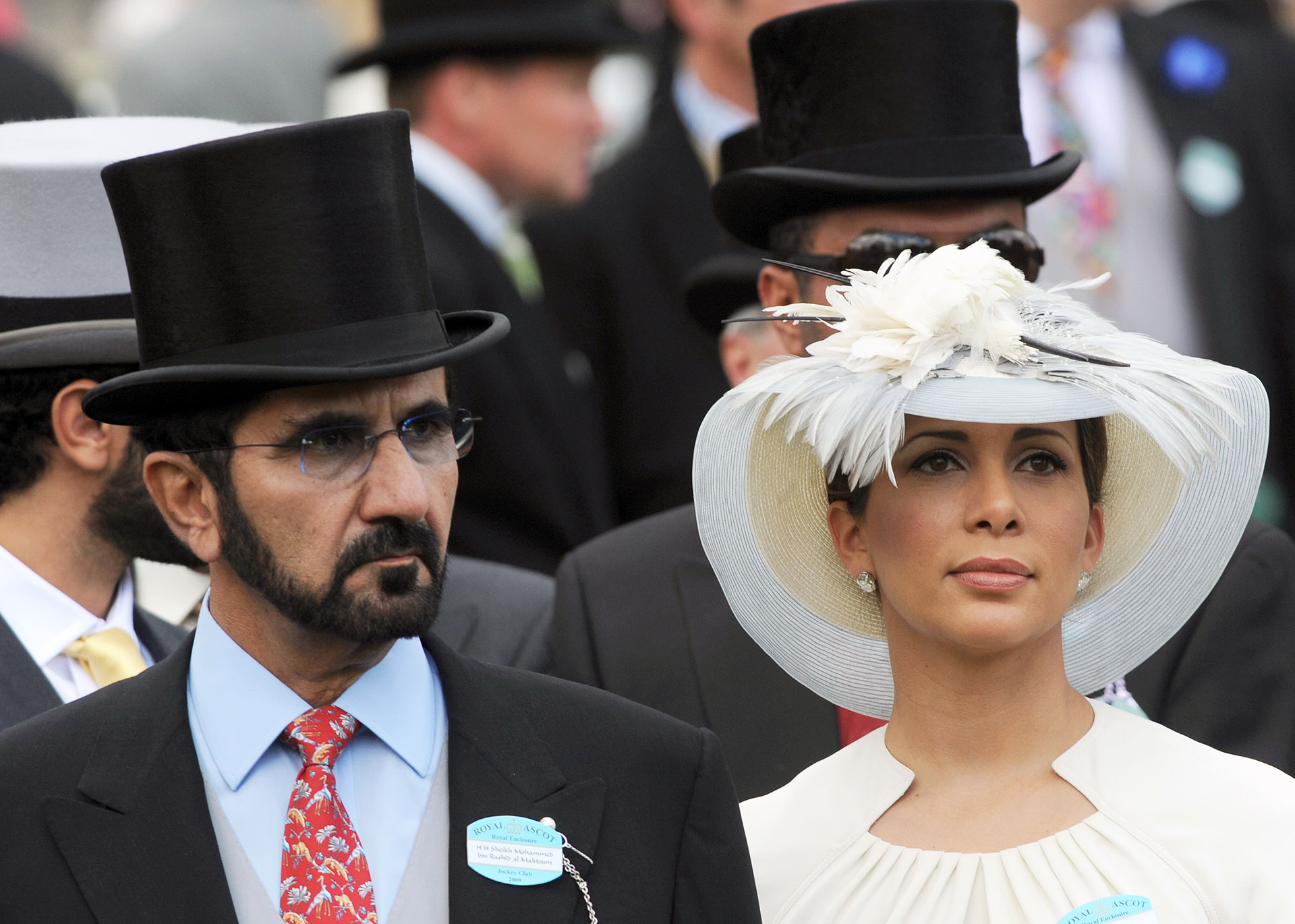 The terms of the $734 million settlement were disclosed Tuesday when a ban on public disclosure of testimony from the court was lifted. It is reported to be the largest-ever settlement in the U.K.

Haya, 47, was the second wife of billionaire Sheikh Mohammed bin Rashid Al Maktoum, 72, ruler of the Emirate of Dubai in the United Arab Emirates. Born to nobility in Jordan, her brothers include King Hussein II and Prince Feisal, an IOC member and president of the Jordanian Olympic Committee.

Princess Haya was an equestrian for Jordan at the 2000 Olympics in Sydney. In 2006 she was elected to the first of two terms as FEI president. In that role she was elected to the IOC in 2007. When her brother joined the IOC in 2010, the two became the first siblings to simultaneously hold seats on the IOC. She stepped down from the FEI in 2014, leaving the IOC at the same time.

The drama over the marriage began soon after leaving her positions in international sport.

It was revealed in court that Sheikh Mohammed eavesdropped on her phones with surveillance equipment only available to governments. The Sheikh initiated divorce proceedings in Dubai in 2019 when he learned Haya was having an affair with a U.K. citizen. Haya was subject to blackmail by her own security detail over the affair.

Haya fled Dubai for London in 2019, seeking safety for herself and her two children. She expressed concerns that her estranged husband had the means to seize her and the children. The Sheikh has been implicated in the abduction of one of his daughters from another wife.

As a member of the Jordanian royal family she has diplomatic status now as an envoy for the Hashemite Kingdom.

The court noted the lifestyle enjoyed by the couple as “truly opulent” with an “unprecedented standard of living enjoyed by these parties”. According to testimony the royal family spent $2 million alone on strawberries one summer.

Haya had originally sought $2 billion from the Sheikh. She had been receiving about $110 million a year for maintenance.

The decree provides $7 million a year for travel expenses for her children. But the court rejected a request to purchase three automobiles for Zayed, the nine-year-old son who already owns one car.

“I do consider it an artificial edifice to talk of children of the ages of these children owning motor vehicles,” quipped the judge who observed the automobile Zayed already owns has been returned to him.

But $600,000 has been awarded for the purchase and upkeep of animals for the two children.

Denied her stable of racehorses in Dubai and elsewhere, the princess will receive $6.6 million to acquire new thoroughbreds. The Sheikh and Princess Haya were regulars at Ascot and U.S. race events such as the Kentucky Derby.

Haya also leaves behind in Dubai a collection of haute couture said to be worth $100 million as well as a walk-in vault of jewelry.

The judge saluted the intentions of Princess Haya to give her children “a normal life”. But he said it was a challenge to reach “a conclusion as to what is reasonable while remembering that the exceptional wealth and remarkable standard of living enjoyed by these children during the marriage takes this case entirely out of the ordinary.”