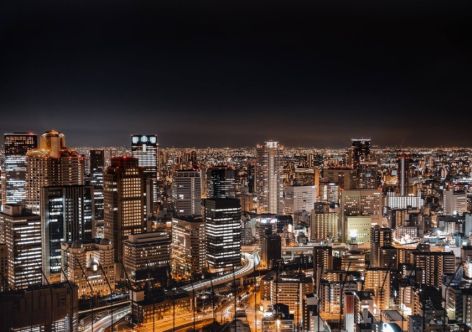 (ATR) The World Masters Games that were to be held in the Kansai region of Japan in May 2021 have been postponed due to the coronavirus pandemic.

"A possible new date would be analyzed on November 4," a source close to that competition tellsAround the Rings.

That day a general assembly of the International Masters Games Association (IMGA) will be held virtually.

In a statement on the official site of the event, the Japanese organizers announced that they will provide the explanations for the decision during the virtual meeting of the IMGA next week.

The organizers said that since the announcement of the postponement of the Tokyo 2020 Olympic and Paralympic Games, they continued to explore the possibility of holding the 2021 World Masters Games "with the assumption that the situation of the new coronavirus would be under control."

Despite these circumstances of severe infection and always with the guidance of experts, the organizers considered that the competition could be held if two conditions were met: comprehensive measures against Covid-19 and the facilitation of immigration regulations.

"At this time, it is not possible to determine if we can establish a system that we can operate with confidence.

"Also, even if the system has been established, there is a possibility that we will have to impose severe restrictions on the participants, and that will create a conflict with the philosophy of the World Masters Games," said the official note.

The organizers specify that this "philosophy" is based on the contact with veteran athletes from around the world through sport, on the interaction between the participants and local residents, and on the enjoyment of tourism by the participants with family and friends.

The organizers said they conducted "very careful discussions" with the co-organizing host municipalities, national federations, sponsors and the IMGA, and at a meeting of the Executive Board of the Organizing Committee on October 28 decided to postpone the Games until they found "the more practical moment" to hold them.

The Organizing Committee said that more than 14,000 competitors aged 30 and over had already registered for this edition of the Games, the first to be based in Asia.

"We will make a decision on the necessary issues as quickly as possible to respond with full consideration to the participants," said the organizers, who affirmed their willingness to solve "various challenges" in cooperation with the host municipalities, national federations and sponsors.

The 10th World Masters Games, to be held in 10 western Japan prefectures such as Osaka and Kyoto, expected to attract more than 20,000 athletes from around the world to compete in 59 events across 35 sports. The organizing committee was also expecting about 60,000 volunteers.

Athletes compete in their personal capacity. "There are no representations of National Olympic Committees. And the only participation of the International Federations is to guarantee the technical requirements of the tournaments," the source told ATR.

The 11th edition will be in 2025 in Taiwan after being organized in cities in Canada, Italy, Australia, Denmark, and New Zealand.

The first Asia Pacific Masters Games are scheduled in South Korea in 2022.