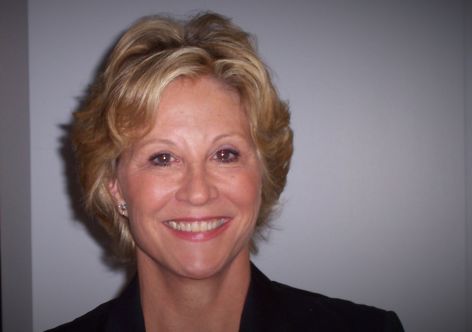 For Donna de Varona, winner of two swimming gold medals at the 1964 Tokyo Olympics, the most impactful moment of those Games was not her triumph in the pool. It was a gesture of kindness from a German rower during the opening ceremony that had the most enduring influence.

An American swim prodigy who competed in the 1960 Rome Olympics as a 13-year-old and first graced the cover of Sports Illustrated at 14, de Varona was among the thousands of athletes who marched into the Tokyo stadium on the afternoon of Oct. 10, 1964.

As the weather turned misty, the 17-year-old Californian was approached by a tall male athlete as she shivered in the moist and cool conditions.

"He was movie-star good looking and had this great voice,’’ de Varona said. "He’s like 6-foot-4 and I’m 5-foot-5. He just took off his raincoat and put it around me. He put his umbrella over me."

That athlete was Juergen Schroeder, who went on to win a silver medal in Tokyo as part of West Germany’s rowing eights team.

De Varona and Schroeder became friends after that impromptu meeting, riding bicycles around the Olympic Village together. It was a friendship that lasted and helped lay the foundations for de Varona’s lifelong involvement in the Olympic Movement, including her career as a trailblazing sportscaster, political and social activist and advocate for female athletes.

Schroeder, who helped Munich secure the 1972 Olympics, worked closely with de Varona at the landmark 1981 Olympic Congress in Baden-Baden as athletes – including Thomas Bach and Sebastian Coe – played a leading role in the debate and paved the way for the creation of the IOC Athletes’ Commission.

"What kept me going and fighting to stay in the movement was the connection with Juergen and then what took me forward at the Games and then Baden-Baden,’’ she said. "That started with Juergen – all because of that little gesture on the field of play."

As an athlete, de Varona set 18 world records or world bests as a teenager and was featured not only on the cover of Sports Illustrated but also Life and Post magazines. But it was her post-swimming career that has made the greatest impact.

De Varona began her sportscasting career as an on-air commentator with ABC just months after the Tokyo Games at the age of 17. She has covered 18 Summer and Winter Olympics for TV, radio or print.

She was also the founding and first president and chair of the Women’s Sports Foundation. She chaired the 1999 FIFA Women’s World Cup, served as a long-time member of the IOC Women and Sports Commission and has championed opportunities for women and young people.

"I never thought my entire life’s journey would be anchored by sport,’’ she said

De Varona is one of the high-profile athletes who won gold at those Tokyo Olympics, which were vital in Japan’s re-emergence after World War II. Among the ’64 champions were runners Billy Mills, Bob Hayes, Abebe Bikila and Peter Snell, swimmers Don Schollander and Dawn Fraser, gymnast Vera Caslavska, boxer Joe Frazier and the Japanese women’s volleyball team.

De Varona, now 73, had been looking forward to returning to Tokyo for the Games this summer before they were postponed by one year because of the coronavirus pandemic. She remains eager to go back next year to the place that shaped her life and career.

"Those Olympics sent me on an incredible journey,’’ she said. "Where would I be without the Games and the podium and the relationships I made?"

De Varona feels the Tokyo Games have been under-appreciated for their innovation in organization, technology and state-of-the-art venues.

"I think that Tokyo led the way for a more sophisticated Olympics,’’ she said.

De Varona was considered the Michael Phelps of her era when she went to the Tokyo Olympics as a highly celebrated teenage star. She and her U.S. teammates started by winning gold in the 4x100 freestyle relay in a world record time of 4:03.8. That victory eased some of the pressure heading into de Varona’s main event, the 400 individual medley.

Battling a fever, de Varona burst out to the lead from the start and proceeded to win the race by nearly six seconds, clocking an Olympic record 5:18.7 as U.S. swimmers swept the podium.

"All I remember is relief when I won the gold,’’ she said. "I was expected to win."

Cheering from the stands were de Varona’s parents, David and Martha. Her father had been a top rower at the University of California and likely would have competed in Tokyo in 1940 had those Games not been cancelled by war. He wound up serving as a paratrooper during World War II.

‘’Twenty-four years later there he was in former enemy territory as the house guest of a welcoming Japanese family," de Varona said.

Tokyo is also where de Varona met Bill Bradley, a star of the U.S. basketball team who became a two-time NBA champion with the New York Knicks and a three-term U.S. Senator from New Jersey. The two talked politics over dinner every night in the athletes’ dining hall and also became lasting friends.

"Who would know that years later he would be in the Senate when I needed his support on two major pieces of legislation -- the Amateur Sports Act and Title IX?’’ she said.

De Varona also made friends with Mills, who pulled off one of the biggest upsets in Olympic history when he won the 10,000 meters in Tokyo in an epic race. The two worked together in the 1960s on "Operation Champ,’’ a program to spread the positive message of sport in inner cities, and are still in touch today.

Two visits to Japan ahead of the 1964 Games also left their mark on de Varona.

During a goodwill tour by high school swimmers in 1961, she swam against boys in relay races in 25-meter pools in remote villages surrounded by rice paddies ("I didn’t lose any of those races," she said). She soaked up the culture, visited sacred shrines and stayed at the Imperial Palace Hotel, still scarred by bullet holes from the war.

Two years later, De Varona returned for a pre-Olympic invitational meet and was struck by the progress made in transforming the city and country, the renewal of national pride and the outpouring of hospitality and generosity from the Japanese.

All those experiences and all the athletes she met in Rome and Tokyo opened de Varona’s eyes to the world around her and drove her passion for social activism and change.

The current protests and unrest across the U.S. and other countries following the death of George Floyd in police custody in Minneapolis have refocused attention on police brutality and racial and social inequality. They have also raised the prospect of athletes seeking to make political protests at the Tokyo Games.

Rule 50 of the Olympic Charter states: "No kind of demonstration or political, religious or racial propaganda is permitted in any Olympic sites, venues or other areas."

The IOC issued guidelines in January which specified that the rule covered kneeling or raising a fist on the podium. Any athletes breaking the rule face disciplinary action on a case-by-case basis.

In the wake of the global demonstrations against racism, IOC President Bach said following an Executive Board meeting on June 10 that the IOC Athletes’ Commission would consult and "explore different ways for how Olympic athletes can express their support for the principles in the Olympic Charter in a dignified way."

While de Varona believes Olympic athletes should follow their conscience and speak out in interviews and on social media as well as devote time to progressive programs, she hopes athletes will ask themselves whether protesting on the medal podium would overshadow the moment for other athletes on the stand.

"If I’m on the podium and someone demonstrates for a cause, is that person not only hijacking my moment but, without my agreement, including me in his or her campaign?" she said.

"Athletes are not alone up there on the podium if they choose to protest,’’ she added. "If they protest, everyone could protest. You could have three different and perhaps adversarial protests taking place on the podium at the same time."

De Varona conducted clinics and mentored youth in the inner cities during the civil rights movement in the 1960s with Wilma Rudolph, Lacy O’Neil and others. She was working for ABC at the 1968 Olympics in Mexico City when American sprinters Tommie Smith and John Carlos made their iconic raised-fist salutes on the medal podium.

"During that time African-American athletes, much less any athlete, had no voice, no representation with any power structure within or outside of sport,’’ she said. "I supported Tommie Smith and John Carlos then. Their peaceful demonstration resonated globally.’’

In reflecting on the history of using the Olympics as a platform to demonstrate, de Varona has long wondered what might have motivated the terrorist attack that claimed the lives of 11 Israeli athletes and coaches at the 1972 Munich Olympics. The tragedy was followed by successive political boycotts of the 1976, 1980 and 1984 Olympics.

De Varona said the IOC and national Olympic committees must continue to communicate on Rule 50 with all athletes and member organizations in the Olympic movement.

She suggests the IOC should consider providing a location in the Olympic Village where athletes can convene to share and express the views. The Olympic Channel could provide coverage of the discussions and share it with other media, she said.

"Bottom line, there would be no Olympics without the athletes," de Varona said. "I have always felt that by competing in the Olympics athletes are ambassadors for inclusion, diversity, peace and understanding. With the tremendous pressures and burdens weighing on the movement, we must all come together to find solutions."

Returning to Japan for the Games next year will bring de Varona full circle. She’s in touch with old pals Schroeder and Mills about a Class of ‘64 reunion in Tokyo.

"That’s why I am so devoted to the Olympics,’’ de Varona said. "The personal connections and friendships that I made have meant so much to me over time. If you reach out in that environment, you never know what those relations can mean in your life. You never know where it will lead you."

Stephen Wilson is the former longtime Olympics correspondent and European Sports Editor for The Associated Press and former president of the Olympic Journalists Association. Contact him at stevewilson0@gmail.com