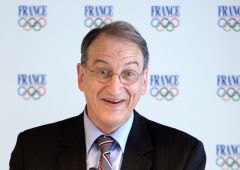 (ATR) There will be no bid from Paris for the 2020 Olympics after the French Olympic committee today ruled out entering the contest to land hosting rights to the Games.

The decision, widely expected after Annecy's embarrassing failure in the 2018 Winter Olympics race last week, came at a meeting of the board of directors of the French NOC in Paris.

A French NOC statement sent to ATR said its board, which included representatives from all French Olympic federations, discussed Annecy's 2018 candidacy and the prospects for future French Olympic bids.

But it concluded that there was too little time for the country to prepare a 2020 bid.

"It [the bid] must be worked sufficiently in advance and be conducted in tandem with the sports movement, the candidate city and the state," the statement said.

The NOC said it would define the requirements for a future Olympic bid by the end of the year. Lack of funding and a change of leadership six months from the IOC vote contributed to Annecy's demise.

The IOC deadline for NOC submissions for the 2020 Olympics is Sept. 1. So far only Rome has declared its intentions to bid, but Istanbul, Madrid and Tokyo are close to revealing their plans to enter the race.

Last week, French Olympic committee president Denis Masseglia dropped a heavy hint to Around the Rings that there would be no Paris or French bid for 2020 if Annecy failed in its 2018 quest. "It seems that it will be too difficult," he told ATR in Durban.

"The situation is not the same as for the bid for 2012. The needs of the IOC are not the same. It is more complicated, it is more difficult than seven years ago," he told ATR.

Masseglia admitted that assembling a 2020 bid candidacy would be too tough a challenge. "It is so hard that you cannot go directly two years before the vote of the IOC [at the Session in 2013]. It's very complicated to be at that [high] level."