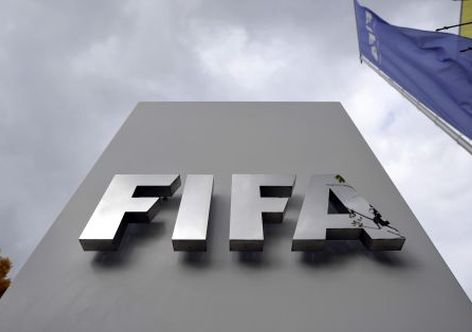 ZURICH, SWITZERLAND - OCTOBER 09: A FIFA logo next to the entrance at the FIFA headquarters on October 9, 2015 in Zurich, Switzerland. On Thursday, FIFA's Ethics Committee provisionally banned FIFA President Joseph S. Blatter from all football activities for the duration of 90 days. (Photo by Harold Cunningham/Getty Images)

(ATR) A new sports law in Kuwait opens the door for Kuwaiti footballers to compete internationally once more.

Kuwait's Parliament adopted a new Sports Law of Kuwait that replaces its previous laws and is amended to reflect the obligations presented by the International Football Federation’s (FIFA) Statutes.

The Bureau of the FIFA Council lifted the suspension of the Kuwait Football Association on Dec. 6 as a result. FIFA President Gianni Infantino is currently in Kuwait to ensure the new law is in place.

Kuwaiti athletes did not compete in FIFA’s 2018 World Cup qualifiers due to the ban and could only compete at the Rio 2016 Olympics as an independent team.

The FIFA ban has been lifted in time for Kuwaiti footballers to compete in this month’s Gulf Cup of Nations which will be held in Qatar. Kuwait was supposed to host the tournament but the FIFA suspension forced the event to be moved.

Kuwait still suspended by the IOC, but FIFA’s decision could pave the way for a similar reversal by the Olympics governing body before the 2018 Winter Olympics.