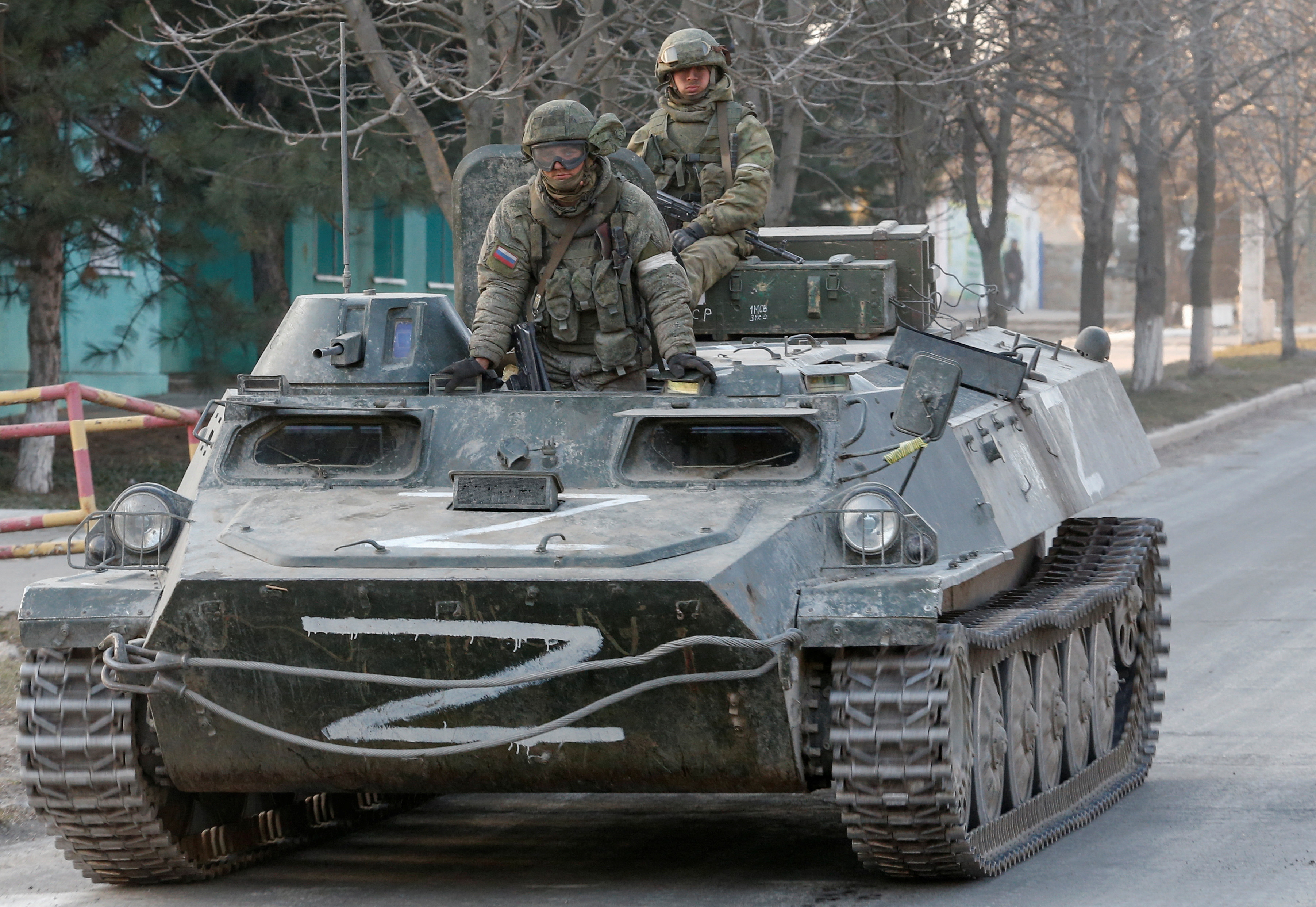 Service members of pro-Russian troops are seen atop of an armoured vehicle with the symbols "Z" painted on its sides in the course of Ukraine-Russia conflict in Dokuchaievsk in the Donetsk region, Ukraine March 25, 2022. REUTERS/Alexander Ermochenko

The General Staff of the Armed Forces of Ukraine on Friday assured that Russian troops continue to regroup with the aim of “resuming offensive operations” to reach the administrative borders of the Donetsk and Lugansk regions.

In a statement on their official Facebook profile, they have detailed that the Ukrainian Armed Forces seek to “consolidate and retain the previously occupied borders” in the Slobozhansky area, near the city of Sumy. In addition, they have indicated that Russian troops are trying to “block their units” around Kharkiv.

In the vicinity of this city, the Armed Forces of Ukraine have assured that “the enemy” restricts the movement of civilians “by establishing a network of checkpoints”, according to the evening report.

“They continue to try to suppress the resistance of the inhabitants of Kherson, Genichesk or Melitopol, where about 90 percent of the population is against the Russian invaders, (who count on) the participation of Rosguard units,” they added. 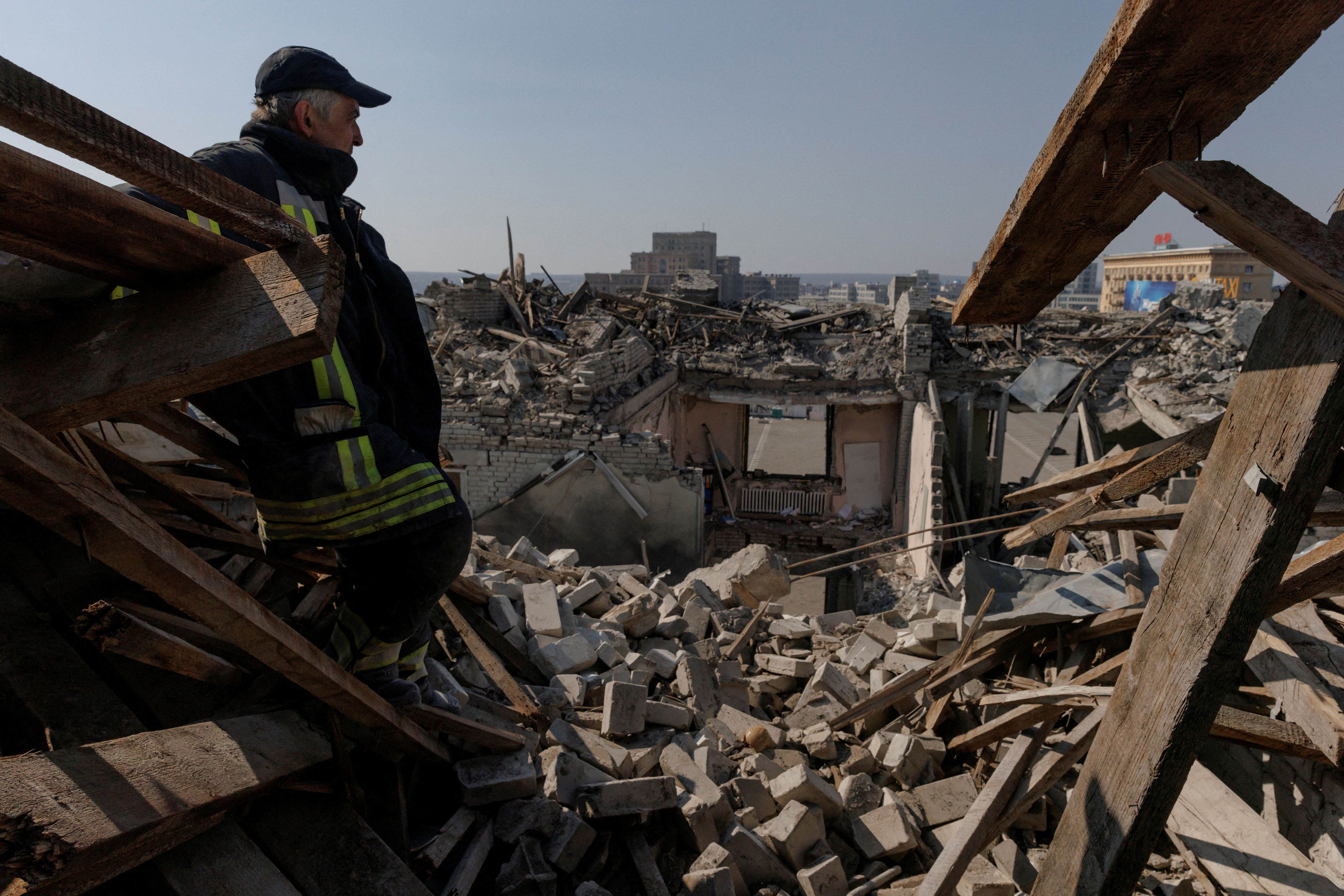 In the direction of the South Bug River, in the vicinity of Vinnitsia, it is taking steps to restore combat readiness, replenish supplies, in order to prepare for the resumption of offensive operations,” they said.

A Russian brigade commander was deliberately killed by his own troops after his unit suffered heavy losses in Ukraine.

Colonel Yuri Medvechek, commander of the 37th Motorized Rifle Brigade, was run over by his soldiers, said a Western official quoted by Sky News journalist Deborah Haynes. “This gives an idea of the moral problems that Russian forces have,” the official said, according to the British journalist.

This is the seventh death of a Russian military hierarch in the invasion of Ukraine, explained BBC journalist Paul Adams.

The original denunciation of the rebellion against this colonel was made on Wednesday on Facebook by Ukrainian journalist Roman Tsymbaliuk, who said it came after the unit, which had been fighting in Makariv, west of Kiev, had lost “about 50% of its staff.” “After choosing an opportune moment, during the fight, he ran over the commander next to him, injuring him in both legs,” the reporter wrote.

(With information from Europa Press)

The first images of the Mariupol theater inside after the Russian attack that left at least 300 civilians dead
Putin compared Russia to JK Rowling and said that the West is canceling his country as it did with the Harry Potter writer
Attacks on civilians in Ukraine: Russian “precision” missiles estimated to have a 60% failure rate
The Russian oligarchs have already chosen their favorite refuge to avoid sanctions and take their fortune out of the country