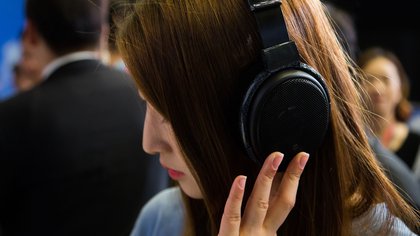 An attendee uses headphones during a launch event for the LG Electronics Inc. V20 smartphone in Seoul, South Korea, on Wednesday, Sept. 7, 2016. The V20 will go on sale in South Korea starting this month, with other regions to follow, according to the company. Photographer: SeongJoon Cho

(Bloomberg) -- The U.S. Justice Department will leave in place decades-old agreements that determine how songwriters are paid by radio stations, restaurants and streaming services after an antitrust review.

Makan Delrahim, the Justice Department’s antitrust chief, said in an interview that the department will not go to court to end or change the agreements. He is expected to announce the decision at a speech Friday.

“We’re not going to file to terminate those decrees or amend them,” he said.

The consent decrees date back to 1941 and govern payments collected by go-between groups, ASCAP and BMI, that are later routed to songwriters or their publishers. Songwriters are paid what’s known as a public-performance royalty when their tracks are played on the radio and in public venues like a restaurant.

Public-performance royalties have spiked in recent years because ASCAP and BMI have also started collecting money on behalf of songwriters from streaming services, such as Spotify Technology SA and Pandora Media.

U.S. to Review 1940s-Era Music Rules, With Billions at Stake

Without the consent decrees, songwriters could potentially negotiate higher rates with radio stations and other parties. But it also could throw the industry into chaos.