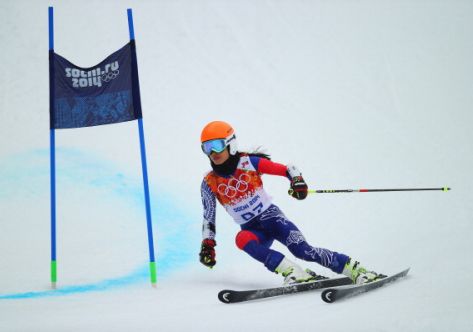 In a statement announcing the decision, FIS said would cancel the results of the giant slalom races January 17-19 in Krvavec, Slovenia. Those were the races where Mae qualified for the Games in giant slalom. The January giant slalom events were determined to be "manipulated" including forged times and having skiers start races halfway down the course.

"As a consequence of its decision to cancel the Krvavec giant slalom races, the FIS Council took note that Vanessa Vanakorn (THA) who competed in the Sochi 2014 Olympic Winter Games therefore did not qualify and should not have been participating in the Sochi 2014 Games," FIS said, using Mae’s Thai name.

Mae, 36, was internationally known as a renowned classical violinist before becoming a first-time Olympian in Sochi.

IOC president Thomas Bach was quoted by Germany’s DPA saying the four-year ban prohibits Mae from skiing in PyeongChang as well. He called her situation "a shocking picture."

Among other decisions taken by the council is the use of "air bag systems."

FIS said that starting Jan. 1, 2015, all FIS competitions will have the airbags in place.

The federation hopes the airbags will prevent injuries following spectacular crashes. Skiers wear the airbags around their neck areas of back protectors.

Experts with FIS freestyle skiing and snowboarding made their fifth visit to the 2018 host city.

Uwe Beier, Roberto Moresi, Joe Fitzgerald and Martin Fiala from FIS were joined by POCOG sport manager Yeon Chae and venuedesigner Ecosign with Dave Felius. The visit took place Nov. 10-12 according to a FIS statement posted to its website on Tuesday.

Designs for the freestyle and snowboard venue are expected to be completed by the end of November, FIS said, with construction complete in Autumn of 2015.

"The design will be similar to the layout in Sochi with a series of combined finish areas between the six different courses," FIS snowboard race director Uwe Beier said. "This time we do not have any overlapping finish areas, so the 20 competitions can be better scheduled."

FIS assistant snowboard race director Roberto Moresi added, "We have set the courses similar to Sochi, but we have taken those experiences and tried to enhance the terrain. It was good to see snowmaking running this early in the season and this gives us confidence in our process."