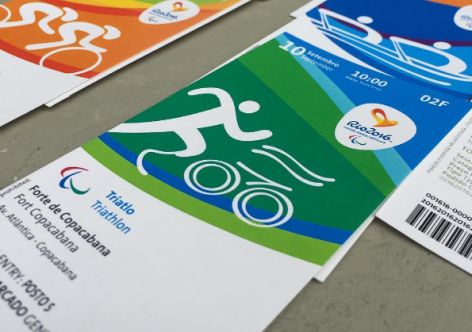 Today is the eighth anniversary of the election in Copenhagen of Rio de Janeiro as host city for the 2016 Olympics. Rio secured the Olympics with a 66-31 vote over Madrid, Spain at the 2009 session. Now, a Brazilian-French inquiry is investigating a payment from Soares to Papa Diack, the son of influential IOC member Lamine Diack, ahead of the election.

Reports of the meeting come from O Globo, which reported sealed testimony from the Federal Public Ministry. The meeting took place weeks before the suspected payment in Paris, during a celebration for former Rio de Janeiro Governor Sergio Cabral. Cabral was recently sentenced to 45 years in prison for corruption of construction contracts, some of which were for the 2014 World Cup and 2016 Olympics.

A Rio 2016 spokesperson told Around the Rings it could not comment on the article since it was about events before the Rio 2016 Organizing Committee was formed.

"Beyond that, the case is under investigation so we should not interfere," the spokesperson added.

The report said that Gryner’s testimony centered on how the meeting was arranged through Cabral, who knew Soares. In the meeting Soares discussed "possible…sponsorship of Diack's [athletics] events in Brazil," which never materialized. At the time Lamine Diack was president of the International Association of Athletics Federations. His son served as an IAAF consultant.

The testimony comes from the ongoing "Operation Unfair Play" launched by the Brazilian and French investigators. As part of the operation police searched Nuzman’s home confiscating evidence, multiple passports, and $150,000 in five denominations of cash. Nuzman has not been charged, but testified to Brazilian police about the raid. An international arrest warrant has been issued for Soares although his whereabouts are reportedly unknown. Soares has most recently lived full time in Miami, in the United States.

The Paris meeting was one of the last of an extensive international schedule in the run up to the 2009 IOC Session,O Globo reported. The pair visited numerous African countries targeting IOC members, in addition to traveling to Hungary, Pakistan, and Syria. All three countries have IOC members. Both visited Berlin for the 2009 IAAF World Championships.

In addition to meeting with Soares, another meeting in Paris is being investigated by Brazilian and French organizers, according to O Globo. On Sept. 14, 2009 Cabral was bestowed by the French government with the Legion of Honor medal. A party was held in Cabral’s honor, which was attended by Nuzman and deceased IOC member Joao Havelange.

Nuzman’s attendance at the party was not originally known, before investigators found a photo of the trio in the same box that Cabral kept the medal. Other photos at the party show a number of wealthy Rio de Janeiro businessmen dancing with "napkins on their heads". All of the businessman featured in the photos are currently in jail on corruption charges reported O Globo.

Fabiana Schneider, an attorney on the taskforce for the case, says the meeting may have been an "anticipatory celebration of the victory of Rio".

"It's possible that some Olympic actor that we have not seen yet appears in this event," Schneider said. "We have already shown that this event is important within the chronology."