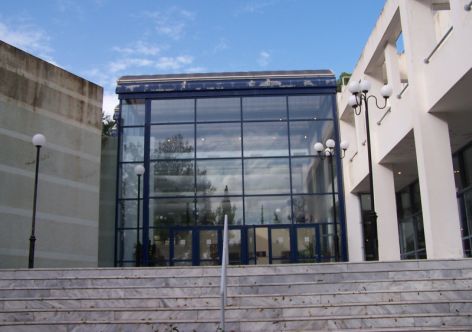 (ATR) The International Olympic Academy in Ancient Olympia will be renovated by June 2021, when Athens hosts the IOC Session.

The Hellenic Olympic Committee approved a tripartite agreement between the HOC, the Academy and the IOC designed to make the IOA a global center of Olympic education.

The IOC is footing the entire bill for the renovation, which will cost $12.5 million.

"It is fortunate that in such difficult economic times, the International Olympic Committee will renovate these old and outdated Olympic facilities," said HOC President and IOC member Spyros Capralos.

"I hope that by June 2021, when the renovation is complete, the International Olympic Academy will take off and make Olympia the center of true Olympics."

The President of the International Olympic Academy, Isidoros Kouvelos, added "we are entering a new era where the Academy is not only upgraded in terms of facilities but also in terms of actions and educational programs."

The IOA, the main educational and cultural institution for the IOC, was established in 1949 but not officially inaugurated until 1961. The first buildings were completed in 1967, with more buildings added in the ensuing years culminating with a new conference center in 1994.

The renovation will begin immediately after the Lighting Ceremony of the Olympic Flame for the Tokyo 2020 Games, which takes place on March 12 at Olympia. The IOC Session in Athens opens on June 23, 2021, but events are being planned for Olympia as well. IOC President Thomas Bach will be eligible to seek a final four-year term at the meeting.