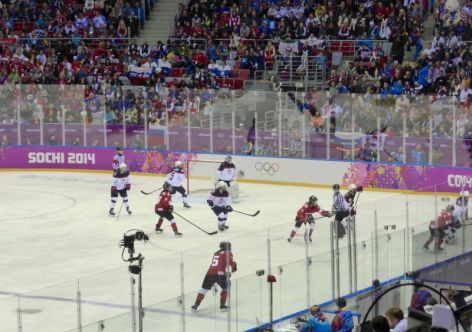 (ATR) The men’s Olympic hockey tournament in PyeongChang receives a much needed boost as the Kontinental Hockey League (KHL) allows its players to compete in February.

The decision by the Russia-based KHL on Wednesday comes a day after the Russian Olympic Committee signed off on its athletes competing as neutrals following the IOC decision to ban the Russian team for "unprecedented systemic manipulation of the anti-doping system in Russia."

The IOC is creating a neutral "Olympic Athletes from Russia" (OAR) team comprised of Russian athletes who have a clean doping history.

The KHL, in a statement on Wednesday, said it supported the ROC decision and wished all the KHL players who will be representing their countries good luck in South Korea.

PyeongChang organizers as well as the IOC will undoubtedly welcome the news, given that last month TASS quoted KHL board member Aleksandr Medvedev as saying that "contracted players won't be able to go anywhere" if the IOC banned Russia.

The potential loss of the KHL players would have further diluted an already weakened men’s tournament in PyeongChang. North America’s National Hockey League earlier this year decided not to release its players, the first time the NHL has skipped the Olympics since 1994 in Lillehammer.

The International Ice Hockey Federation Council, meeting late last month ahead of the IOC decision on Russia, had called for all clean athletes, including those from Russia, to be permitted to represent their country in PyeongChang.

The IIHF Council appears confident that KHL players of all nationalities, including Russia, will be eligible for the Winter Games.

After its meeting last month, the IIHF Council said "To preserve the integrity of the Olympic ice hockey tournaments, the IIHF in full cooperation with the Russian Ice Hockey Federation and the Kontinental Hockey League initiated a highly structured testing program for the KHL, MHL, and WHL, which went into operation in December 2016 and up to the present has tested nearly 400 Russian players."