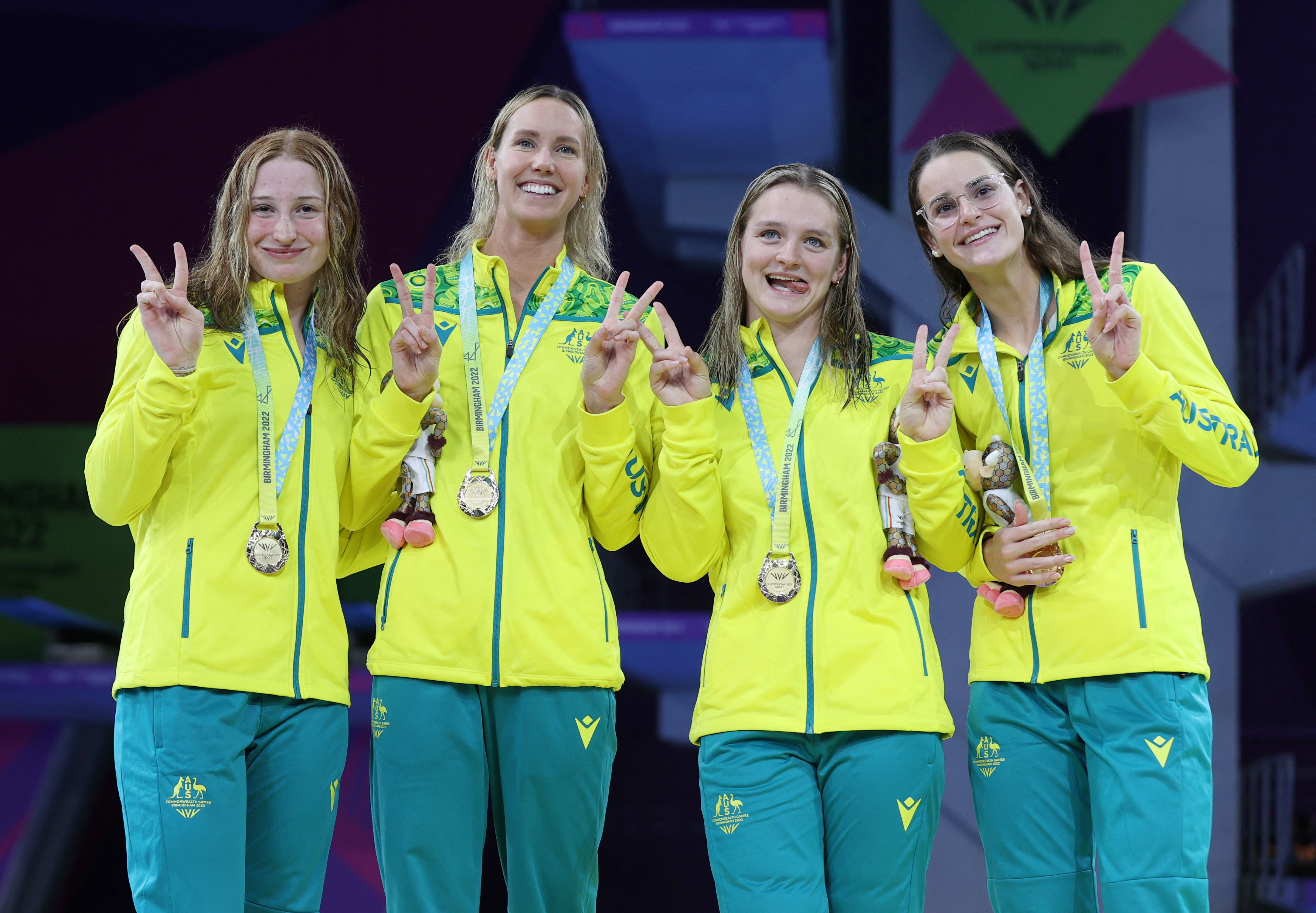 Australian swimmer Emma McKeon extended her own record for most Commonwealth Games medals to 20, yet breathless speculation about a “love triangle” in the pool has garnered more publicity for the Olympic champion.

Even tabloids such as The New York Post, which rarely writes about swimming, are consumed with the story. McKeon is dating teammate Cody Simpson, who is also competing in Birmingham but is better known for his career as a pop singer and actor. Meanwhile, McKeon’s ex-boyfriend, Kyle Chalmers, from whom she split last year, was also winning medals for the Australian team.

There are rumors the two men are feuding, but Chalmers, 24, called it “false news” and threatened to quit swimming if it continued. Chalmers is a six-time Olympic medalist.

However, it’s hard for these stories to overshadow McKeon’s feats in the pool. On the final night of swimming Wednesday, she swam the butterfly leg on Australia’s women’s 4 x 100-meter medley relay to win her 20th overall medal and record 14th gold.

On Tuesday, McKeon took the bronze in the 100-meter freestyle and anchored the mixed 4 x 100 medley relay to capture her 18th and 19th career medal. She broke a tie at 18 with South African swimmer Chad LeClos — who just missed the podium in the 100-meter butterfly and the relay — and shooters Philip Adams of Australia and Mick Gault of England.

McKeon, 28, was already the all-time leader in Commonwealth Games gold medals over three editions going back to 2014. With six gold medals in Birmingham, McKeon ties Ian Thorpe (2002) and Susie O’Neill (1998) for most golds at a single Games.

McKeon said she is prepared, in control of her mind and refuses to let outside things get in the way.

“I don’t ever go out and get rattled,” McKeon said, adding, “I let my performances do the talking.” 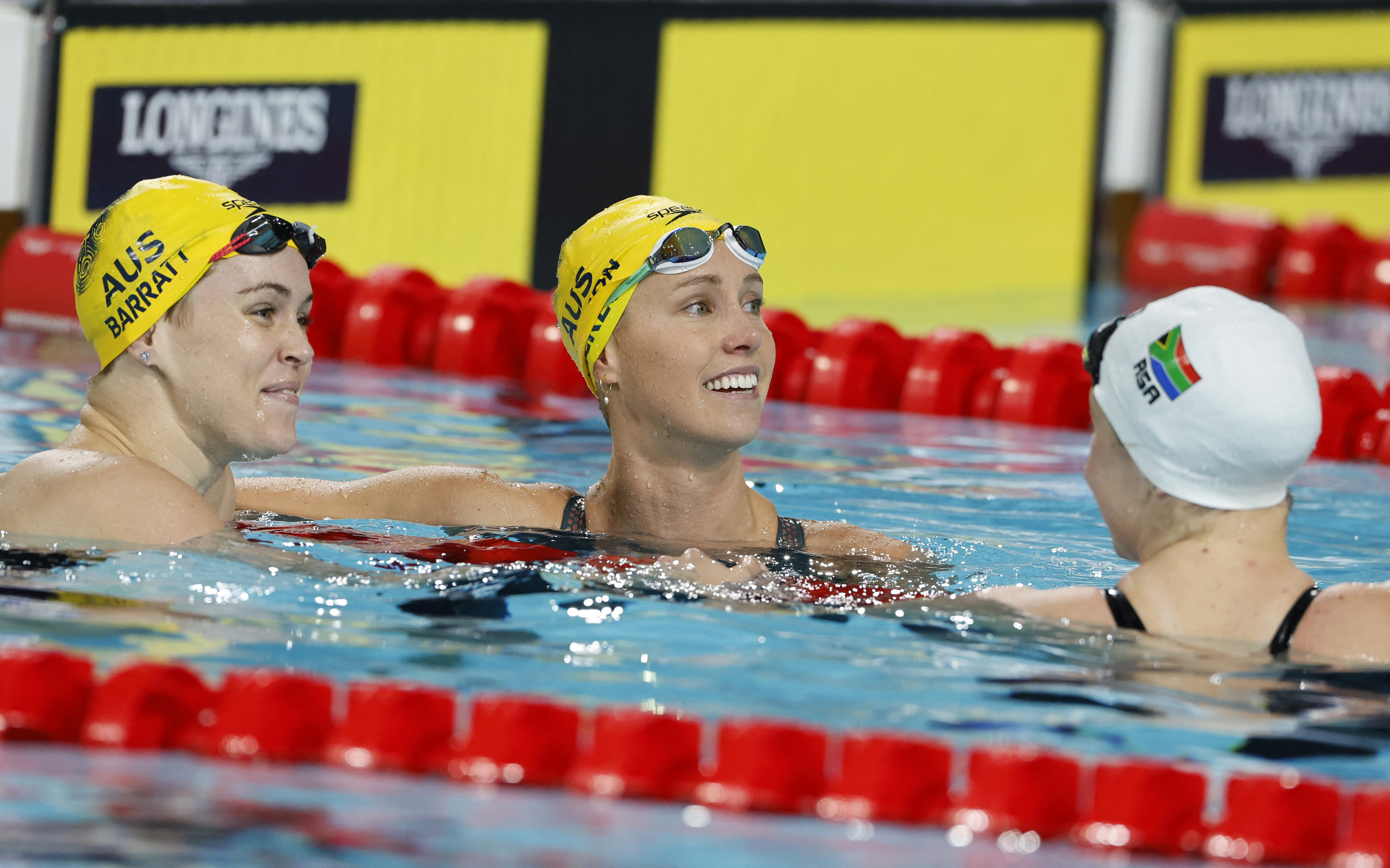 She has also won 11 Olympic medals — including five golds — in just two Olympic Games, tying Thorpe, and is gearing up for the 2024 Olympic Games in Paris. In Tokyo, McKeon captured four gold medals and three bronze medals.

McKeon announced earlier this year she was skipping the 2022 Budapest World Championships, which were postponed a year due to the pandemic, but was keen on competing in the Commonwealth Games. Since 2013, McKeon has won 17 world championships medals, with three of her four golds coming in 2019.

Then her love life started attracting attention. The buzzing reached fever pitch when McKeon and Chalmers swam the final in the 4 x 100-meter freestyle mixed relay, earning the gold medal. On the podium, they were separated by another swimmer and Chalmers denied that he had ignored McKeon.

“I definitely said congratulations,” said Chalmers, who won three gold medals and a silver in Birmingham. “If you watch the race back I actually walk up and say ‘good job’ across the pool.”

McKeon confirmed he congratulated her. 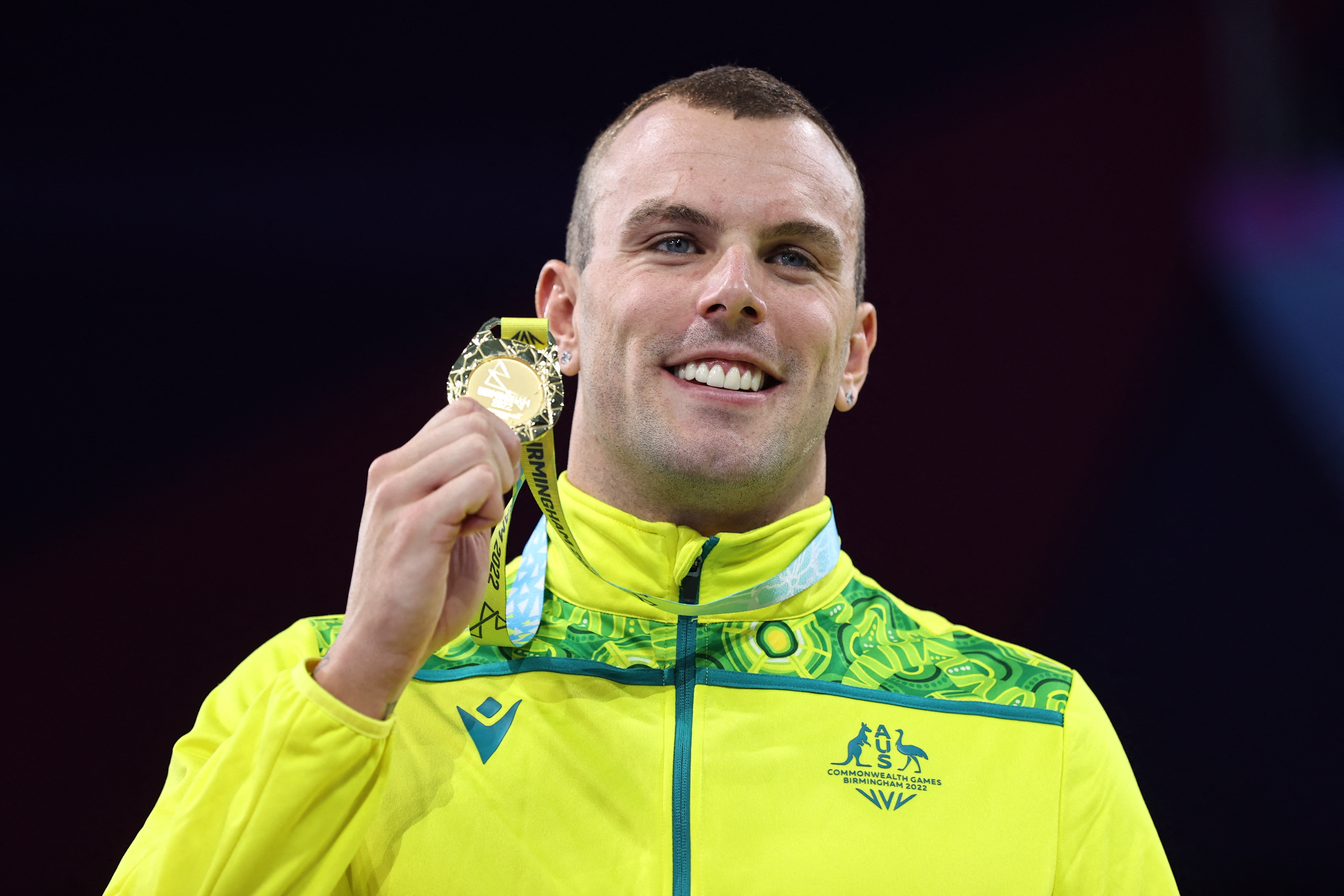 Chalmers, whose nicknames include “The Big Tuna” and “King Kyle,” said he also texted Simpson to say congratulations after Australia won the 4 x 100 freestyle relay. Simpson swam in the preliminary round and Chalmers competed in the final, so both earned gold medals. Both swimmers were entered in the men’s 50 butterfly and men’s 100 butterfly. In the 4 x 100 medley relay, Simpson swam the butterfly leg in the morning preliminary and Chalmers swam the freestyle leg in the final, where Australia won the silver medal.

“I do nothing but be as positive as I possibly can,” Chalmers said. “I support him on the team, but again, people just want clickbait on the article. It’s unfortunate that I can’t do anything right at this point in time. I think it’s fantastic that he’s here … it’s fantastic for our sport, it brings new viewers in. What he has achieved in two years of swimming is incredible.” 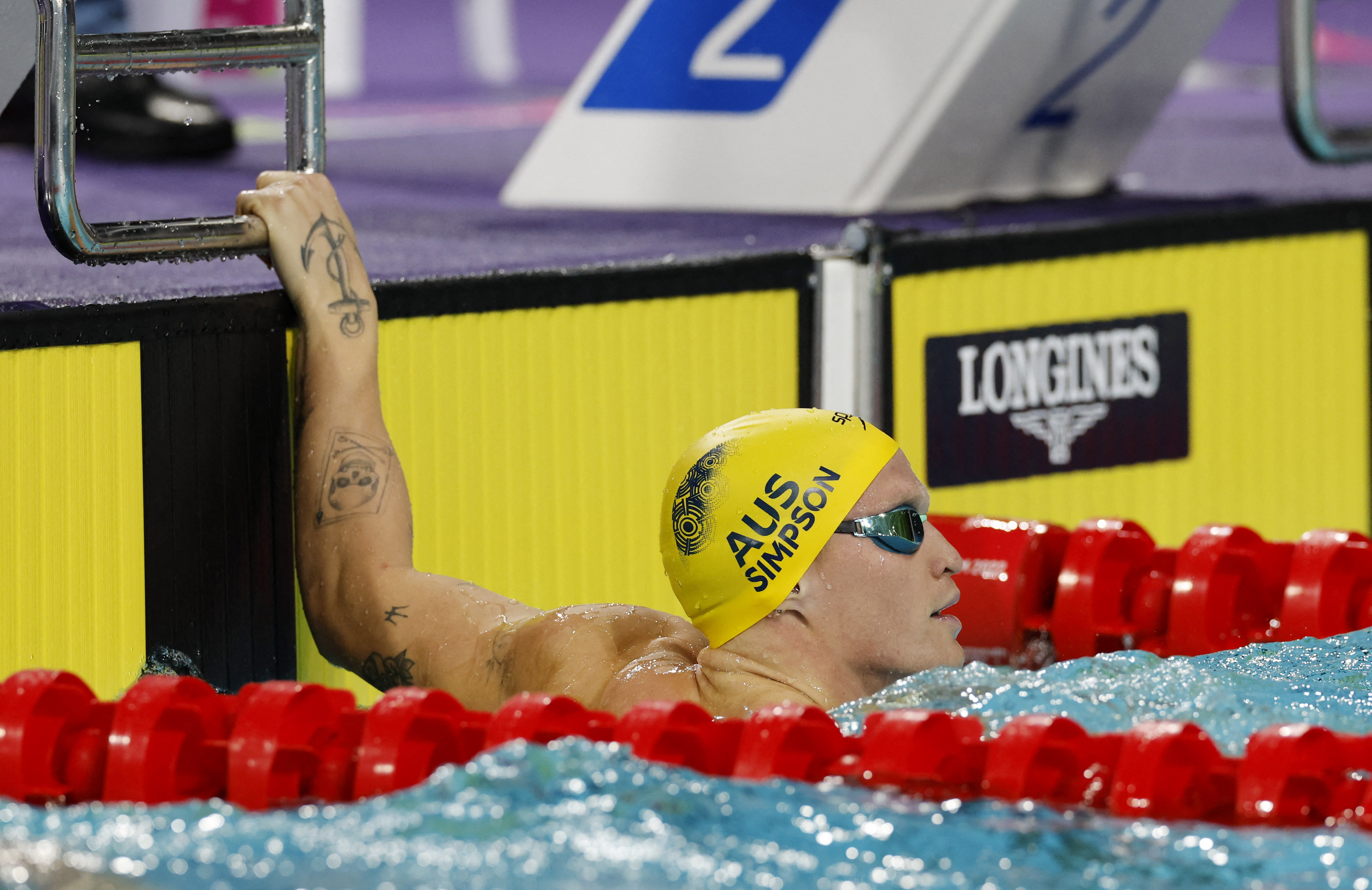 Simpson, 25, previously dated Miley Cyrus and supermodel Gigi Haddad, so he is used to being in the tabloids. His most significant win before the Commonwealth Games was on “The Masked Singer Australia,” where he emerged victorious after competing as the Robot.

“I was way more nervous to watch him than I was for my 100 (freestyle final),” McKeon said of Simpson. “I love sharing this experience with him.”

However, the experience has been difficult for Chalmers. He wrote on Instagram that the Australian team should have been celebrating all of its medals, but instead the media in Birmingham resurrected a line of questioning that began in May after the team trials.

“I don’t know how many more times it needs to be said by not only me but my fellow team mates, but these fake storyline’s are doing more harm than good,” Chalmers wrote. “I have dedicated my life to this sport and representing my country. I am your poster boy from 2016 and I’m your villain in 2022. And for no reason other than some people in the media needing to justify their pay cheques and knowing that false headlines create clicks and earn them money.”

He said the storyline “could end my time in swimming” and said his mental health “is at rock bottom.”

However, Chalmers persevered, setting a Commonwealth Games record in the semifinals of the 100-meter freestyle and writing “I am the master of my fate, I am the captain of my soul.” After he won the gold medal in the final, Chalmers posted a photo of himself with his finger to his lips, shushing his critics. “A million things I could say,” he wrote, “but this photo sums them all up and says it perfectly.” He thanked his supporters for “giving me the courage and strength to stand back up and do that tonight!”