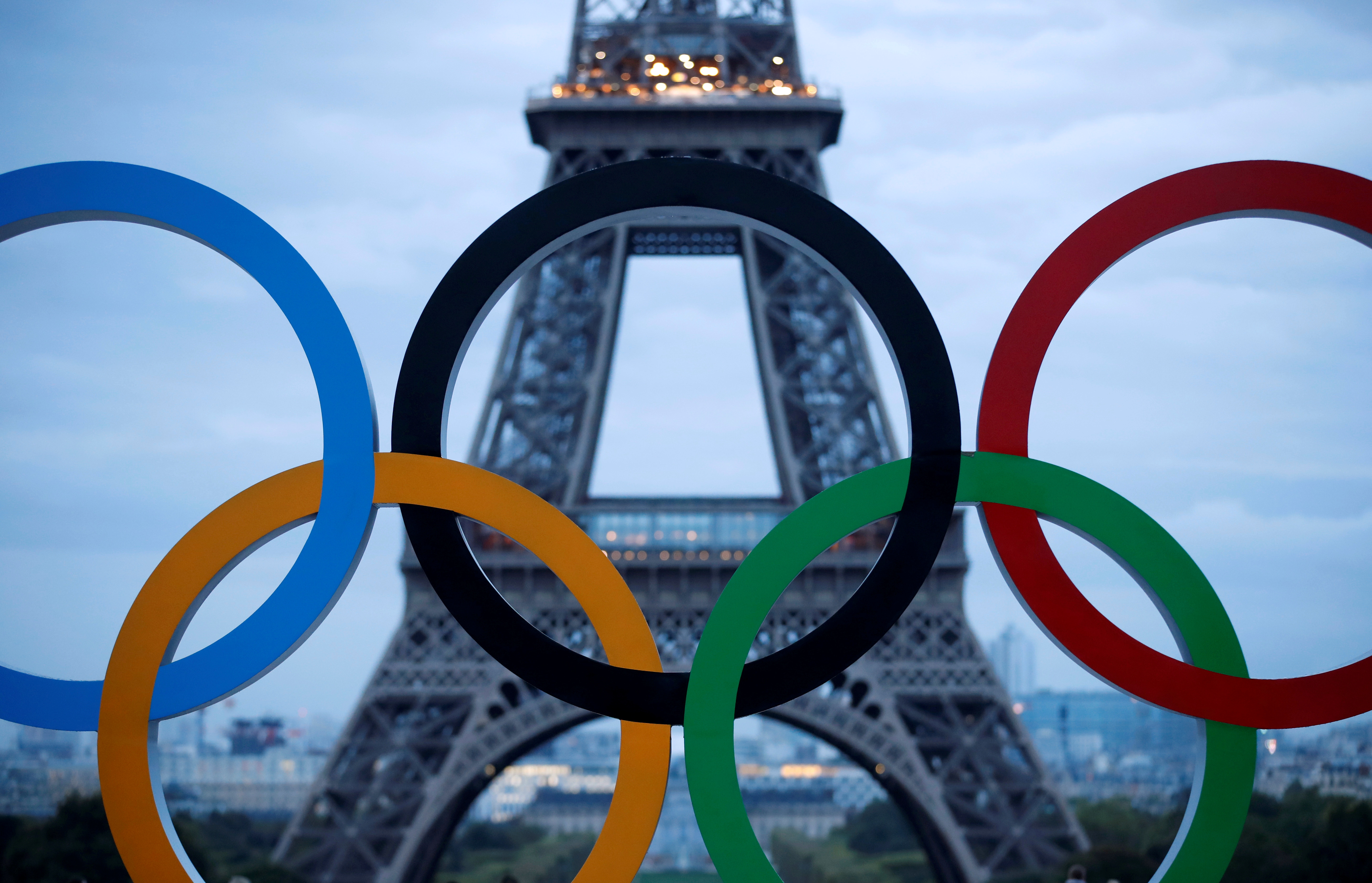 FILE PHOTO: Olympic rings to celebrate the IOC official announcement that Paris won the 2024 Olympic bid are seen in front of the Eiffel Tower at the Trocadero square in Paris, France, September 14, 2017. REUTERS/Christian Hartmann/File Photo

The Eiffel Tower, which is visited by over six million people every year, is currently covered in rust and needs major repairs.

According to a report by the French magazine, Marianne, it will soon get an updated paint job costing around $60 million before the 2024 Olympics. It will be the 20th time the structure has been painted.

The 324 meter tower, was constructed in the late 19th century by Gustave Eiffel, who designed it as the centerpiece for the 1889 World’s Fair. 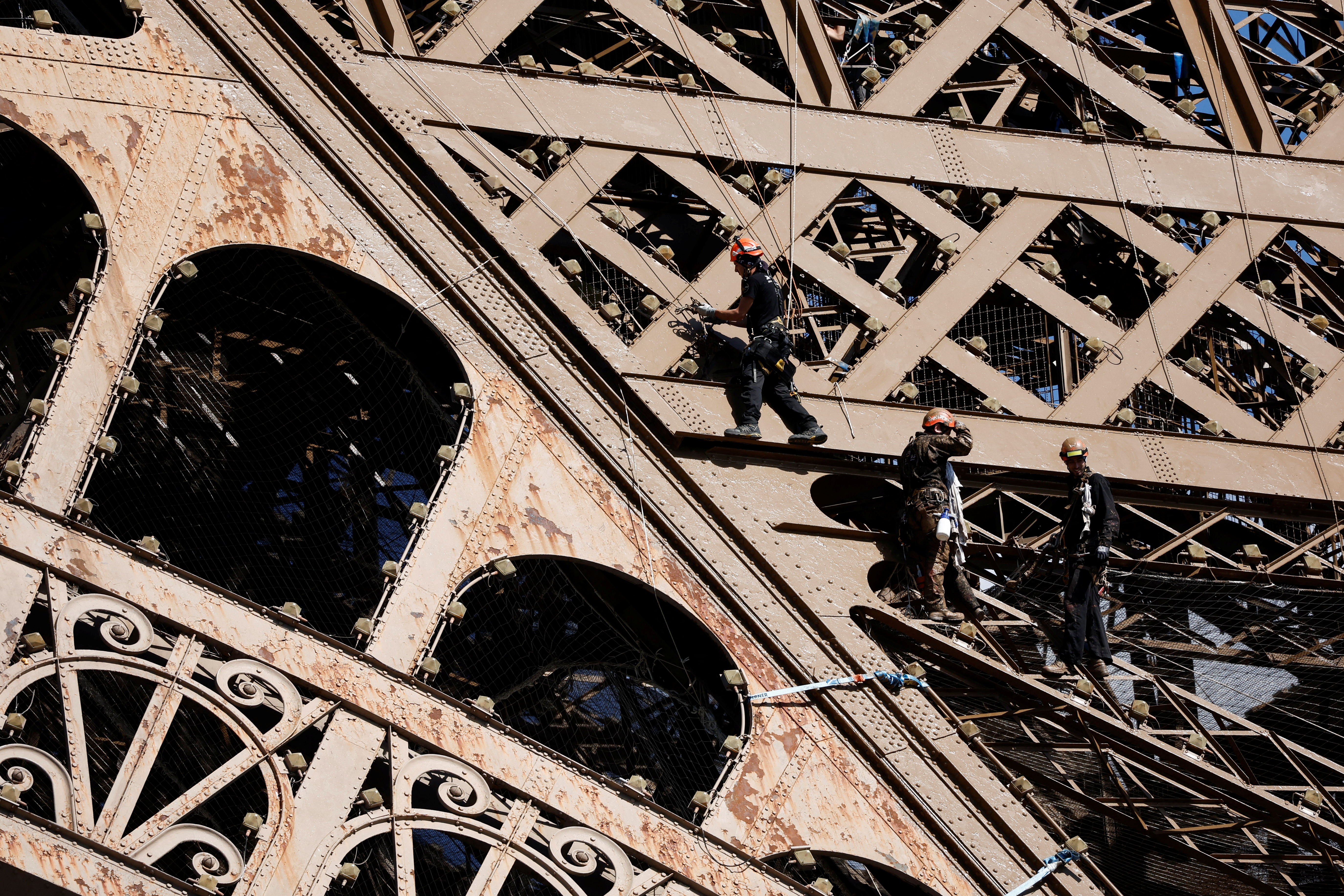 Workers work on the Eiffel tower during the 20th campaign of painting and stripping in Paris, France, July 5, 2022. REUTERS/Benoit Tessier

“It is simple, if Gustave Eiffel visited the place he would have a heart attack.” A manager at the landmark reportedly told Marianne.

According to Marianne, around 30% of the tower was supposed to be stripped and then two new coats painted, but delays caused by the COVID pandemic and the presence of lead in the old paint means only 5% will be treated. 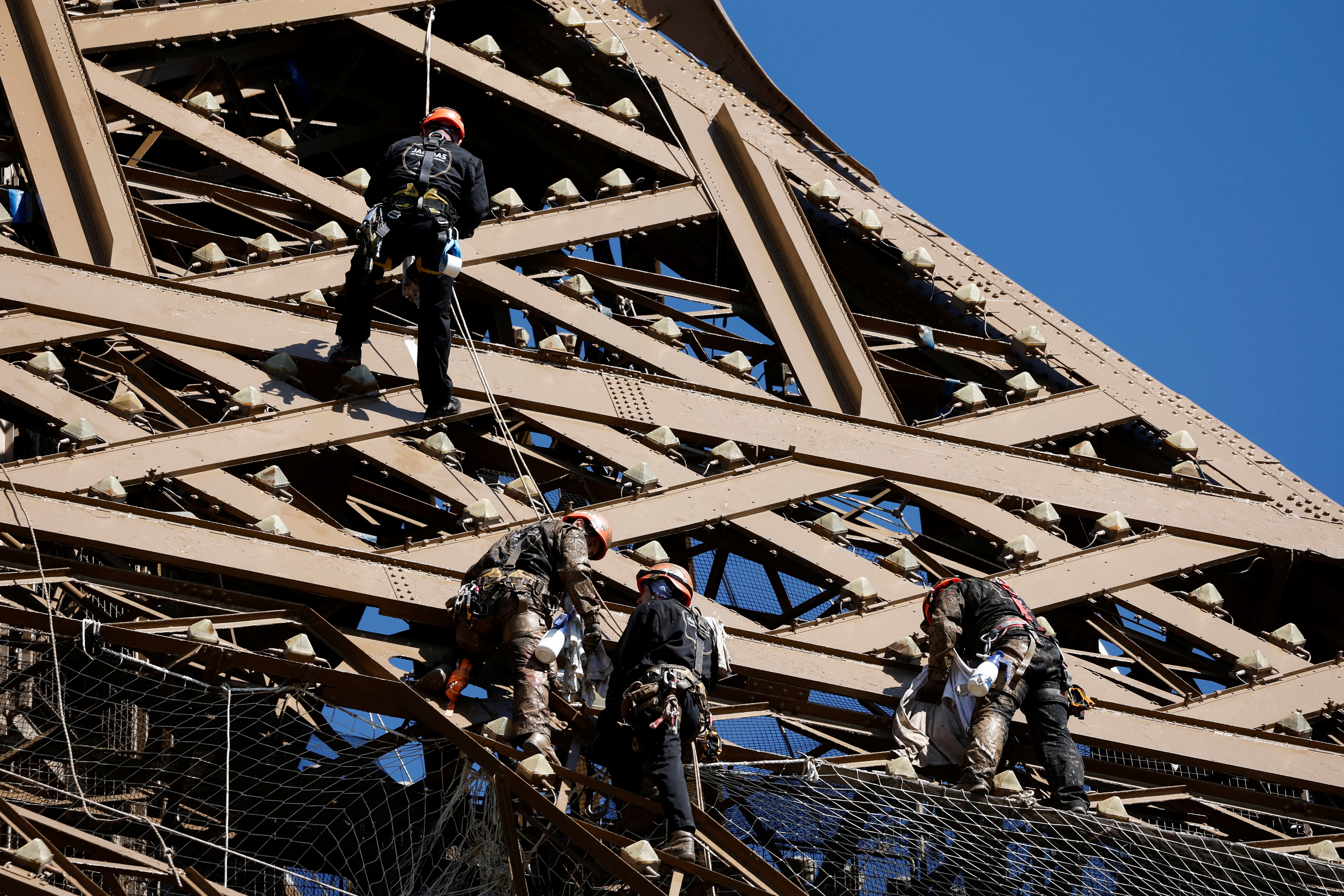 Workers work on the Eiffel tower during the 20th campaign of painting and stripping in Paris, France, July 5, 2022. REUTERS/Benoit Tessier

Societe d’Exploitation de la Tour Eiffel (SETE), who manages the facility is reportedly reluctant to close the tower due to the amount of tourism revenue that would be lost due to extensive repairs and renovations.