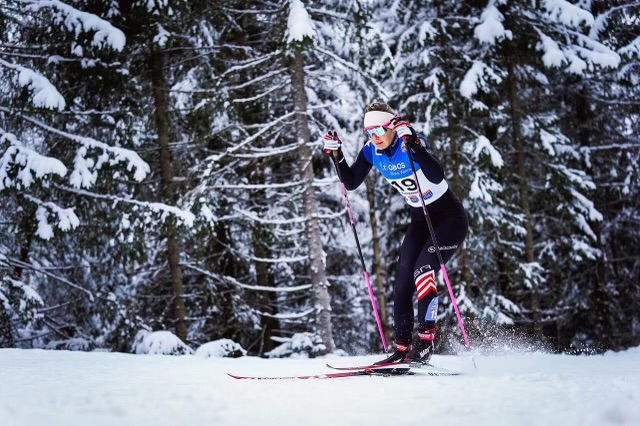 When Annika Malacinski was forced to abandon her elite gymnastics career at age 16 due to a shoulder dislocation, she felt lost.

“I had dedicated all my life to sports, specifically gymnastics, and suddenly I was not able to do that any more,” she told Around the Rings. “So, I was desperately looking for something to fill that hole.”

Malacinski, now 21, fell in love with Nordic combined, a sport she hoped would eventually carry her to the Winter Olympic Games.

“After I took my first ski jump, I was so hooked on the feeling and I was craving the adrenaline rush that it gave me,” Malacinski said. “And after that there was no going back.”

Now she’s waiting to find out if there’s no going forward.

On Friday, the Executive Board of the International Olympic Committee (IOC) is expected to examine the program for the 2026 Milano Cortina Winter Games. Nordic combined is the only Winter Olympic sport that does not include women, a distinction the International Skiing Federation (FIS) has been keen to change.

Will the IOC promote gender equity by adding women’s Nordic combined competition to the 2026 program? Or will gender equity be achieved by dropping the men’s event, which has been part of the Winter Games since they began in Chamonix in 1924?

“The program commission will make recommendations” to the Executive Board, an IOC spokesperson told Around the Rings. “All the rest is speculation.” 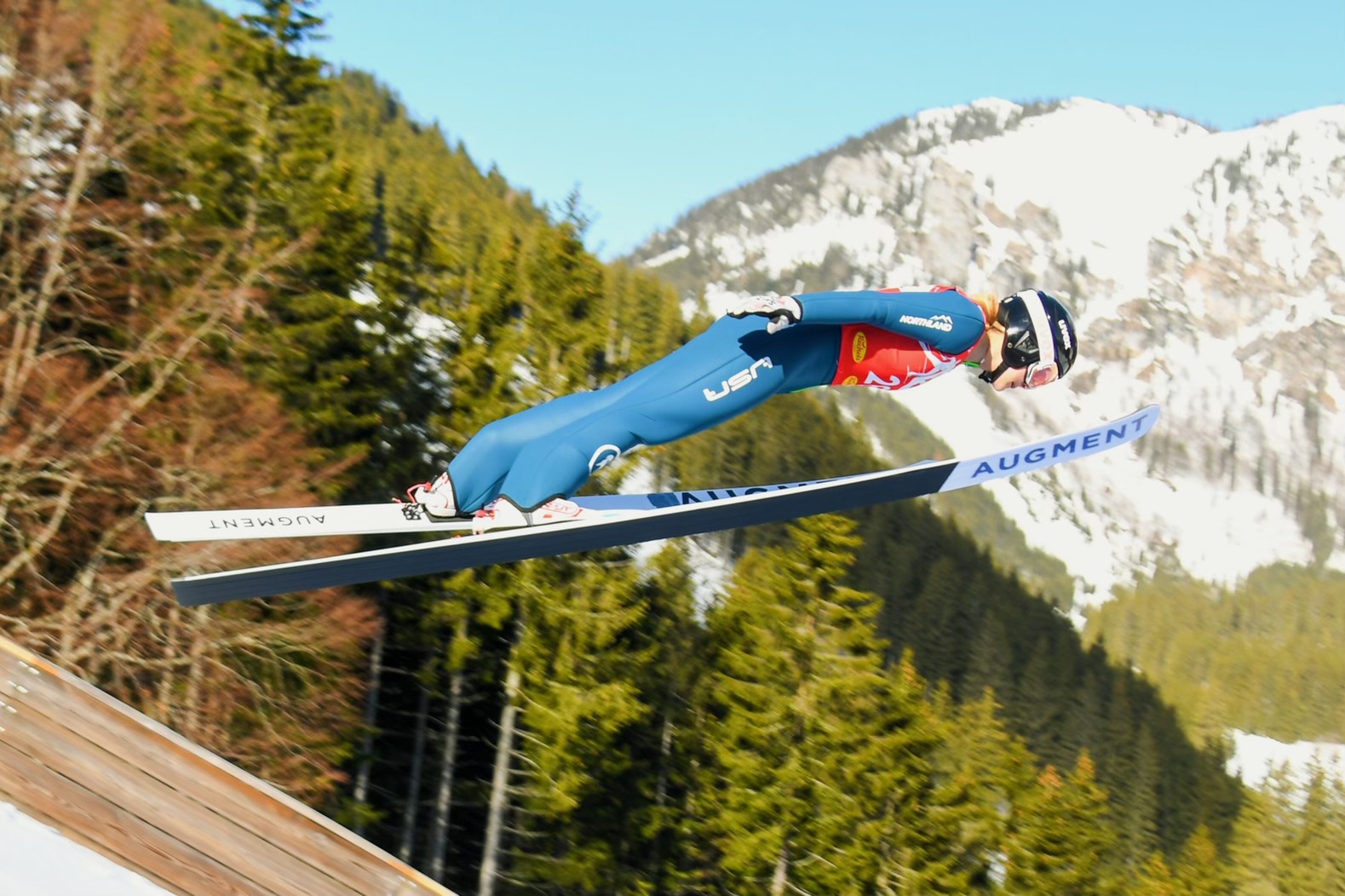 “I basically grew with the sport, which is something super cool,” said Malacinski, who has U.S./Finnish dual citizenship. “It was said to be on the Olympic schedule 2022 and when that was decided against, it just meant all of us had to fight harder to have recognition. It’s crazy to think that even in the 21st century, we experience things like not allowing women to compete in a sport.”

The arguments against inclusion at the Beijing 2022 Games were the sport had not progressed enough and needed further development, universality, competitiveness and a larger fan following.

“Honestly there’s no excuse any more,” Malacinski said. “I think that we’re all so strong and very ready to show what we’ve got, especially in the Olympics.”

She noted that female Nordic combined athletes are “almost jumping from the same gates as the women are for ski jumping.”

“A couple of years ago, we definitely didn’t have enough athletes,” Malacinski said. “We had 39 athletes (from 11 countries) this season in the World Cup. If you’re looking at the men, about 60 compete in a World Cup.”

More athletes compete in the Continental Cups, which demonstrates an increased level of interest. 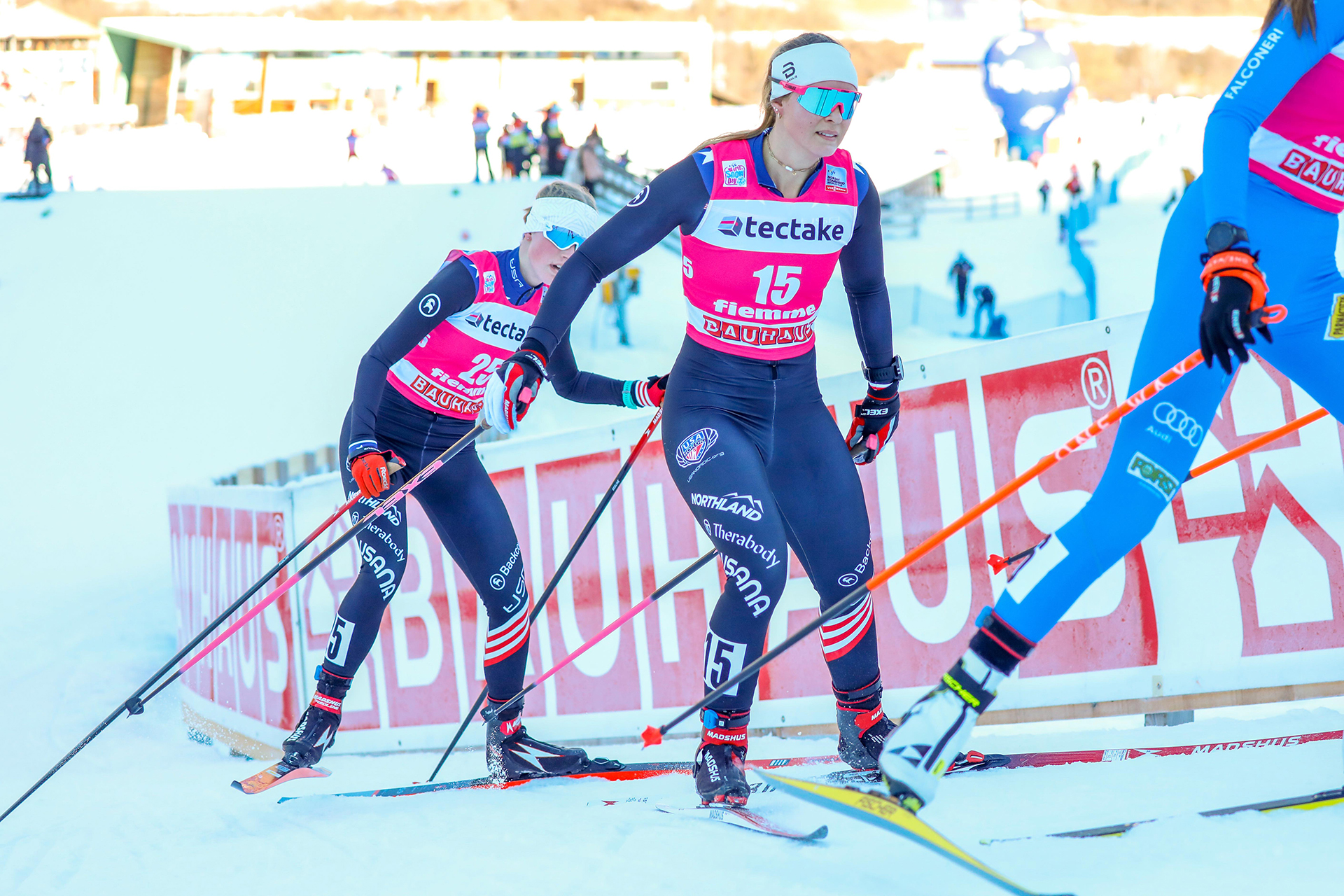 “That’s why I say that this is so crucial. If they do not put women’s Nordic combined in the Olympics, I can assure you that a lot of people are either quitting, going to school, going to ski jumping or trying to find another solution. At the end of the day, every athlete’s dream is the Olympics. When we are investing all of our time, sweat, money, tears and blood all into one sport and it’s not getting the recognition it needs and we’re not permitted to compete at the highest level that every other athlete gets to do, I think it’s frustrating.”

When the pandemic forced the cancellation of Nordic combined events, the men’s competitions were eventually rescheduled, but the women’s were not.

That double standard caused Tara Geraghty-Moats of the United States, who won the first Nordic combined World Cup for women in December 2020, to leave the sport for biathlon.

Malacinski’s best result is 12th place at a World Cup in Estonia last season. “I was able to show some of the potential I had,” she said. 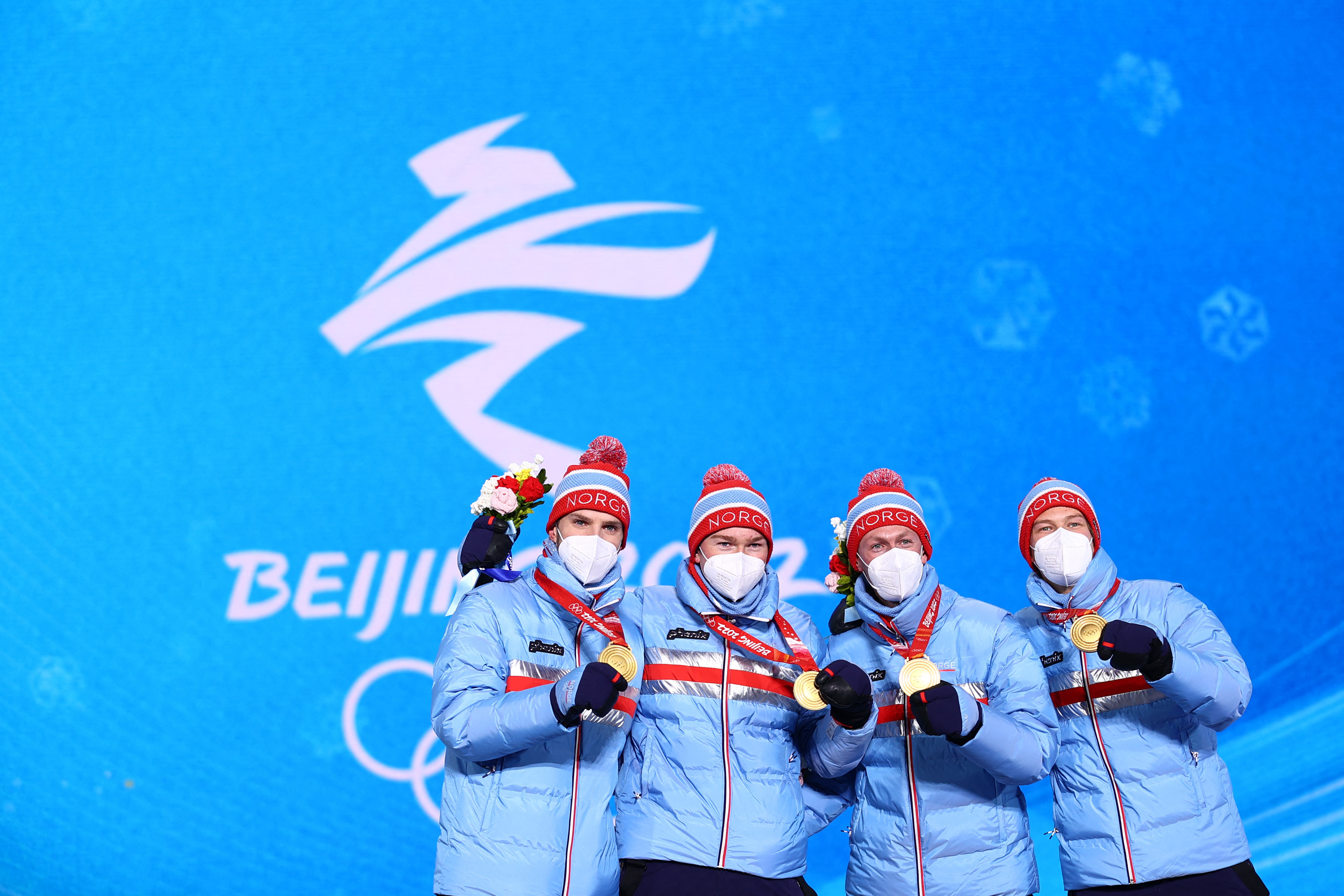 Then she had to watch the Beijing Olympics on television, calling it “one of the hardest things ever.” It was also difficult for her younger brother Niklas, who missed making the five-man U.S. team by one spot.

“It’s one thing to not make the Olympic team,” Malacinski said, “but knowing that your sport isn’t even in the Olympics, you can’t even try to make it.”

In 2014, women’s ski jumping was finally added to the Olympic program after a long campaign for inclusion. Deedee Corradini, the former mayor of Salt Lake City, Utah who led the effort, called the battle “much more than ski jumping. It really became a women’s rights issue and a human rights issue, because we were really fighting for all women in all sports and hopefully all aspects of life.”

While Malacinski was still a gymnast, a member of the U.S. women’s ski jumping team attempted to recruit her. “She begged me to try ski jumping,” Malacinski said. “They were trying to get more women on the team and I looked her in the eye and I said, ‘There’s no way in hell I am jumping off a ski jump.’”

Then with her gymnastics career over, Malacinski watched Niklas compete in a Nordic combined event in Steamboat Springs, Colorado. Less than two weeks later, she was on a 45-meter jump ready to send herself down a hill for the first time.

“Once I got up in the air, and flew the five meters that I did, I was so addicted and I was so ready to start this new adventure and experience.” 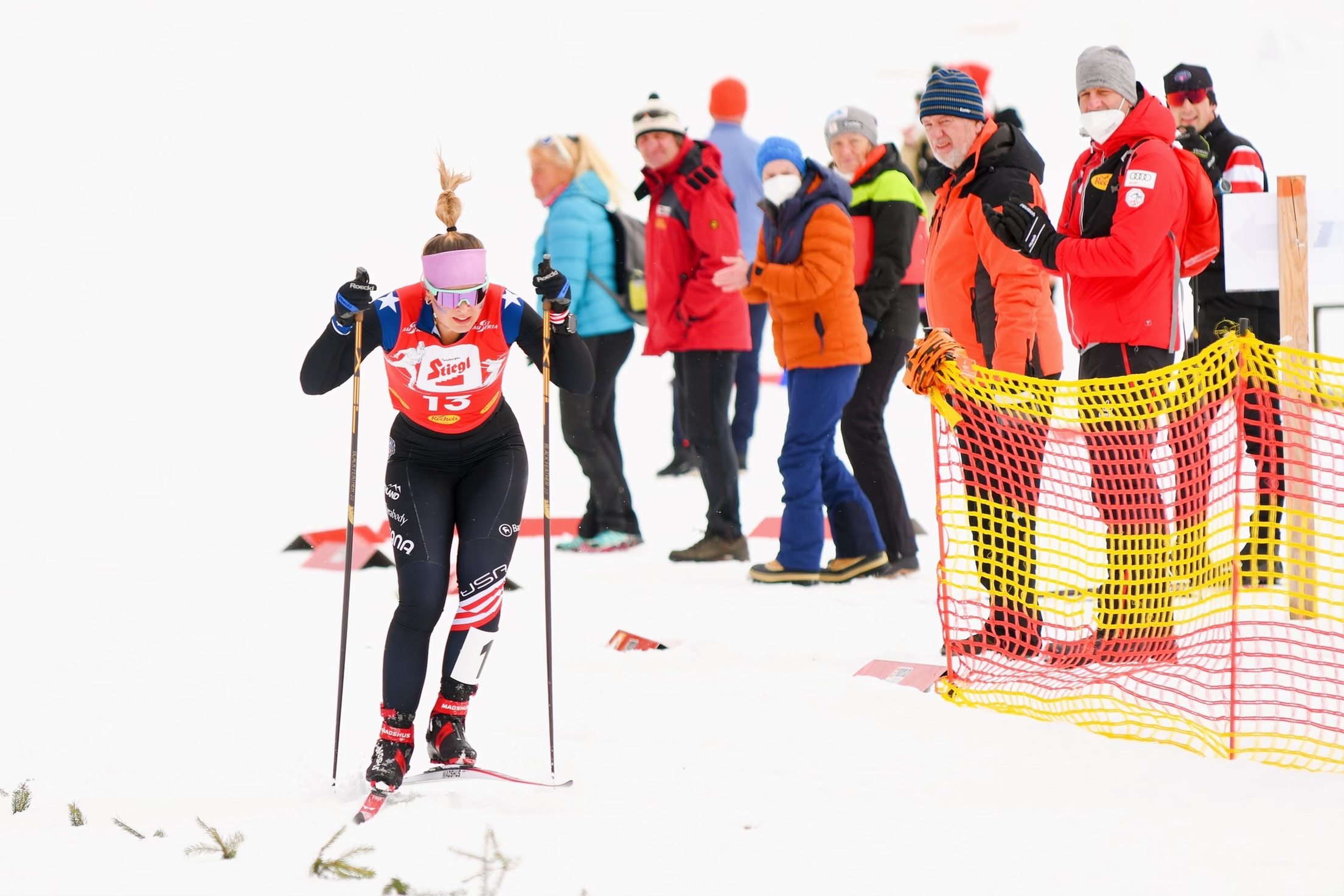 Malacinski already had the stamina necessary for cross country skiing, the other aspect of Nordic combined, because her mother insisted she and her brother do endurance sports when they were younger. “At the time I would cry on the way to practice, I hated skiing so much,” Malacinski, “but now at 21-years-old, I can say that it did pay off and I am very happy that my mom forced it.”

And yet she worries that she could be nearing the end of the road. Will the IOC welcome women’s Nordic combined onto the Winter Olympic program?

If it doesn’t, Malacinski said, “What kind of message is it showing to the youngsters that are striving to become professional athletes in Nordic combined if they don’t see a future in it? Why should they start?”