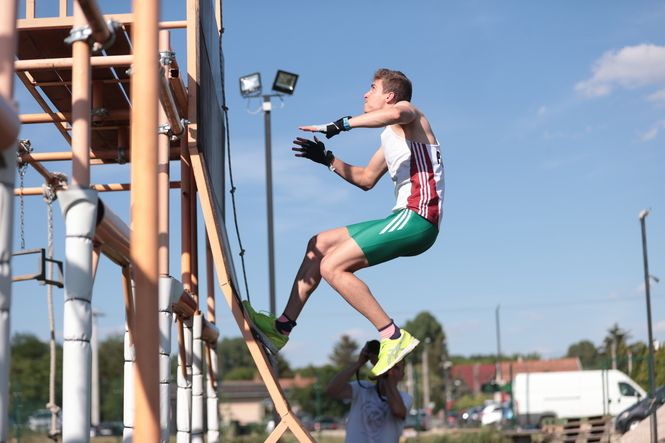 The outskirts of Budapest, Hungary was the site as Hungary became the first country to give their modern pentathletes a sneak peak at the proposed obstacle discipline.

Although not official, the obstacle discipline proposed by the sport’s governing body Union Internationale de Pentathlon Moderne (UIPM) could replace equestrian after the Paris 2024 Olympics.

The athletes got their first look at the obstacle course setting ahead of the first official event in Turkey next week, and according to a report in Nemzeti Sport, they liked what they saw.

“This obstacle course is an exciting approach to the pentathlon. You can feel right away which muscle groups we haven’t used before, but we need them here,” said Gergo Bruckmann

“To be honest, I really liked it. As a child, I climbed trees and jumped through everything, so I enjoyed it too.”

Gergo Salga, 23, expressed some doubts about the obstacle discipline, but is open to the idea.

“I’ve been thinking a lot about whether I’m going to continue my pentathlon after changing the ride. I can’t answer that yet, but it was good, interesting and enjoyable.”

Olympians Akos Kallai and Janos Martinek, who won two gold medals in modern pentathlon at Seoul 1988, observed the action with a keen eye, as well as Sandor Karman, competition manager of the Hungarian Modern Pentathlon Association.

Karman admitted to having serious concerns about the proposed fifth discipline, but like many of the athletes who took part, he was encouraged by the event.

“I didn’t feel that it was possible to safely set up obstacles in a race, but I am happy to see that there will be a solution, and it is not as deplorable as I thought it would be.

“I think we will be able to adapt to that, there will probably be races over the summer where we can show the juniors a little bit what to expect if they want to be pentathletes.”