In the United States, baseball is the sport where Cubans have achieved the most fame and success, however, a soccer player from the island, Osvaldo “Ozzie” Alonso, has achieved legendary status in Major League Soccer (MLS).

Alonso, at 36, has awaken great expectations with his new club Atlanta United, MLS champions just four years ago, as they closed their signing list this Christmas by signing the free agent Alonso.

The Cuban will play in his 14th MLS season . In the last 13 seasons, Alonso has made 336 appearances in the regular season and another 30 in the playoffs.

He has never missed a postseason during that time, collecting the MLS Cup champion trophy in 2016, the Supporters Shield award in 2014 and four U.S. Open Cup titles during the 10 years he played with the Seattle Sounders club, with which he debuted in 2009.

The former Cuba international has been named to the MLS All-Star team four times, and was featured in the midfield of the MLS Best XI in 2012, and the All-Decade Team.

Five months from now will mark the 15-year anniversary since he decided to leave the Cuban national team in Houston, when he was playing in the CONCACAF Gold Cup. The date was June 12, 2007. 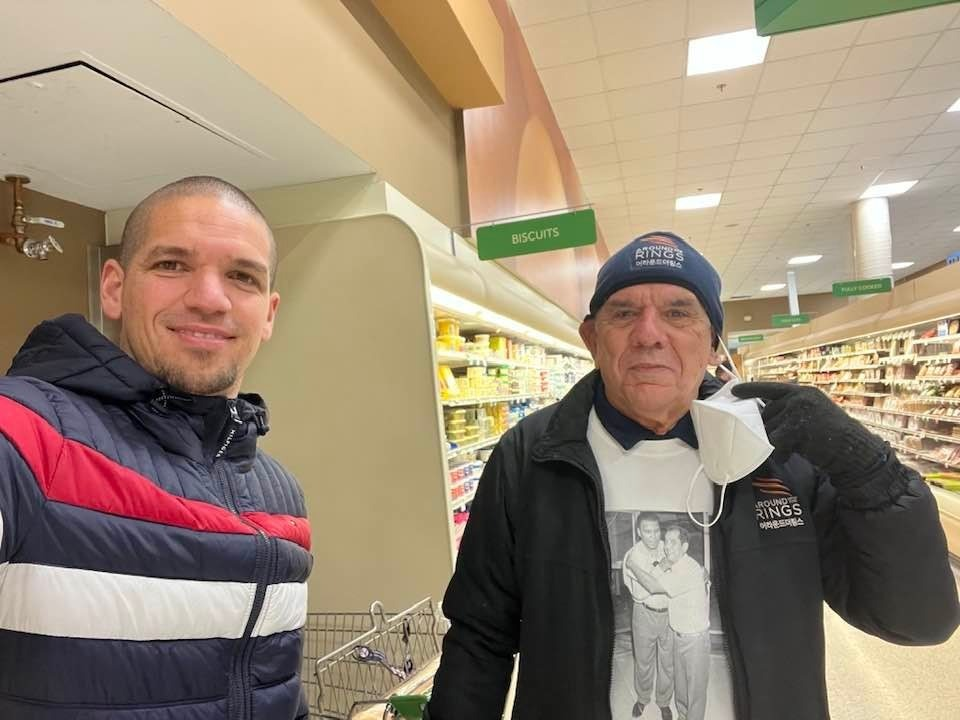 Fifteen years later I ran into Alonso at an Atlanta supermarket, and despite the protective mask on his face, recognized him immediately. What a surprise for both! I had not seen him in person since that distant day of his escape, which I witnessed as a special envoy.

Alonso had just arrived from Minnesota where his family is still waiting for his current club to find him a new home.

He was returning from his first training session with Atlanta United in nearby Marietta, Ga.

At one point in the dialogue, the mind flew to the past, to that June afternoon when he decided to change the course of his life.

Prior to that first trip to the United States, Alonso had served as captain of the Cuban under-23 team that played in qualifying for the 2008 Olympic Games. With the senior team of his country, he had debuted against the Turks and Caicos during the Caribbean Cup in 2007.

His last appearances in that Gold Cup was against Mexico, in New Jersey, and two days later against Panama in Houston.

“Since I left Cuba I was focused on the fact that when I arrived in the United States I had to take advantage of the opportunity to open a path for myself here. It happened to me in Houston and I had to escape,” Alonso said.

“We all went shopping at a supermarket. When the managers were busy in the store, I took advantage and went outside. I walked several blocks, quickly, to get away from the place as soon as possible

“In the street I found a person who spoke Spanish, a young Mexican, with whom I identified myself, and I asked him to help me. He leant me his cell phone and I called an ex-girlfriend from Cuba who lived in Miami. Then he took me in his car to the bus terminal.”

“I was scared and crazy to get on the first bus leaving the city; I knew they would be looking for me. Thank God, a bus was about to leave and the Mexican friend quickly managed the ticket for me. The trip to Miami lasted almost a day-and-a-half.”

When he arrived in Miami several people helped him in those first moments of exile, among them, friends who played with his father, a former striker for Cuba. His ex-girlfriend would eventually become his wife, and today they have three children, one boy and two girls.

Alonso is a native of San Cristóbal, one of the traditional football arenas in Cuba, located in the province of Pinar del Río, about 90 km west of Havana.

From Miami he traveled to Los Angeles to try out for Chivas USA with the help of Maykel Galindo who had defected in 2005 when Cuba played the Gold Cup in Seattle. The club was interested in his services, but the Cuban did not yet have his documents in order. When the legal papers arrived, Chivas USA had already completed their squad.

Alonso, together with Léster Moré, the other Cuban from the national team who had defected in 2007 but days before when the team played in New Jersey, tried out for other clubs. Both eventually signed with the Division Two Charleston Battery of the United Soccer League (USL). He started 31 games, was named the team’s 2008 Most Valuable Player and USL Rookie of the Year.

The following year he began his MLS career with Seattle where he would thrive for over a decade.

Alonso surpassed 20,000 minutes played for Seattle on April 14, 2017, the first to do so in team history and the 10th player in league history to accomplish the feat. In the final match for the 2016 MLS Cup title, decided by penalties over Toronto FC, Alonso played the full 120 minutes of regulation time with a knee injury and required four pain injections before the game and another four in between.

He was captain of the Seattle Sounders where he became a club legend, and was considered the best defensive midfielder in MLS history. His time at Minnesota United also marked a milestone.

“The dedication and leadership he provided to the team while he was part of MNUFC will be sorely missed. Thank you, Ozzie Alonso,” said his farewell dedication posted by the club in 2021 on social media. 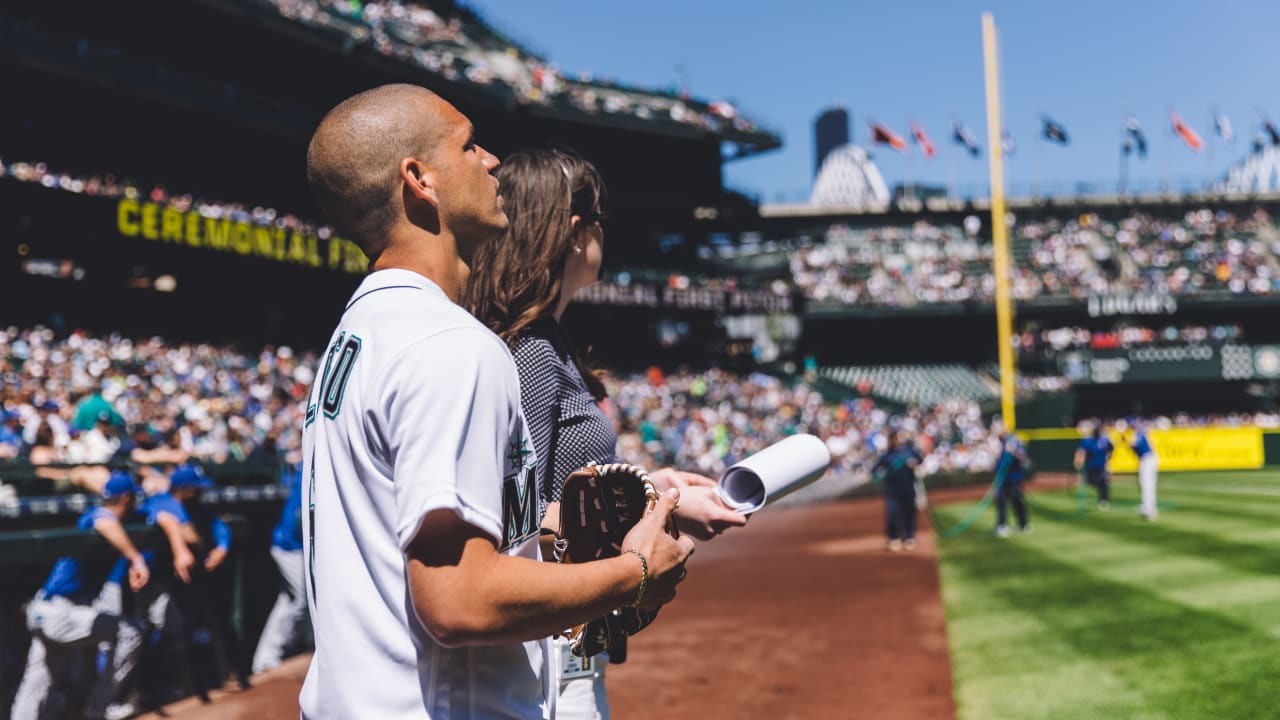 Such was the popularity of the Cuban among the sports fans of both cities that on three occasions he was invited to throw out the first pitch at the opening of the Major League Baseball season, twice at the Seattle Mariners’ stadium, and once at for the Minnesota Twins.

In 2012 Alonso became a United States citizen. At that time, the German Jürgen Klinsmann, technical director of the United States Men’s National Team, wished to have his services and made arrangements with FIFA and the Cuban Federation, but the required official authorization letter was never sent from Cuba.

“I was in an incredible moment. I could have gone to the 2014 World Cup and had a great chance of being a starter. Klinsmann told me that everything possible was being done. But the response from Cuba never came,” Alonso recalls to Around The Rings.

In 2015, after completing the eight-year ban imposed by the Cuban government on defecting athletes from visiting Cuba, Alonso returned to the island. Before, he had managed to take his parents and sister to live in the United States.

“We are pleased that Ozzie has chosen to sign with us in free agency,” Atlanta United Vice President and Head Coach Carlos Bocanegra said in a press release. “A proven leader, Ozzie is one of the most respected and decorated players of our league. His veteran presence on the pitch and in the dressing room will be a great contribution to our club”.

Alonso immediately responded to the phone call made by the technical director of Atlanta United, the Mexican Gonzalo Pineda, with whom he played in Seattle, and later was under his command as a coach at the club itself.

February 27, at the spectacular Mercedes Benz Stadium, will be Atlanta United’s first game of the 2022 MLS season, against Sporting Kansas City. It could also be the debut of the veteran Cuban player.

“Here in Atlanta I hope to win the three Cups in dispute this year”, says Alonso.

Would you be willing to play again with the Cuban team?

“I don’t know, if that day comes when they call me up for the national team, I’ll make the decision when things happen. Now I don’t have an answer.”