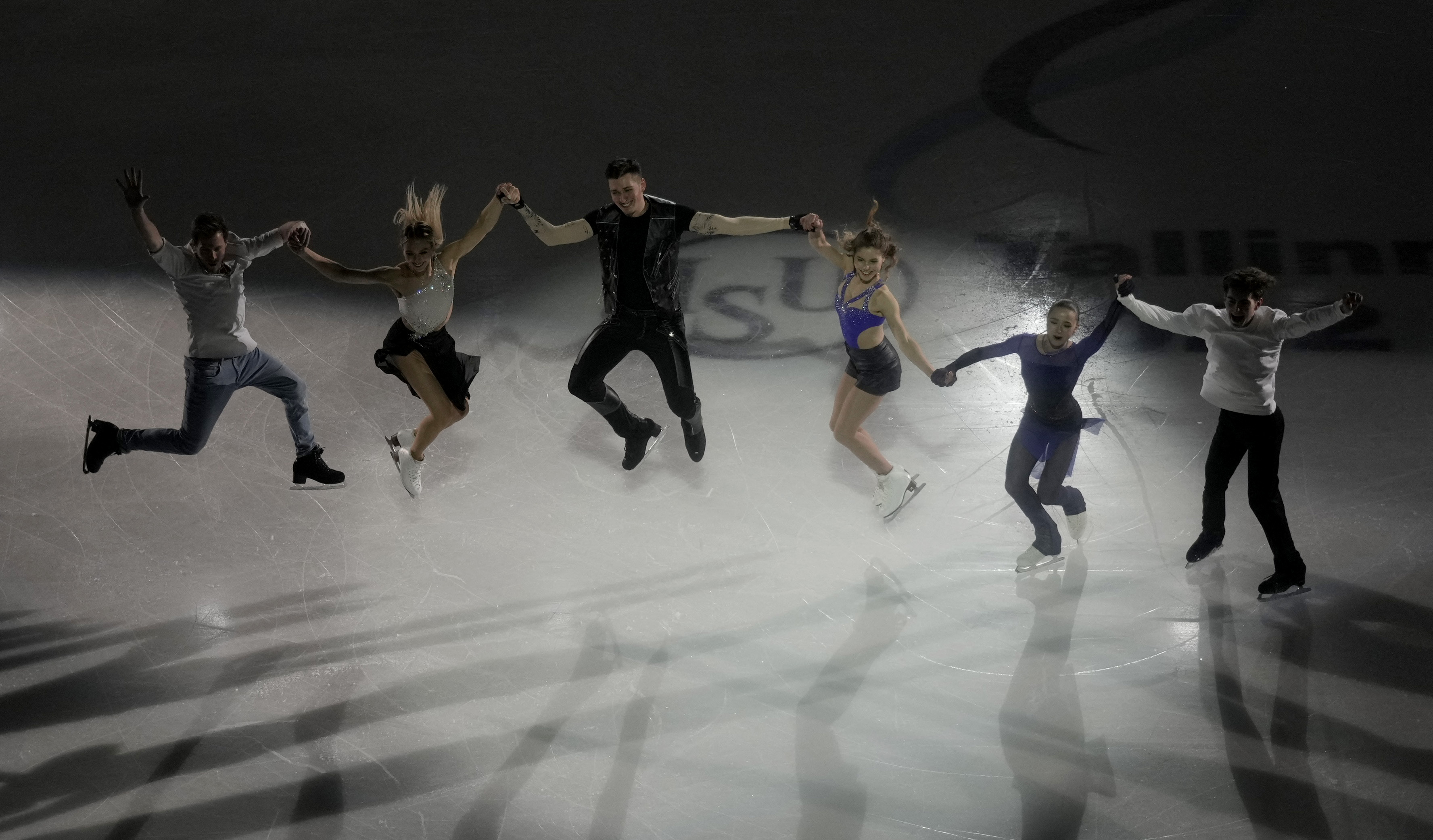 The International Skating Union (ISU) released an updated version of its Code of Ethics on Wednesday. One major change from the previous Code of Ethics is the addition of language that sets out the ISU’s policy on the freedom of expression at the organization’s events and activities.

The first of the new articles guiding policy on freedom of expression would appear to be largely aligned with Rule 50 of the Olympic Charter, which states, “no kind of demonstration or political, religious or racial propaganda is permitted in any Olympic sites, venues or other areas.”

As stated in article 5.1, the ISU further clarifies their rules on the freedom of expression in article 5.2. According to article 5.2, athletes, and other stakeholders subject to the Code of Ethics, will have the opportunity to express their views in media zones or when speaking to the media, during press conferences and interviews, at team meetings, in traditional or digital media and through social media channels.

Athletes will also be allowed freedom of expression on the field of play prior to the start of the competition, provided the expression meets the guidelines put forth by the ISU, which don’t allow expressions that target, directly or indirectly, people, countries, organizations, or the dignity of those aforementioned groups, and expressions that are disruptive to another skater or that cause physical harm. 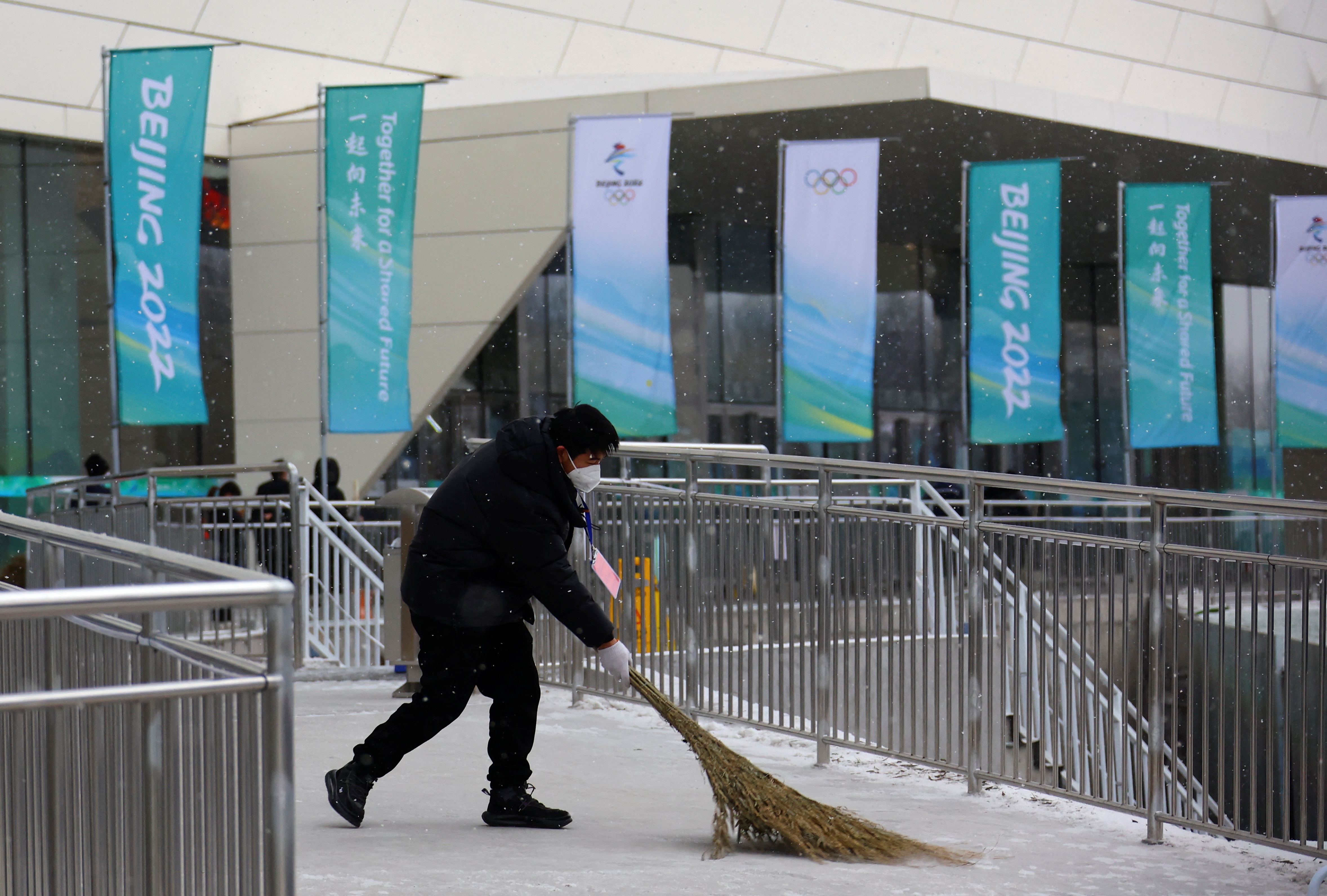 A worker cleans a street during snowfall outside the Main Press Centre ahead of the Beijing 2022 Winter Olympics in Beijing, China January 20, 2022. REUTERS/Fabrizio Bensch

ISU Communication 2450 states the adoption of the revised Code of Ethics by the ISU Council was done “in accordance with the ISU Constitution.” However, it remains unclear if the changes considered and adopted by the ISU Council were influenced in any way by the debate surrounding the freedom of expression heading into the 2022 Winter Olympic Games.

As reported by Around the Rings, athletes have been advised not to speak up on human rights issues while competing in China during the upcoming Winter Olympics. Rob Koehler, director general of the athlete advocacy group, Global Athlete, suggested athletes avoid speaking up during competitions, instead advising them to “use their voice when they get home.”

Officials on the Beijing Organizing Committee for the 2022 Olympic and Paralympic Winter Games have also warned athletes against actions contrary to the Olympic Charter in recent days.

Yang Shu, deputy director general of international relations for Beijing 2022, told media, “any expression that is in line with the Olympic spirit I’m sure will be protected,” adding, “any behavior or speech that is against the Olympic spirit, especially against the Chinese laws and regulations, are also subject to certain punishment.”

It remains to been seen if any athletes will choose to use the Winter Olympics as a platform for political, religious, or other controversial forms expression, but with the ISU aligning their guidelines on the freedom of expression with the IOC’s, it seems clear that any athlete or other stakeholders that choose to do may find themselves on thin ice.