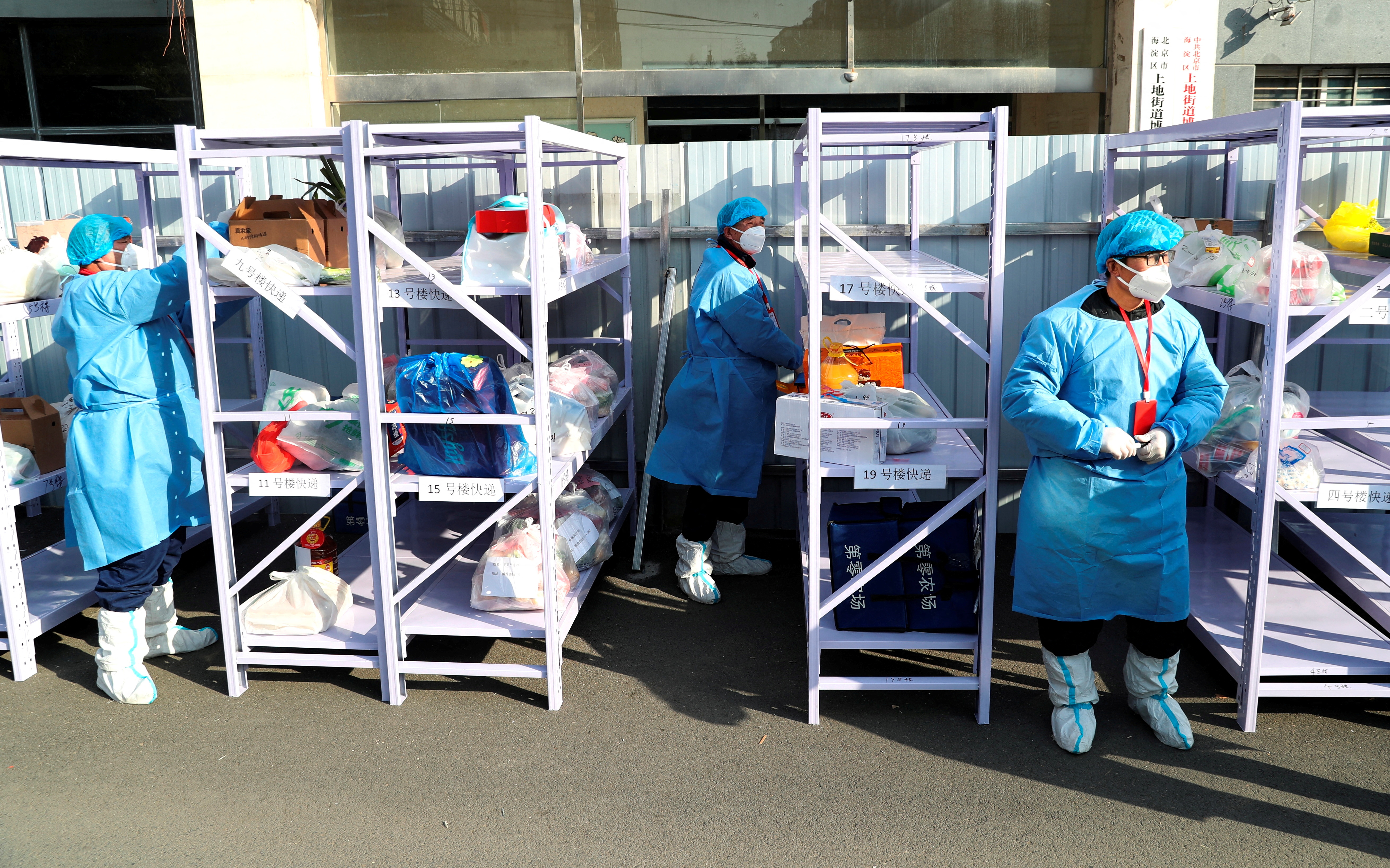 FILE PHOTO: Workers wearing protective suits following the coronavirus disease (COVID-19) outbreak stand next to daily necessities placed on makeshift delivery racks, at a residential compound under lockdown after a case of the Omicron variant was detected, in Beijing's Haidian district, China January 18, 2022. China Daily via REUTERS ATTENTION EDITORS - THIS IMAGE WAS PROVIDED BY A THIRD PARTY. CHINA OUT./File Photo

Beijing has been on high alert since the Omicron strain of COVID-19 was recently detected in Tianjin, a major port city just a short train ride away from Beijing. The variant has also been detected in three other provinces: the central province of Henan, the southern province of Guangdong and the northeastern province of Liaoning. With news of a reported case of Omicron in Beijing, a woman who lives and works in Haidian and hasn’t left Beijing in two weeks, the city is taking no chances ahead of the Winter Olympics.

New rules for travelling to Beijing will also come into effect starting January 22. All travelers will be required to get a COVID-19 test within 72 hours of arriving in the capital. The authorities have also closed schools and universities. Online classes have also been ordered for students extending through the duration of the Games.

Omicron adds to the increased risk of COVID-19 transmission as more people travel across the country and are set return to China from overseas for the Lunar New Year holiday.

Government officials have advised residents to shelter in place and not to return to their hometowns during the holiday. Authorities have also closed popular tourist destinations, including sections of the Great Wall. 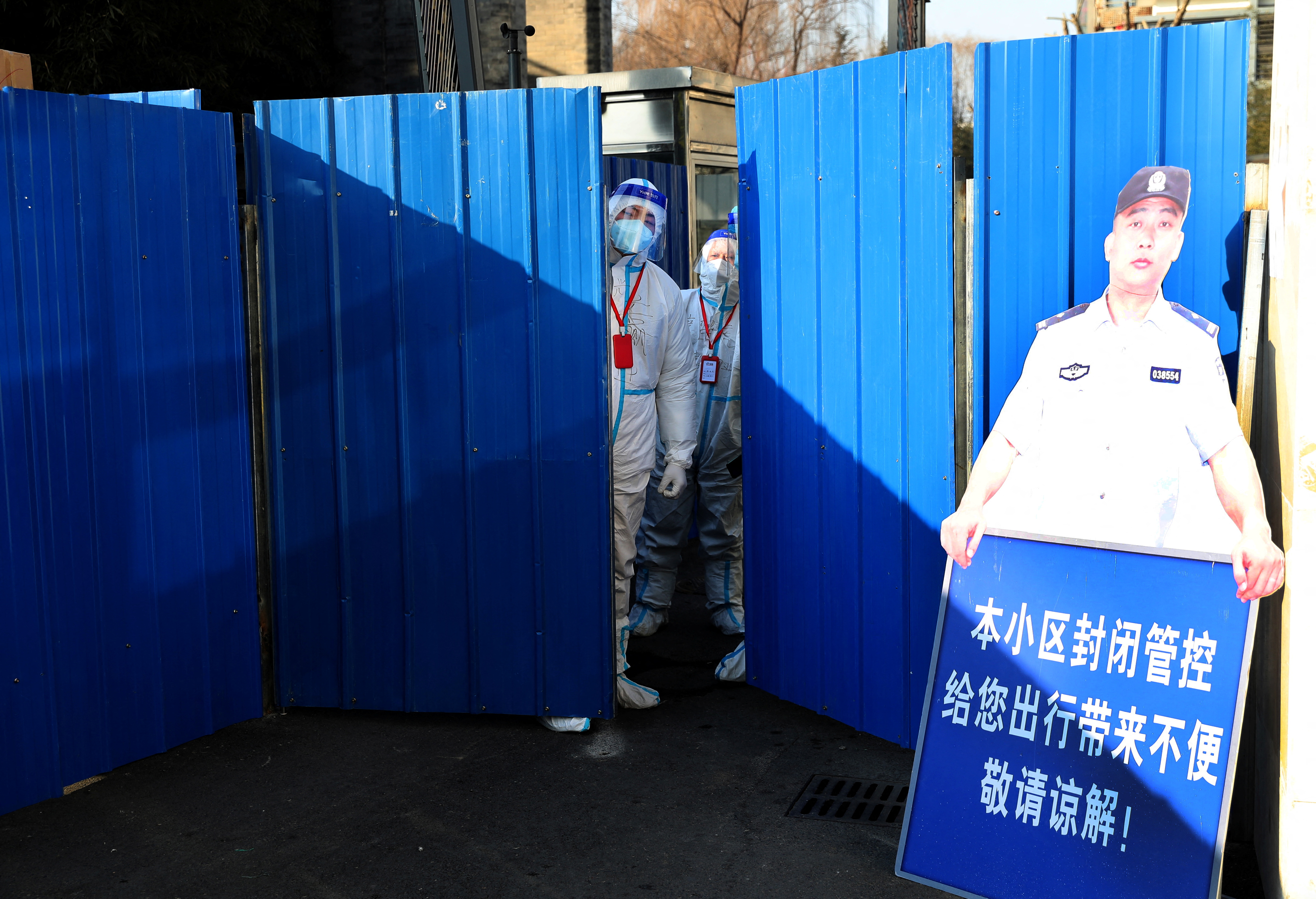 Workers wearing protective suits following the coronavirus disease (COVID-19) outbreak stand at an entrance to a residential compound under lockdown after a case of the Omicron variant was detected, in Beijing's Haidian district, China January 18, 2022. Picture taken January 18, 2022. China Daily via REUTERS ATTENTION EDITORS - THIS IMAGE WAS PROVIDED BY A THIRD PARTY. CHINA OUT.

Shanghai and other cities in China have also been locked down as new testing has been focused in specific neighborhoods.

In a press conference National Health Commission spokesman Mi Feng said the country faced a “twofold challenge” from both the Delta and Omicron strains. He warned that regions that had not yet seen outbreaks “must not relax” their prevention measures.

Most Olympic athletes and delegations will be charting their own flights and be confined to a closed loop, competition bubble - encompassing the venues, stadiums, athletes village and transportation portals throughout the three competition zones of Beijing, Yanqing, and Zhangjiakou.