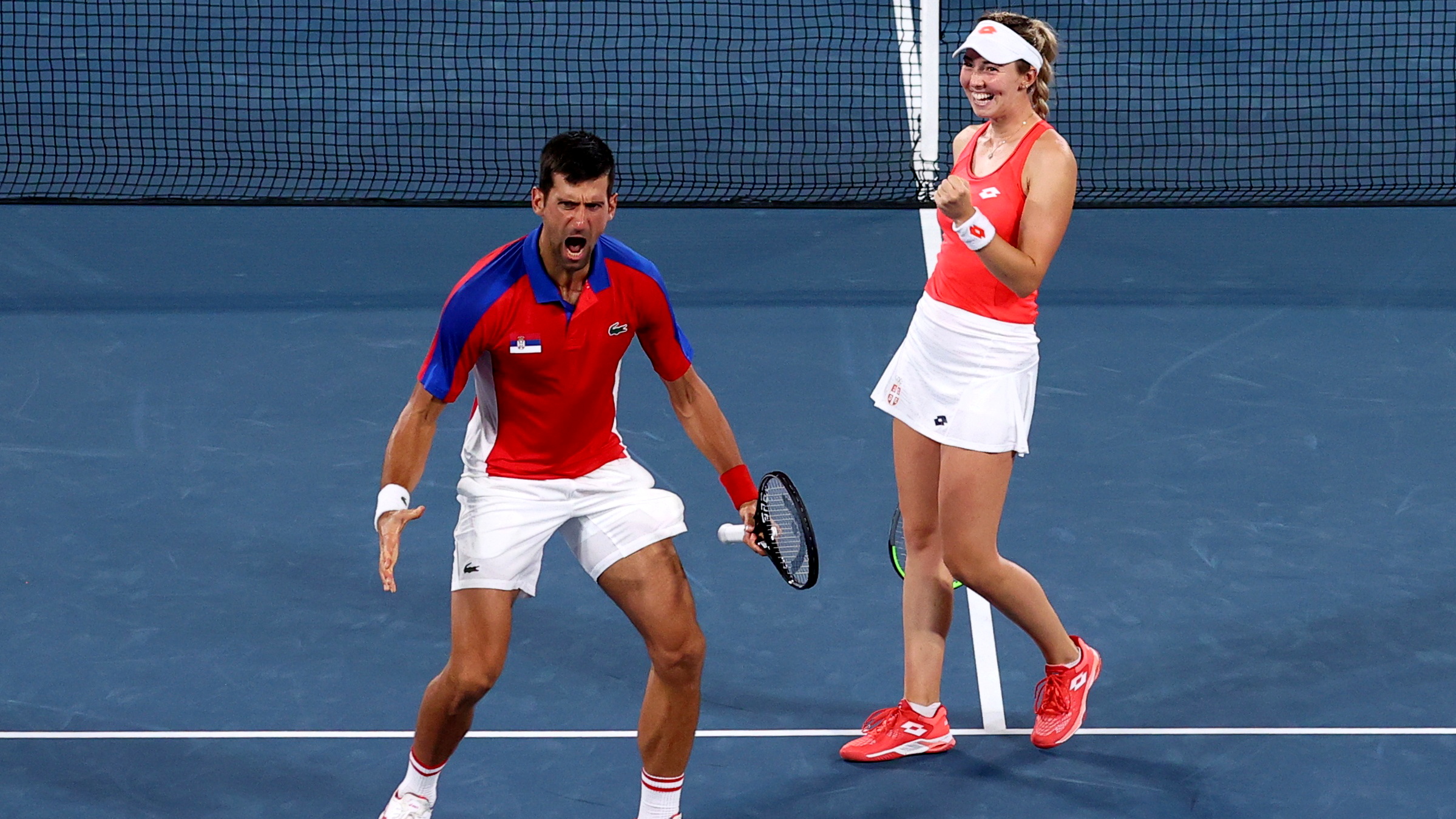 TOKYO - Novak Djokovic is not only the world number one and in the running to be the most successful tennis player in history: he is also a unionist at heart, and he proved it on Wednesday by twisting the arm of the organization of tennis at the Tokyo 2020 Olympic Games.

“I’m happy that they made the decision to reschedule the first match to 3 PM. We did talk to them today,” said the Serb, who advanced to the quarterfinals of the singles and mixed doubles tournament.

“When I say we, it is Zverev, Medvedev, myself. (We) went to speak directly to the supervisor without the team captains and I also spoke to Kachanov and Carreño Busta, so most of the guys in the quarterfinals supported the request to start later. That request was already made four days ago.”

The heat and humidity in the Japanese capital are atrocious, and Djokovic and other stars had been asking for days that the day’s play should not start at 11 a.m., because that would mean several hours of sunshine on the cement of the Ariake Tennis Park.

The International Tennis Federation (ITF) had announced hours earlier the change. “In the interests of player health and welfare and following extensive consultation, the ITF has announced a change of schedule due to the increasing heat and humidity currently being experienced in Tokyo, Japan. Tokyo 2020 Olympic Tennis Event matches will begin at 3pm from Thursday, 29 July 2021.”

The world tennis governing body added that it did not take the decision alone, nor exclusively because of pressure from players led by Djokovic.

“The decision to start matches at 3pm JST from Thursday is possible due to the outcomes of today’s matches across the five competitions being staged and the size of player field, and is designed to further safeguard player health. It has been made following consultation with the IOC, Tokyo 2020, Olympic Broadcast Services as well as the Olympic Tennis Event players, referee, medical experts and other key stakeholders.”

The Serb, champion of the three Grand Slam tournaments played this year and in search of the Golden Slam, slipped a criticism to the slowness of the ITF to decide.

“Ideally we would have wanted to have that five days earlier, but now it’s very good, because you don’t want to see situations like the ones you saw today with (Paula) Badosa. Conditions are brutal. People think that we are complaining, etc, etc, but tennis needs to be considered as an endurance sport. All endurance sports are happening later in the day. Marathon, etc, is happening in the evening, because the combination between the high humidity and the high heat is....” 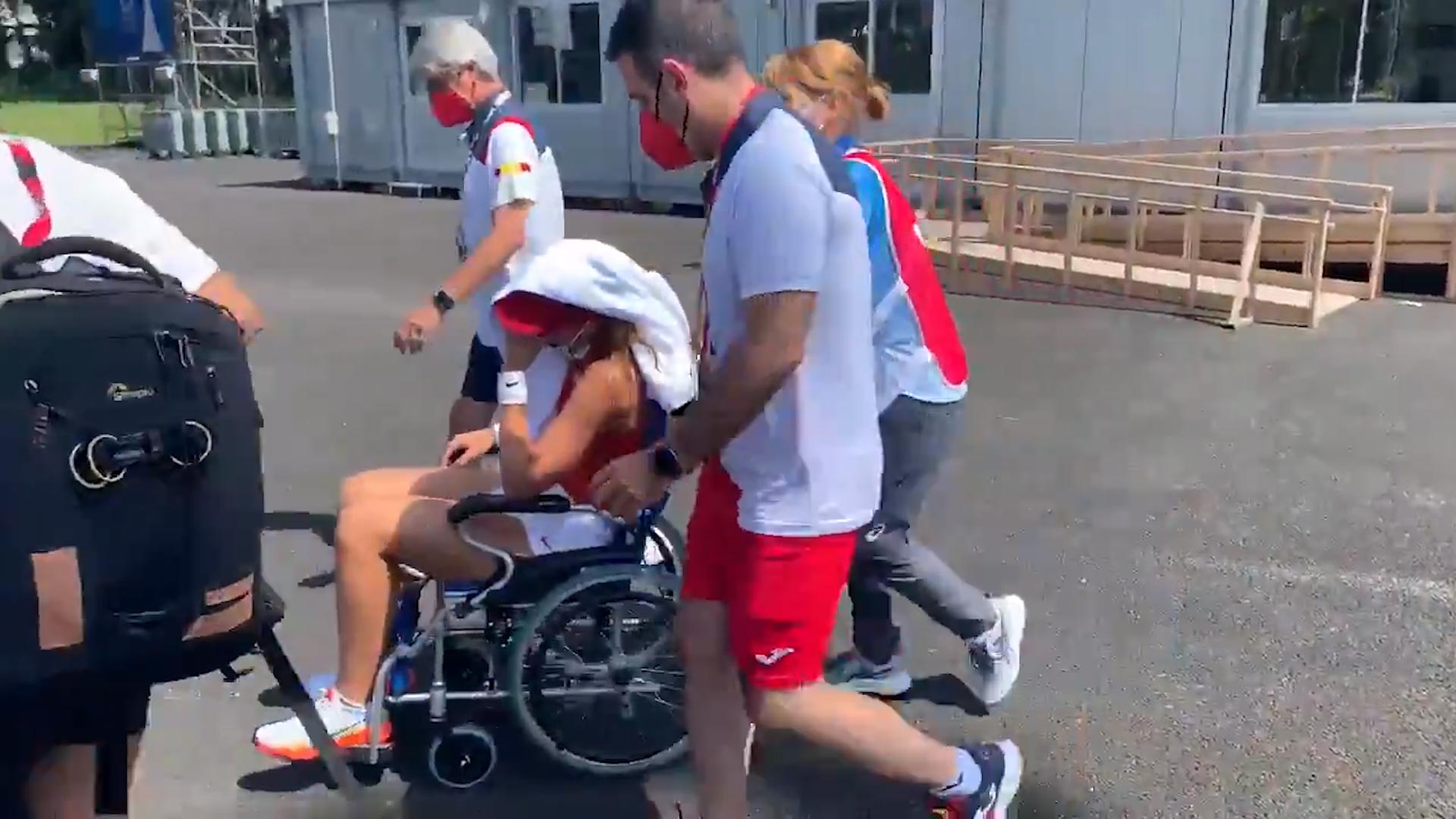 “I played tennis for 20 years and I never faced these kinds of conditions in my entire life. On a consecutive daily basis. I did experience similar days in Miami or New York, but it’s one or two days and then it passes. This is every single day. So, it’s really draining players’ energy and you don’t feel yourself. For everyone it is better, for viewers it is better to see players playing quality tennis. I’m really glad they changed.”

Djokovic, who faces local idol Kei Nishikori on Thursday, does not want the same thing to happen to him as in Rio 2016 (eliminated in the first round) and London 2012 (eliminated in the quarterfinals), two tournaments in which he was thwarted by Argentina’s Juan Martin del Potro.

“Rio was a very tough loss for me, I came to Rio being the big favorite, winning four of the last five Grand Slams, world number one.... That feeling is kind of similar now, but I’m a more experienced player, I know mentally what I have to do.”