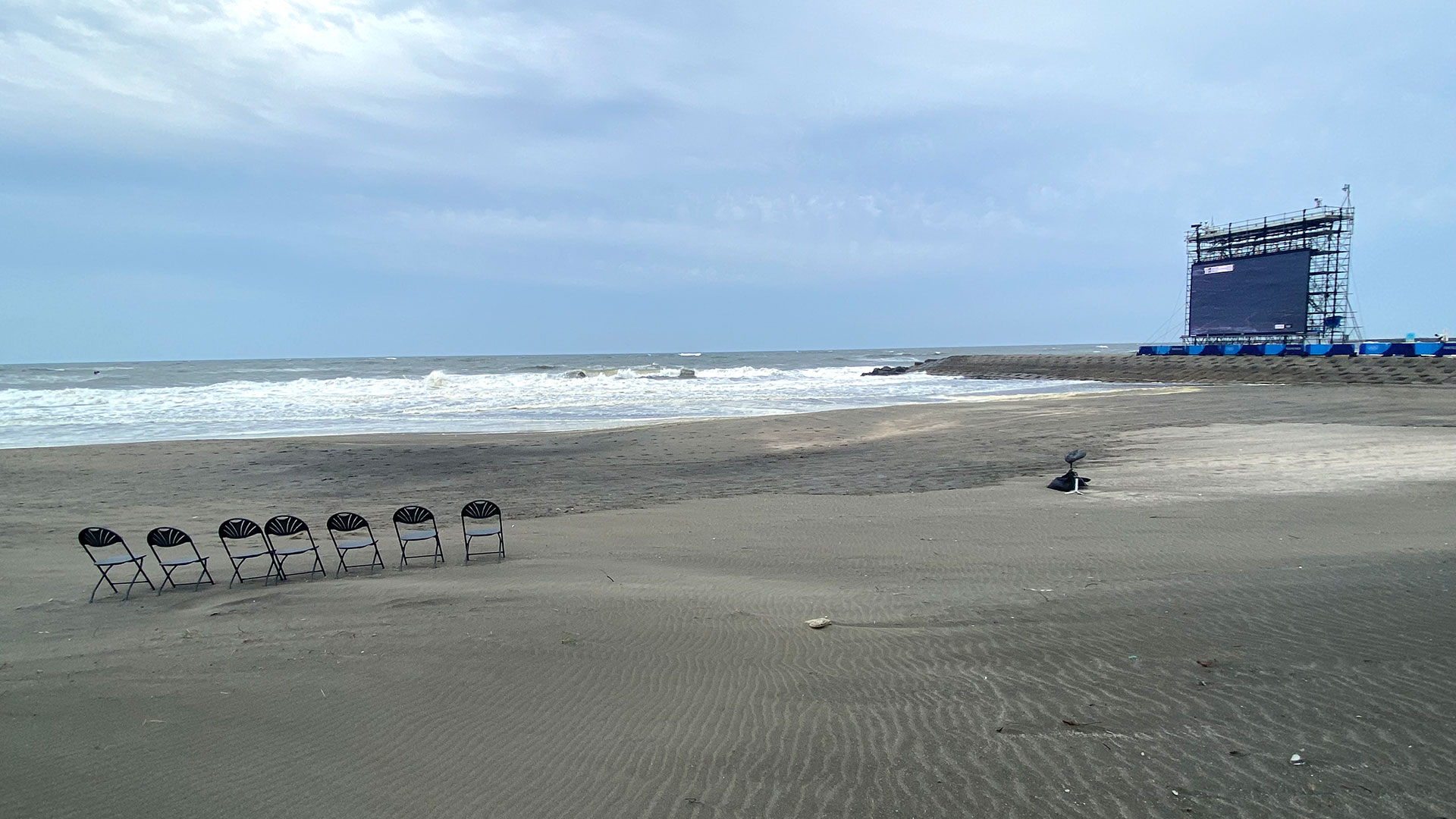 The emptiness of Tsurigasaki Surfing Beach

TSURIGASAKI BEACH (JAPAN) - At Tsurigasaki beach, the sand is dark, shines at times like silver and burns the feet. There, 100 kilometers south of Tokyo, history is being made, because it is the first time that surfing is at an Olympic Games. Twenty men and twenty women struggle to tame the waves in half-hour sessions. At the end, when they leave the water they return to the sand, look up and see... almost nothing.

Tsurigasaki Surfing Beach is perhaps the clearest scene of Olympic dystopia. It is evident the interest that put the International Surfing Association (ISA) to achieve a special event, different. There is a meadow of soft grass overlooking the sea, there is a museum of surfing history, there is a whole installation called “Surfing Festival”, there are hammocks, rugs, comfortable cushions to spend time protected from the sun, there is music that one could listen to all afternoon without getting tired. 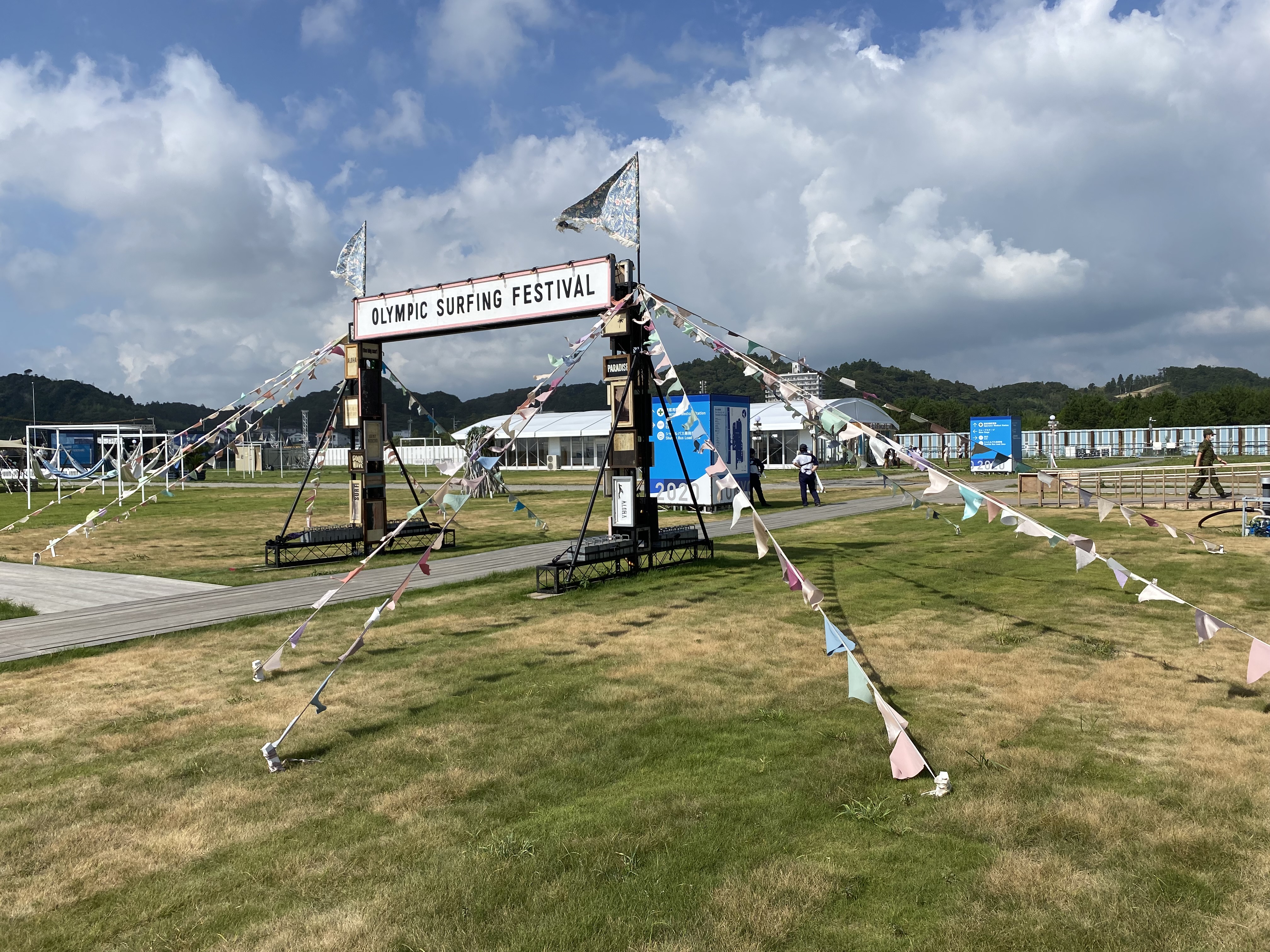 The Olympic Surfing Festival, a great idea whose audience was taken away from it. 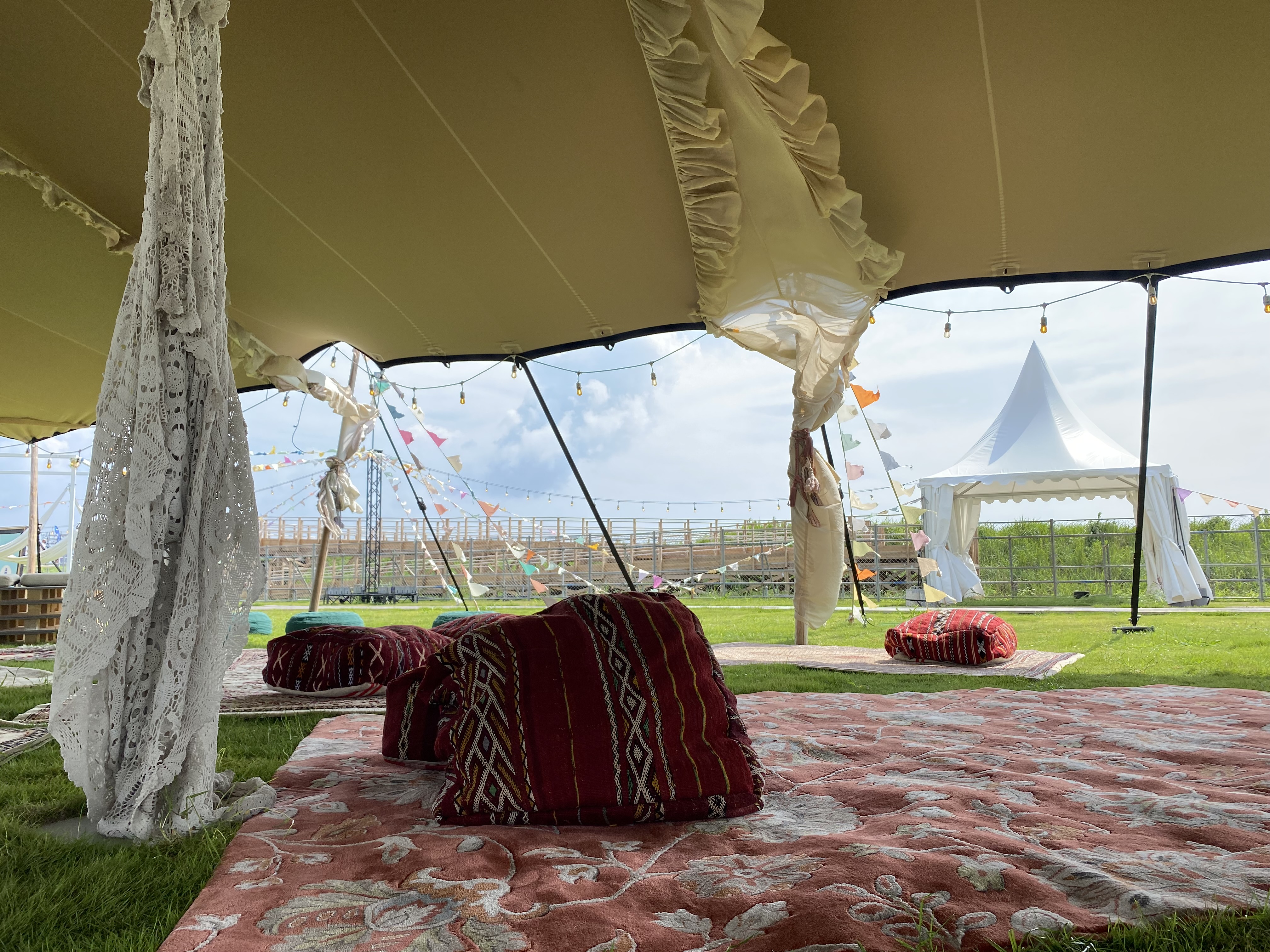 The Olympic Surfing Festival, a great idea whose audience was taken away from it.

There is a wooden walkway to follow from there what is happening further and further down in the water. And down there are two giant screens, huge, showing the competitors in the water. And between those two screens is a kilometer of sand stretching wide and from north to south. Empty, except for a handful of people from the participating teams or from the technical area of the event.

There are no people. Surfing in Tokyo 2020 has been stripped of its soul. The situation resembles the effect of a neutron bomb: nothing was destroyed, everything is intact, but there is no life there. What little life there is is in the sand, and it consists of the competitors, their technical equipment, the judges, some volunteers and, a little further away, a handful of photographers and journalists.

What happened to the surfing is simply a shame. Crowding people into an enclosed space is one thing, allowing a couple of thousand into a wide open space where the wind is constantly blowing, another.

“This was going to be the most impressive surfing event in history. It still is, but I’m really sad that people won’t be able to see it.... With all the work they put into this,” says Kanoa Igarashi, one of the Japanese surfers who starred in the tournament.

“This is the most beautiful thing I’ve ever seen, as a surfer I never thought I’d see anything like this. It doesn’t get any better than this, all my appreciation to the people who organized this. It’s a shame what we are living with the pandemic.” 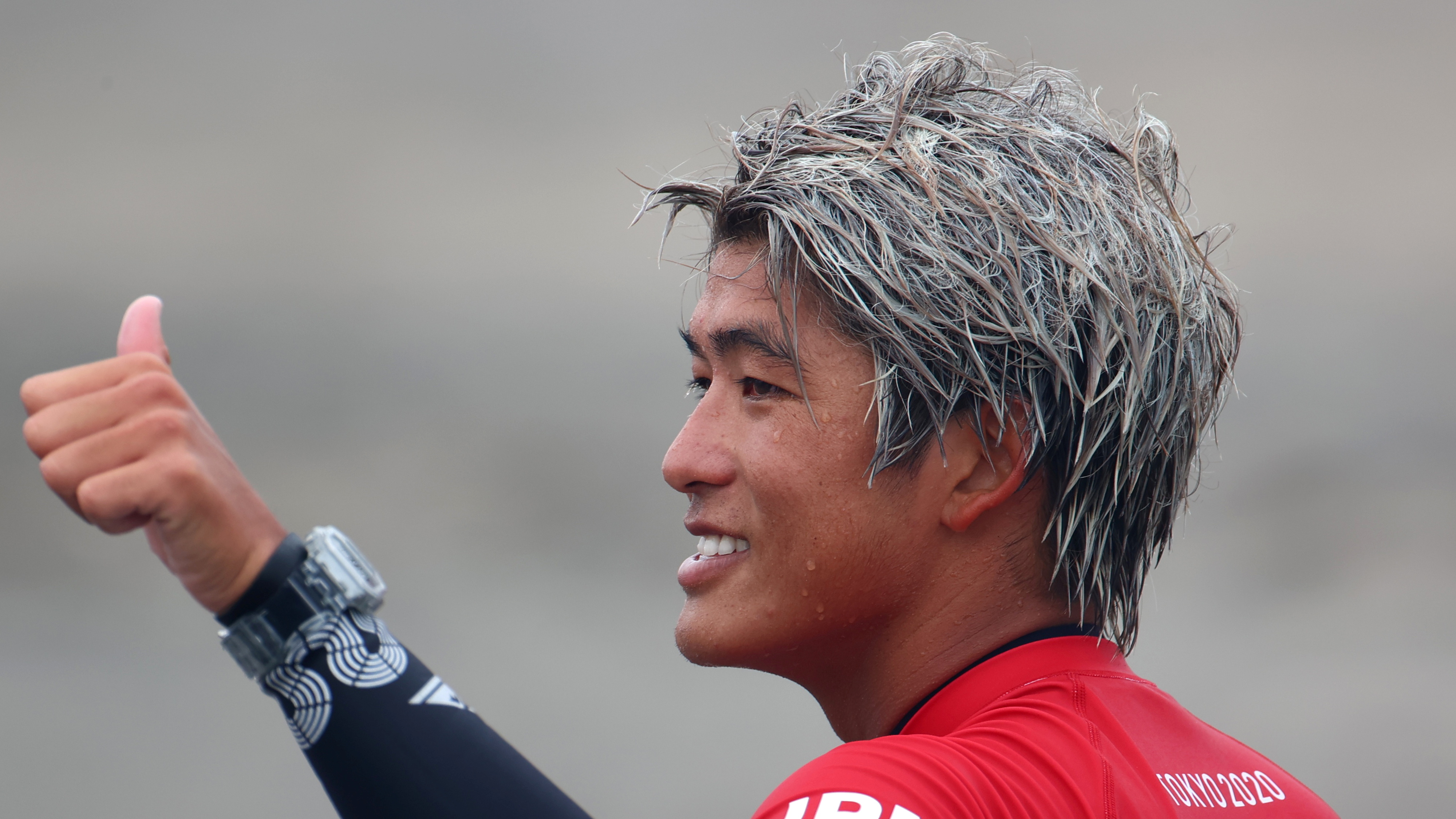 Fernando Aguerre, the Argentinean who presides the ISA, had spoken five years ago, when surfing was assured to enter the Olympic program, that in these Games in Jap, Pearl Jam and Jack Johnson would perform for surfers and spectators on site. The surf event would thus be much more than surfing. The covid-19 and Japan’s poor handling of the vaccination left the Olympics without spectators. And the surf beach, empty.

“I would have liked them to at least let the Japanese public in,” Aguerre told Around the Rings. “But you have to respect it, it’s what they want.”

Brazilian Gabriel Medina, one of surfing’s biggest stars, walks by and says “the world is very crazy.”

“I would have loved for the beach to be full of people. I love surfing when people are watching me, it gives me extra motivation. but I’m sure many are following me online,” Medina told Around the Rings.

“The Olympics is a huge thing for the sport. There are so many landlocked countries that are watching us..... People, like this, understand surfing, understand how it’s done. It’s a beautiful sport, I love surfing. If you try it once, you fall in love.” 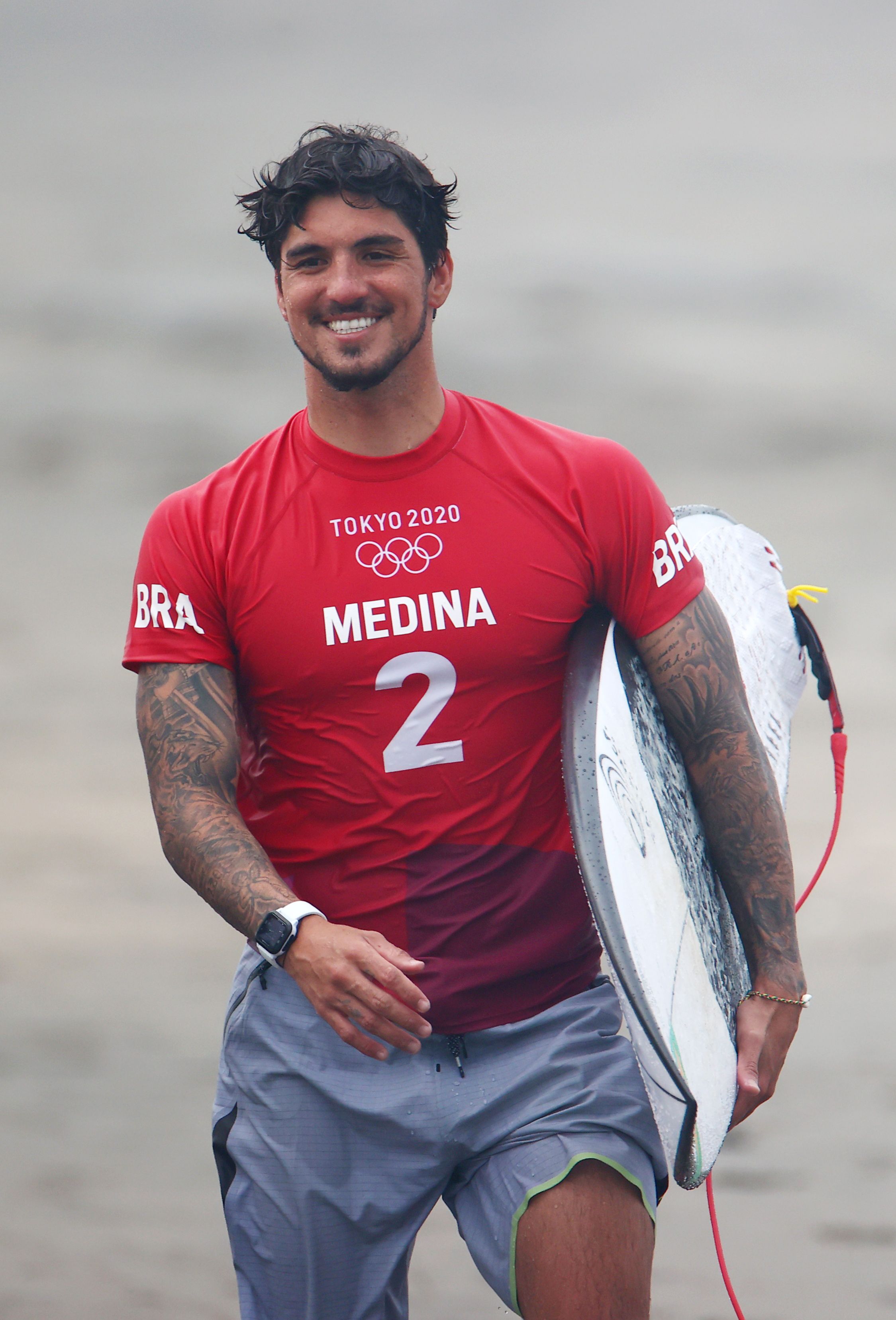 And the many IOC members and leaders of other sports federations who have visited Tsurigasaki beach in recent days must think something like that. It makes sense: Tokyo is, in its Olympic dimension, a hyper-controlled city, and although the beach must be reached without leaving the bubble, the spaciousness, the view of the sea, the noise of the waves, the wind and the sun generate a sense of freedom that is not found in almost any of the other venues.

In three years, Paris 2024 will take surfing to Tahiti, while four years later, in Los Angeles, it will be a purely urban sport, on the city’s beaches. Something similar will happen in Brisbane in 2032, with South Bank Beach as the venue.

The days of competition in Tsurigasaki showed that surfing has arguments to be firmly established as an Olympic sport. Not only because of the interest it generates, but also because of the spectacular television broadcasting, which is not at all simple: there are cameras in the sand, in the water and in the air. And that makes it possible to generate images that make viewers feel that they are there, paddling waves with the protagonist.

Japan’s Igarashi explained Monday with detail and sensitivity why he believes surfing is a sport that bears no comparison to any other on the Olympic program.

“We bring a lot of personalities to the Games, and the connection we have with the ocean, the fact that we’re competing against something that’s not a solid object, you know? You have to surf what the wave asks of you, adapt to its rhythm, and that’s something I don’t see in other Olympic sports. You have to adapt because anything can happen. We have 30 minutes to fight against Mother Nature. It’s unique, a great challenge.

“Tokyo 2020 gave us the best facility in the history of surfing - and there’s going to be waves! I can’t believe it”: ISA’s president Aguerre, sleepless in Japan