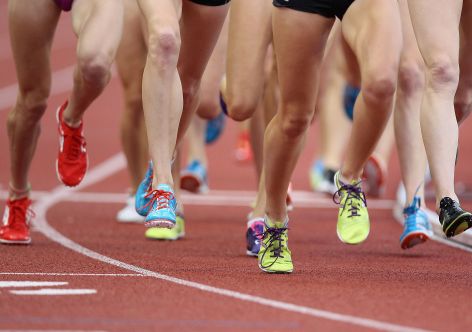 EUGENE, OR - JUNE 28: Runners compete in the Women's 5000 Meter Run Final on day seven of the U.S. Olympic Track & Field Team Trials at the Hayward Field on June 28, 2012 in Eugene, Oregon. (Photo by Christian Petersen/Getty Images)

(ATR) European Athletics President Hansjörg Wirz tells Around the Rings athletics will only participate in the 2019 European Games if it adds value to the sport.

The federation announced on Mar. 26 its involvement in the newly-created 2018 European Sports Championships, a competition combining athletics, cycling, golf, rowing, swimming and triathlon.

The European Olympic Committees was quick to calm fears about its impact in diluting the European Games brand.

A major athletics program is conspicuously absent from the inaugural European Games in Baku. A street athletics event involves only pole vault and high jump events.

The EOC had been unable to strike a deal with European Athletics due to a longstanding agreement with the European Broadcast Union to televise its team championships in Cheboksary, Russia from June 20-21.

Speaking exclusively to Around the Rings, Wirz said EA was willing to open to talks with the EOC, but there was no guarantee it would bring a full athletics program to the 2019 European Games.

Keen to distinguish between the European Sports Championships and the European Games, Wirz insisted the new 2018 venture in Berlin and Glasgow was simply a coordinated effort with the federations to better showcase their sports and improve revenues.

The outgoing European Athletics president said the EOC had yet to approach the federation to seek their involvement in the 2019 edition.

"Now they have to talk to us… what the plans are and how we can be [a part]," Wirz said to ATR.

"We have to know which direction they are going, what that means. Where is the value going and how does that influence the value the sport has. We have to have financial income to develop our sport and create new generations."

Wirz said that that EA was not supported by government funding and dependent on events and sponsorship revenues.

"You cannot have a decision on dreams and wishes but on reality… what is the market and income," Wirz added.

"It is a complex picture. You have to look at the different elements that help to develop the sport or it is a danger and the sport becomes in a difficult situation.

"We need first talks to see what is feasible."

Wirz said EA was always "looking for places where we can organize our events", opening the door for serious discussions about the European Games.

"Our concept can be done in different places and coordinated in a manner that the values are existing."

Wirz will make way for a new EA president in April. He gave no commitment to the federation partnering with the EOC until further details were known.

The EOC is currently considering three or four serious bids for the 2019 European Games, with a decision on the host city due in mid-May. It will be tailor-made to the city and is likely to feature a different mix of sports to the Baku 2015 event.

"We cannot make a decision when we don’t know the facts and what position that creates in the market," he said.

He also noted that the 2019 IAAF world championships might be an issue. Doha will stage the track and field champs in September and October that year. However, this time frame might work in favor of athletes participating at the European Games in the summer, providing training platform for European athletes going to Doha.

"We are interested in what can be organized and what can be implemented in the way that the position of athletics is strengthened," he added.