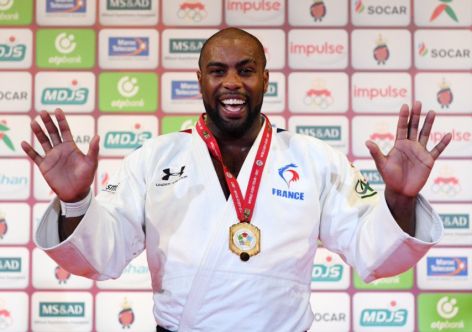 (ATR) French heavyweight judoka Teddy Riner now has a world title for every digit of both hands.

The 28-year-old from Guadeloupe is unbeaten in 144 consecutive matches after dispatching Toma Nikiforov of Belgium in the final of the openweight world championships in Marrakech, Morocco over the weekend.

Taking to Twitter after his latest win, Riner told his followers "I’m a happy man tonight! Thank you for your encouragement at every competition!"

His 10th world title comes only two months after he captured his ninth in Budapest. He broke the judoka record in 2015 by winning his eighth title.

Riner, who was co-chair of the Athletes’ Commission for the successful Paris 2024 Olympic bid, will be going for a third straight Olympic title in the +100kg category at the Tokyo 2020 Games.